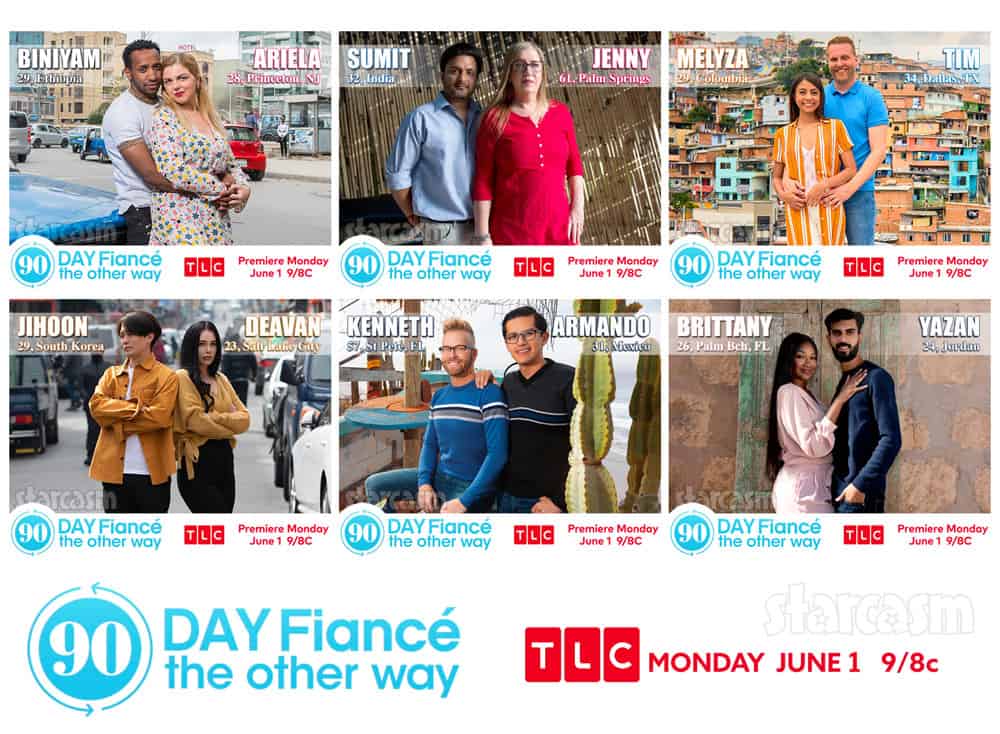 TLC has just released the first preview trailer for the second season of 90 Day Fiance: The Other Way! OG couples Jenny and Sumit as well as Deavan and Jihoon will be returning, and they will be joined by four other new couples — including the franchise’s first gay men!

Here’s the preview trailer for the new seasons, which is set to premiere on Monday, June 1 at 9/8c on TLC:

Romance knows no boundaries! Six Americans are giving up everything to start over in a new country..all in the name of love. The new season of #90DayFiance: The Other Way premieres Monday, June 1 at 9/8c. pic.twitter.com/aY6AE1u5AS

Romance knows no boundaries! Six Americans are giving up everything to start over in a new country..all in the name of love. The new season of #90DayFiance: The Other Way premieres Monday, June 1 at 9/8c.

And here are all six of the couples featured on 90 Day Fiance: The Other Way Season 2 along with their bios from TLC: 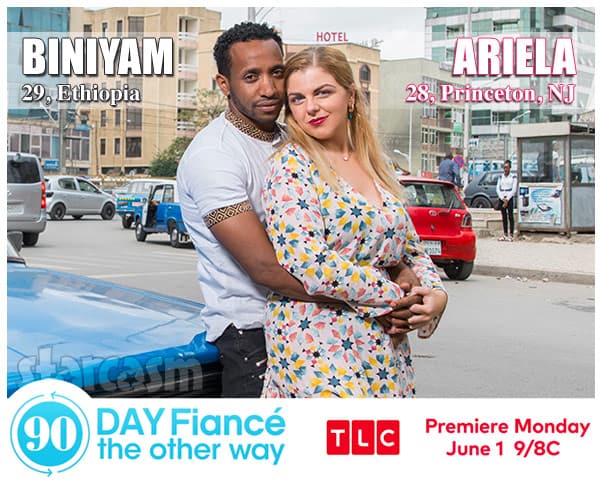 Ariela (28) from Princeton, New Jersey and Biniyam (29) from Ethiopia

Ariela, a recent divorcee, had no plans to fall in love again this quickly. While on a soul-searching trip around the world, she met Biniyam in Ethiopia and ended up staying for a couple of months. Before returning to America, Ariela found out that she was pregnant. She decided to eventually move back to Ethiopia for the birth of their baby so that Biniyam could be present. However, the living conditions and healthcare system where Ariela will give birth and live with her new family make her and her family nervous for this big move.

UPDATE – There’s something pretty major that TLC left out of Biniyam’s bio! Click here for the spoiler, which is sure to be a “big secret” reveal on the show this season. 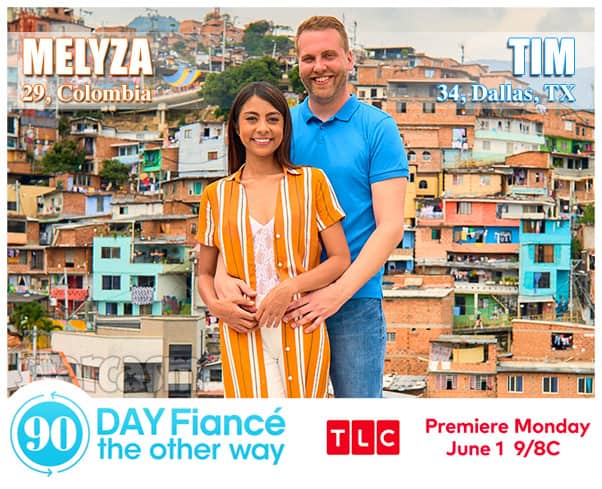 Tim was out one night when he spotted Melyza at a bar, he introduced himself and they hit it off right away. At the time, Melyza was working as an au pair and planned to leave town in a few days, but they had such a strong connection that they decided to try dating long distance with the plan of Melyza eventually moving to Texas. However, Tim did something to lose Melyza’s trust, so to prove his love for her, Tim is now moving to Colombia. Melyza’s mother also doesn’t trust Tim, and thinks he has a lot to prove for her to support their relationship. 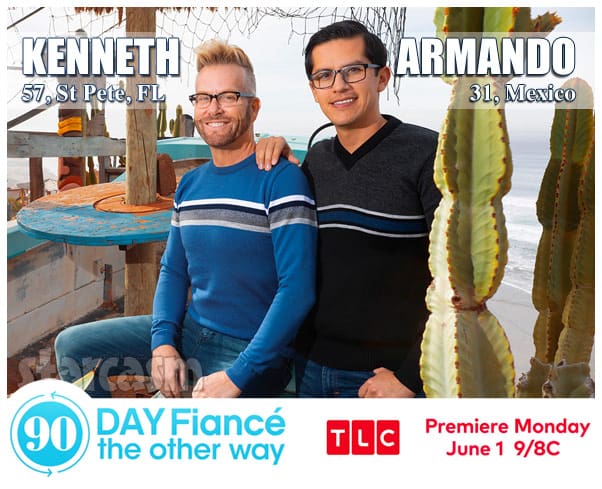 Kenneth (57) from St. Petersburg, Florida and Armando (31) from Mexico

After meeting through a gay father’s support group, Kenneth and Armando had an undeniable bond, despite their 26-year age difference. The two are determined to make their love last, so Kenneth is leaving everything he knows behind and moving to Mexico to start a new life with Armando and his daughter. But Armando’s family is not accepting of his sexuality and because of this, he has yet to tell them about Kenneth. 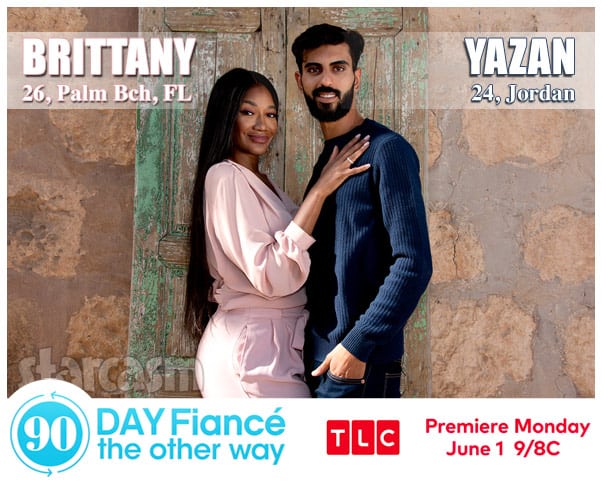 Brittany (26) from Palm Beach, Florida and Yazan (24) from Jordan

Brittany and Yazan knew it was love at first sight after meeting over video chat through Yazan’s sister. Now Brittany is moving to Jordan, but a few things stand in the way; Yazan is a devout Muslim and Brittany believes she is too independent for religion and has no plans to convert to Islam, and her provocative nature may not be accepted by Yazan’s conservative family. Additionally, Yazan’s family won’t let them move in together until they are married, which will inevitably be delayed since Brittany is holding onto a secret that could ruin everything. 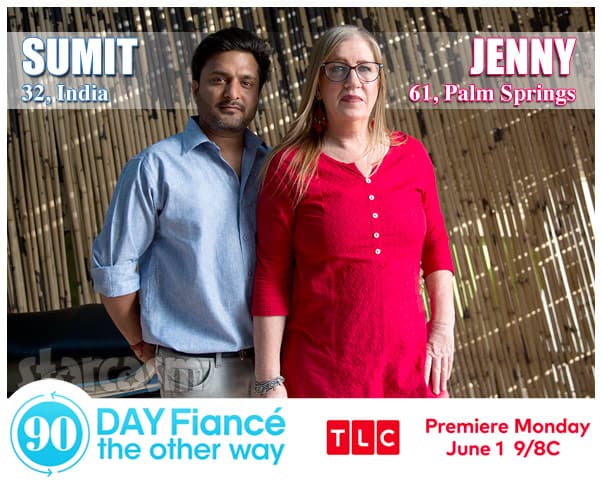 Jenny (61) from Palm Springs, California and Sumit (32) from India

After uprooting her life once for Sumit, Jenny is once again ready to move back to India for the love she believes is real. Their relationship was thrown off course last season when Jenny found out that Sumit was in an arranged marriage with someone else. After her initial shock, Jenny had no choice but to return to America with nothing but empty pockets and a broken heart. This time around, Sumit is promising that he will never lie again and that he and his wife are finally getting divorced. Jenny is heading back to India with a positive and hopeful mindset. 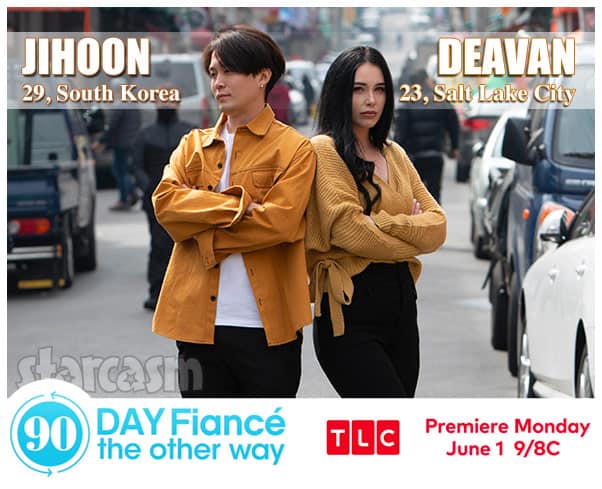 After experiencing life as a single mother, Deavan thought that she finally found the man that would be her partner for life. Deavan, her mom, and her two children are now going to South Korea so that Deavan and Jihoon can finally start their life together. However, upon arrival it is very evident that Jihoon and Deavan have several cultural obstacles that they need to overcome, in addition to their language barrier.