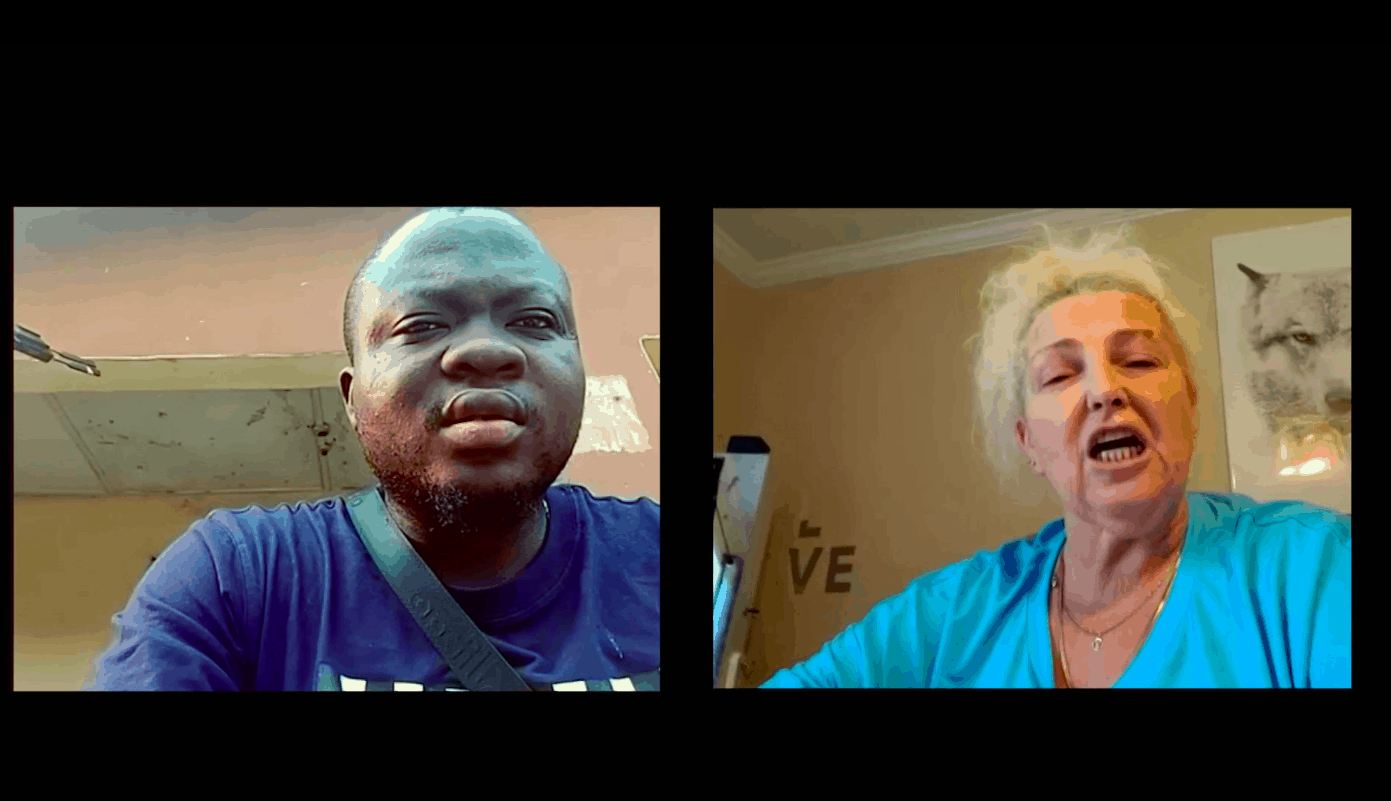 On tonight’s episode of 90 Day Fiancé: Happily Ever After, Michael comes up with a plan for his wife Angela to carry his child while he’s still in Nigeria. Because of the pandemic and immigration issues, he cannot come to America right now, and he has worries about how long Angela, who is 54-years-old, can be physically able to have a healthy pregnancy.

Angela, who is feeling herself after healing from weight loss surgery and a boob job, is not too impressed with his idea. Michael says his number one priority in life is to become a biological father, but their current circumstances are making that dream increasingly hard to achieve.

At the start of the episode, Micahel tells his friends, the Goofballs that he wants to use Angela’s daughter’s egg to help him and Angela have a child. “I hope when I get to the states they take my sperm and put in Skyla’s egg and put it inside Angela’s body,” he says. 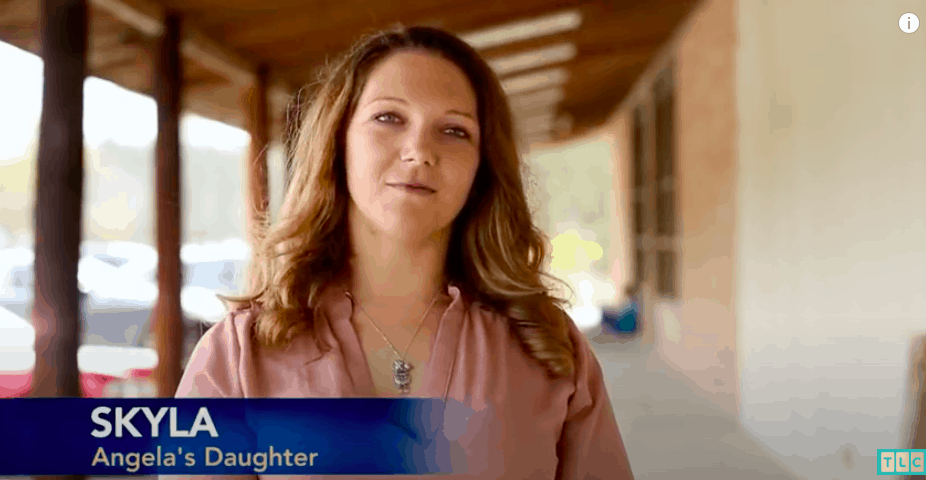 The Goofballs suggest that maybe Michael should not wait until he is in the U.S., and should maybe have a fertility doctor ship his sperm to the U.S. now so Angela can go ahead and carry his child. 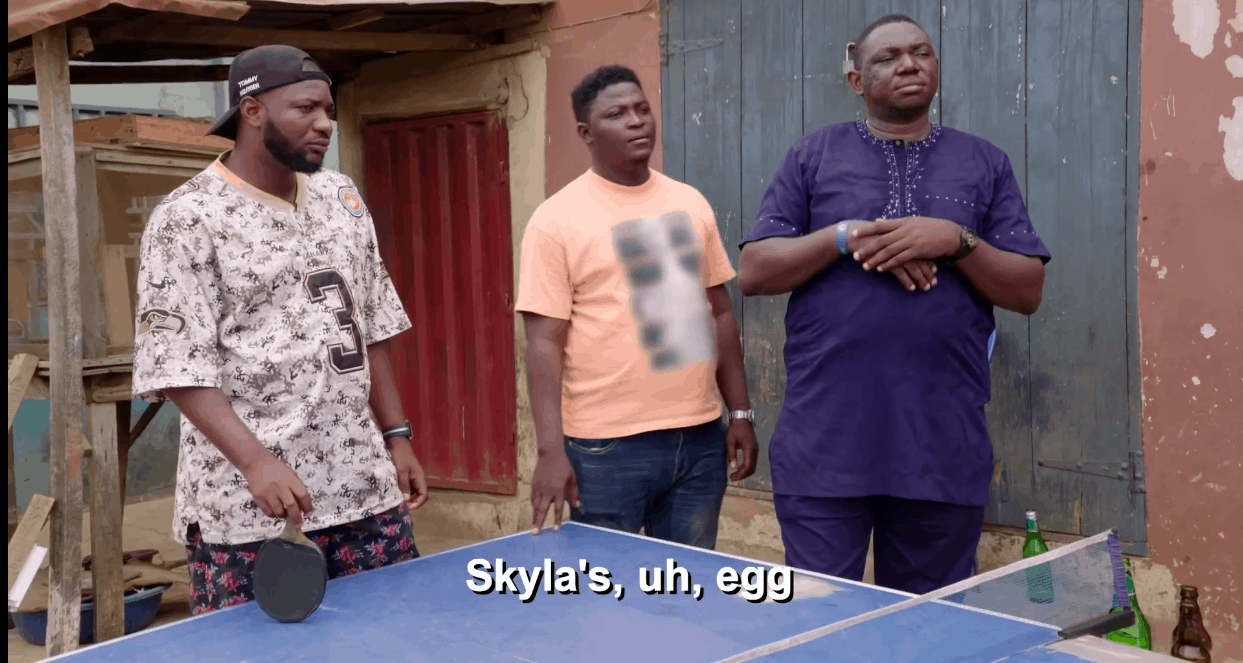 Later, Michael gets on Facetime to tell Angela about his idea to have a child with her. She’s in a bad mood over cleaning up after dogs but cheers up when she starts talking about how great she’s feeling after weight loss surgery. She says she has more energy, but she’s maybe more impressed with how she looks now.

She even reminisces about entering wet t-shirt contests when she was in her 40s.

Michael then brings up the subject of having a baby.

“Are you out of your mind?” Angela replies, incredulous.

Michael says that they need to start exploring their options because “time is not on our side” He explains that he’s recently met up with some friends.

“They better not be the goofballs,” Angela interrupts.

Michael confirms that it was, indeed, The Goofballs and that one of them, Peter, suggested that he have his sperm tested, then frozen and shipped to the U.S. Then, he says, it can fertilize one of SKyla’s eggs.

“She’s not gonna give us her egg, Michael. You have lost your [bleep] mind,” Angela says

“I didn’t do all this to have a baby. I’m gonna enjoy this body I’m getting,” she explains.

Angela lets him know that if he does this, she needs to be on the phone with him while he does it. She decides that even though she doesn’t want to do this, she will go through the motions of a consultation to humor him.

“Now he wants me to tote a baby before he gets here after I went through hell to transform to a healthier lifestyle,” she says, annoyed.

All of this conversation is probably moot because it requires Angela’s daughter Skyla to let them use her egg. She has been asked a few years ago to give Angela an egg so Angeal can “tote” the baby herself, and Skla immediately responded with a hard “no.”

Angela’s other daughter Scottie, who was released from prison last year for pedophilia charges, has not been brought up in this conversation.

Skyla suspects that Angela’s going to ask her for her egg again. “I’m tired of going through the process of telling them ‘No,” she says in confessional. “‘Cause honestly I think ‘No’ is ‘No’ in every language.”

Sure enough, while they are clothes shopping, Angela attempts to make a deal with Skyla. Her offer? One new outfit in exchange for her going to the fertility clinic with her.