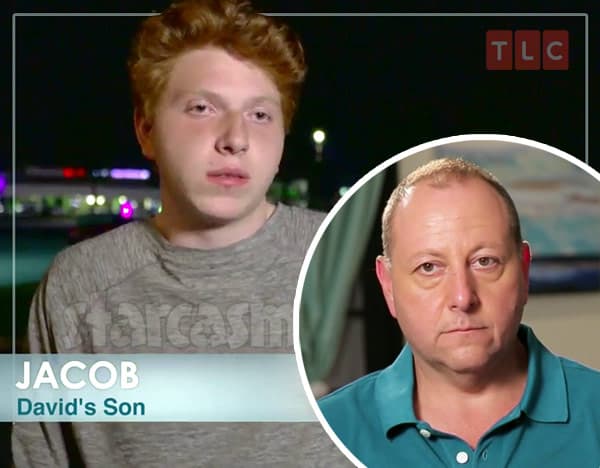 90 Day Fiance star David Toborowsky’s son Jacob Toborowsky is currently recovering after being accidentally shot in the face by a friend on Sunday.

Jacob, who was featured on 90 Day Fiance, was reportedly with a 16-year-old friend when the incident took place. “He pulled the gun out and was waving it around and told him and assured him that the safety was on and that there were no bullets in that gun,” Jacob’s sister Ashley Toborowsky told WDRB.

Jacob was rushed to Louisville’s University Hospital on Sunday, and was released on Monday. “He has got a long road to recovery, a really long road,” Ashley says. “They probably will have to perform surgery on his face to get the bullet fragments out, but right now there’s so much swelling.”

“I am shocked, I am sad and I am super angry,” Ashley continues. “I’m super sad to see him with a bullet hole in his face, and he didn’t deserve that because somebody else wanted to hold a gun.”

Jacob’s mother had just left Louisville on her way to Texas to start her life with her new husband when she got the call. “We had just started out and [we were] 1.5 hours into the journey,” she revealed on Facebook. “So thankful I could turn around and be there!!!”

More updates from Jacob’s mom, including some appreciative words for David, who is in Louisville and helping:

He is resting this week with his dad and sisters. Tomorrow is face surgeon. He is able to eat liquids and soft foods He said he is reading to come with me. Almost had him talked into this a few weeks ago. Yes, you never know what’s a head. Life changes in a blink of an eye.

He will have all of his surgeries down here. Hopefully they will be able to remove bullet one day. What a constant reminder this is. He is doing ok. Hard to absorb the reality of this for any of us.

We are blessed that it lodged in that little pocket. …. as you well know what the other outcome could have been. The issue now is that it is stuck there and of course bullet hole its self and those things are dirty so infection is a concern.

So he could have to live with it for the rest of his life they told him. More to come over next several months. Thank you!!!

This has just shakin us all up. Oh the brevity if life. Today I’m by myself and cannot stop crying. I cannot wait to get him here with me. He sent me a text earlier saying he can’t wait. His swelling is really bad today. I know it gets worse before better. Surgeons office tomorrow. I think we will hear back from the police and investigators today. His dad is taking care of all that. So much to be thankful for!!!!! ??

David has yet to comment publicly on the incident.

Our thoughts are with the Toborowsky family, and we wish Jacob a speedy recovery.

PHOTOS Is that really Anfisa in the nude webcam video? Evidence seems to prove it is!