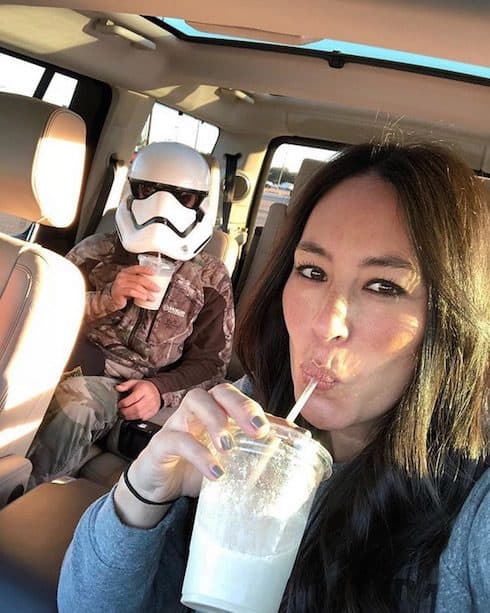 Joanna Gaines’ net worth has exploded over the past two years, thanks in part to a five-fold increase in her appearance fee. The inadvertant disclosure came as part of a back-and-forth between the Fixer Upper star and the lawyers trying to get her to sit for a deposition in a lawsuit involving her furniture company; Joanna, understandably, tried to use her fee as a way of getting out of it.

According to Page Six, Joanna has been subpoenaed in the legal battle between the Standard Furniture Manufacturing Company, which markets the furniture sold under Joanna and Chip’s Magnolia Home brand; and LF Products, which makes the furniture itself:

Gaines is not directly involved in the suit, as it involves Standard Furniture Manufacturing Company, Inc. and LF Products. Standard Furniture Manufacturing agreed to sell “high-end furniture” under the Magnolia House name (which Joanna, 39, owns with her husband Chip), and LF Products was set to make the products. But Joanna allegedly discovered that the manufacturing company was using a different type of raw material than they agreed on, and now the companies are battling in court over the upholstered chairs and couches.

Joanna’s attorneys had claimed that Joanna herself shouldn’t have to testify, since she “has no relevant information because the suit turns on whether the shipped furniture conforms to the contract specifications” — not exactly something that Joanna and Chip deal with. But the judge in the case denied their request, along with the additional defense that Joanna should be paid $150,000 per hour for her time, since she’s been offered that amount for appearances “in the past.”

(It’s also worth pointing out that reclusive celebrities — which Joanna Gaines, with her four children and introverted nature, most definitely is — are sometimes known for jacking up their appearance fees in order to stem the number of requests for their time in the first place.)

Devoteés will recall that it’s only been a couple of years since Joanna Gaines’ net worth was said to be based on an appearance fee of $30,000. (Joanna and Chip also got the same amount per episode of Fixer Upper; it’s not known how much more they make for the show now.) Since then, Fixer Upper has become the biggest show on HGTV, and the network has consolidated its position as one of the most popular networks on cable.

In fact, Joanna and Chip’s net worth and earning power have grown to such an extent that they’re reportedly willing to step away from Fixer Upper until Discovery’s purchase of Scripps, HGTV’s parent company, is finalized later this year. By then, the current rumor goes, the Gaineses will have renegotiated their contracts on more favorable terms, paving the way for Fixer Upper‘s triumphant return in 2019. (Click here to read the full report on the possibility of Fixer Upper coming back next year.)

Of course, Joanna and Chip have one more piece of business to attend to between now and then: the birth of their fifth child later this summer.