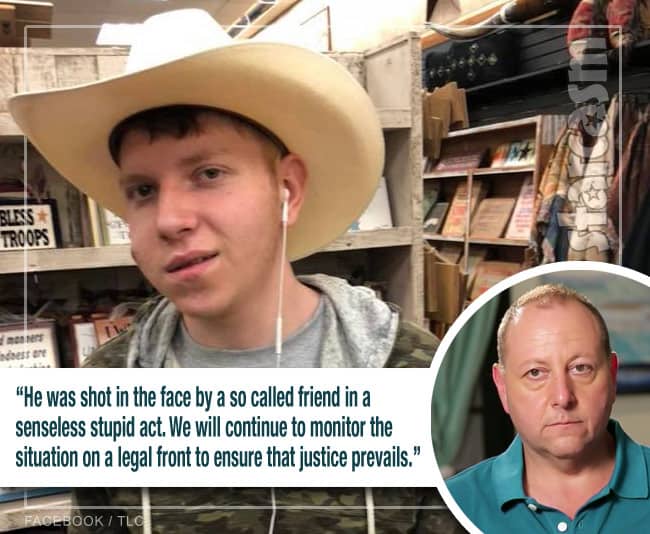 We reported last week that Jacob Toborowsky, the son of 90 Day Fiance star David Toborowosky, was recovering after being accidentally shot in the face by a friend. This week his parents shared photos and updates on Jacob, who is currently with his mother in Texas.

Here is the statement from David posted on Sunday followed by an Instagram post made by David’s wife Annie:

On behalf of my family we wanted to thank each and everyone of you for the thoughts and prayers that have been sent and said for Jacob Toborowsky.

He was shot in the face by a so called friend in a [senseless] stupid act. We will continue to monitor the situation on a legal front to ensure that justice prevails.

Jacob went to Texas today to continue his recovery and possible surgeries. I will update as I can.

Again, we thank you from the bottom of our heart for the prayers and ask for continued prayers as he has a long road ahead of him.

As David stated, Jacob flew to Texas on Sunday to continue his recuperation with his mother, who is recently remarried and was in the process of moving to Texas from Louisville when she got the call about Jacob’s shooting. She shared this lengthy update on Monday, one day after Jacob’s arrival:

Update on Jacob Toborowsky. Jacob did well on the flight, he said he enjoyed the flight. He said Texas is warm compared to KY ??. He got settled into his new room got a tour of the place. Took a nice long shower, took medicine and hit the sack. He ate very well last night. Swelling has gone down tremdously, he is able to move his mouth to speak some. Still on extremely soft foods. If he gets it in his mouth, he cannot chew at this time.

He can only open his teeth about an inch apart. But that is so much better than a few days a go. You can really see the entry wound now because of lack of swelling. To those who do not know, it will look like he hit his face and this area is scabbing over.

Will start on doctor appointments this week. Looking for a good counselor as well. Hopefully can find something west of Houston. Our goal is to get some other professional opinions on removing the bullet.

So, thankful on so many levels. Well, I have tons of chores to do and I have to start unpacking and working on the place, since my stuff is everywhere now lol

Jacob’s mother mentions the fact that Jacob still has the bullet lodged in his skull, and that inspired someone to ask why they were unable to remove the bullet. Jacob’s mother, who is nurse, explained:

It is stuck up in this little sinus area. They tried so hard at ED to remove and they said their could be a risk because of location. The face surgeon did say if he can bite down one day it needs to stay. The nurse in me wants to discuss other options. Yes, the upper jaw will have to be shaved down some but it’s worth checking into. Jacob wants it out as well. So we are on a bullet removal journey.

Earlier today, Jacob’s mother shared a couple photos of him out and about shopping at a Texas Buc-ee’s, which is an AMAZING chain of convenience superstores that you have to see to believe. “Guess who is out and about today??” she asked along with the photos below (inset added): 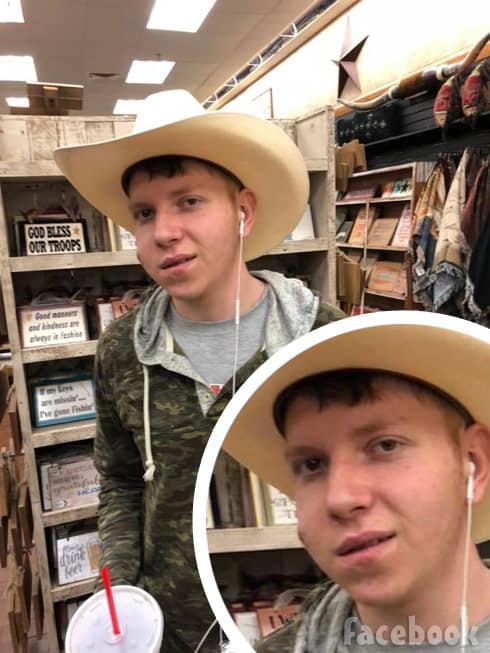 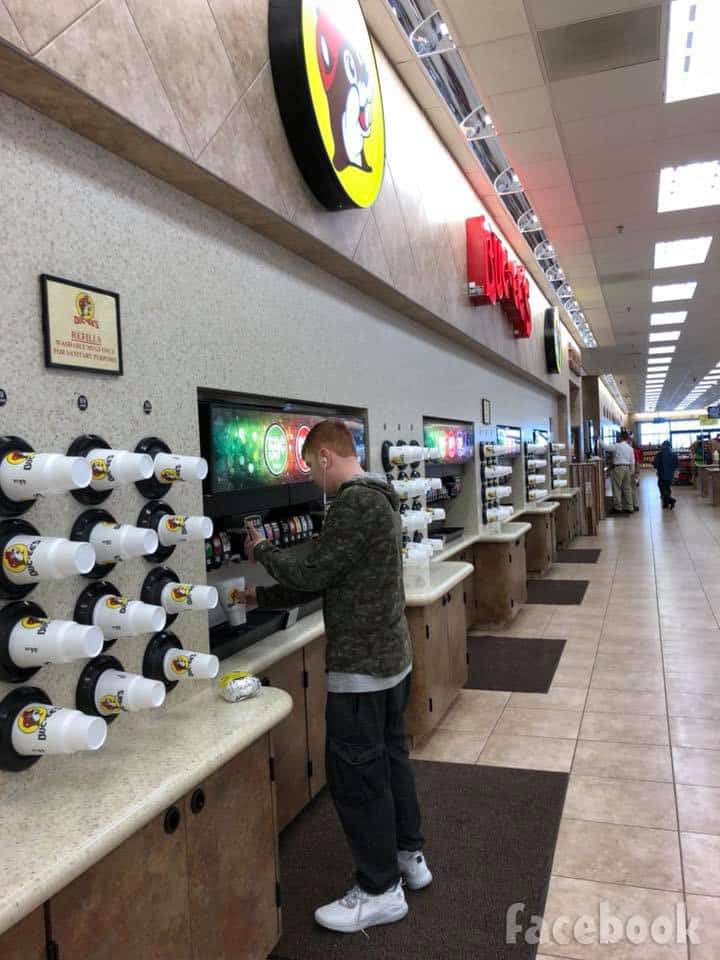 “We just got a haircut, first visit to Buc-ees,” she said of their outing. “He is trying to eating a BBQ turkey sandwich. Now into town for a little shopping and site seeing lol.”

You can see the bullet entry wound in Jacob’s right cheek. He previously shared a photo soon after the shooting with the wound bandaged up. You’ll have to click here to see it, though, because there is quite a bit of blood and it might be disturbing for some.

Jacob’s mother reveals that they are currently looking into homebound schooling options for Jacob. “He needs something to focus on,” she says, adding that “idle time is not good.”

It’s such great news to hear that Jacob is doing well! I can’t imagine how high the odds were stacked against him being able to recover given where he was shot. And we’re also glad to know that David was able to play an important role in the aftermath — something he would not have been able to do at pretty much any time prior to returning to the US with Annie. I’m hoping we will get to see more when David and Annie return to TLC for a new season, and I hope that story will be a combination of Jacob’s healing processes as well as David’s with his estranged family.