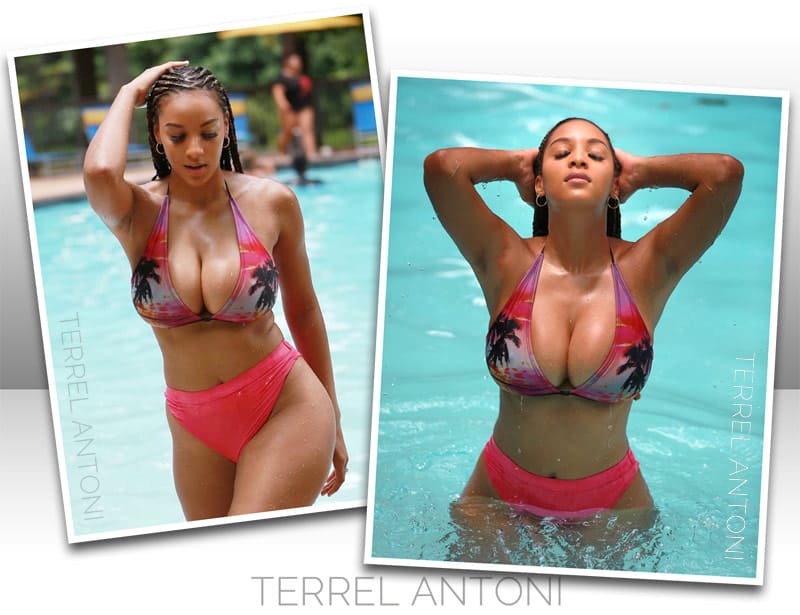 90 Day Fiance: Happily Ever After couple Pedro and Chantel had a very rocky season. It began with a horrific Family Chantel cabin retreat reminiscent of the movie Get Out, and concluded with an all-out dinner brawl that saw the demise of Nicole’s weave, Family Chantel’s Ikea light, the Spanish language, and most of a perfectly good meal. Since the season is now officially over, I thought I might focus on something little more positive — i.e. Chantel modeling a bikini!

Chantel’s assets have been on full display this season, sparking numerous discussions about whether or not she has had breast implants. We investigated the matter in a previous post, and came to the conclusion — based on photos of Chantel as a teen — that if she had breast augmentation surgery, she had it at a very young age.

But an Atlanta photographer may have cleared up the question by posting numerous eye-popping (and bikini-popping) photos of Chantel with a series of unambiguous hash tags such as #naturalwomen, #naturalbreasts, and #realboobs.

The photographer is Terrel Antoni, and he has apparently been shooting Chantel for a few months now now. Scrolling through his Instagram account, I found Chantel pics dating back to May of this year. Terrel shared the two bikini photos at the top of this post on July 20, along with a third picture in which Chantel donned a mesh cover-up and sunglasses. Here are all three originals:

Terrel’s shoots with Chantel seem quite varied. They include this elegant and sultry glam shoot: 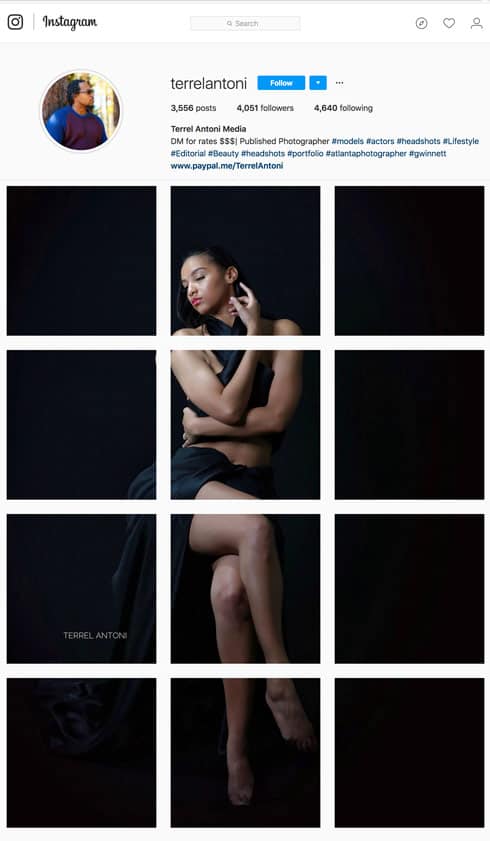 It seems Terrel was particularly fond of Chantel mixed with water: for the other two shoots featured on his Instagram, he returned poolside and ventured out to (and in) a lake:

Ah, but Chantel wasn’t the only member of Family Chantel to get glammed up for Terrel’s lens! Her brother River also doled out the sexy in a series of shoots dating back to February! Here he is modeling camo in the snow:

It’s no doubt that River rockin’ camo in the snow is hard to beat, but I think these future album covers are nothing short of priceless:

And River is no stranger to posing for professional photos. Here are some more from his Instagram account — some credited to Terrel, some to other photographers, and some with no credit:

Ppl know me but no one knows me? | ?: @terrelantoni

If a Diamond breaks it still shines..? | ?: @idajohnphoto

Give me something to believe in?✨ Jacket from: @jeneedionne ??

What’s a conversation these days..?? | ?: @terrelantoni

Took a trip to the 80s… and never returned?? #familychantel

In between poetic and a 10pc wing special? ? @terrelantoni #familychantel

Getting back to Terrel Antoni — if you’re looking for a photographer in the Atlanta area, you really need to check out his Instagram page! His work is great and it looks like he can handle a variety of shoots, ranging from maternity photo to location shoots to prom and beyond. According to Terrel’s Instagram bio, you can DM him for rates.

On a side note, I’m thinking that maybe the wrong 90 Day Fiance: Happily Ever After cast member did a calendar. #JustSayin