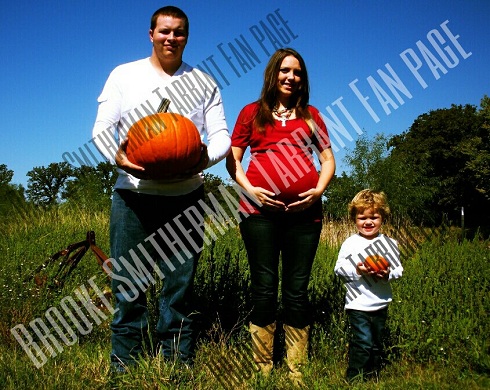 Christmas came early for Brooke Smitherman-Tarrant and her husband. The former 16 & Pregnant season 2b star gave birth to a baby girl yesterday afternoon. This is the second child for Brooke who along with her husband Cody Tarrant welcomed son Brody in 2010.

The happy couple announced the news via Facebook with the photo of their newborn (below) with the caption, “Miss Ryley Jean Tarrant.” Brooke and Cory chose the name Ryley because it is a combination of their middle names, Ryan and Ashley. Their son Brody’s name was created by merging their first names. 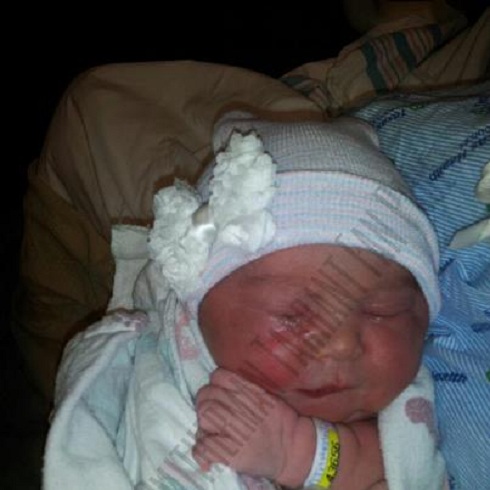 Brooke and Cody, who hail from Mansfield, Texas, first became parents when Brooke was just a junior in high school. They had been dating for two years, but were in no way ready for a baby. However, they made it work and they way they did so was pretty impressive.

Upon hearing the news of Brooke’s pregnancy, Cody put his focus on graduating high school early, which he did, so that once the baby was born he could care for him while Brooke finished high school. When Brooke was just 16 weeks along, the couple tied the knot.

It was quite the team effort and while most couple’s struggle with the adjustment between being a young couple to being married and becoming parents, they handled it well and in the end, their relationship was stronger because of it.

For more information on Brooke Tarrant and her growing family, visit her official Facebook fan page.