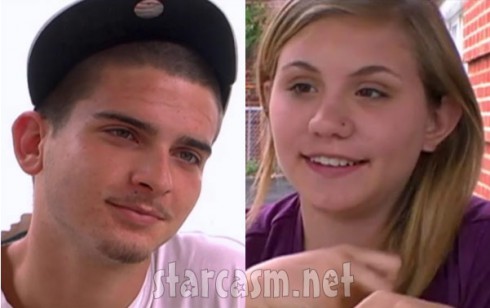 Last night we ran a lengthy piece on 16 & Pregnant’s Jamie Mckay and her overall dissatisfaction with how her episode and portrayal of baby-daddy Ryan McElrath turned out.  The Asheville native vented some of her frustrations via Facebook, singling out Ryan’s multiple DUI arrests and cocaine use in the defense of her no longer wanting to be associated with the young father of her daughter without some SERIOUS changes in his lifestyle.

She concluded by stating that, “I just want everyone to know I didn’t take Miah from Ryan. He sees her once a week at supervised visitation. And that’s how it will be till he stops hanging with bad people and doing bad things.”

Well I guess bad boy Ryan wasn’t able to quit hanging with the wrong crowd because Jamie has filed court papers in an attempt to gain sole custody of their baby daughter Miah!  TMZ got their wide-reaching hands on the court documents which revealed that the young mother is claiming that Ryan is, “not responsible and not in a position to provide a stable environment.”  From what we’ve seen that sounds like an understatement!

The official papers filed back on January, 4th go on to rehash the already laid out allegations that McElrath has a, “history of driving while under the influence of alcohol” in addition to a “history of cocaine abuse.”  Exactly how on Earth does MTV keep finding these no good baby making boys that refuse to face reality and become men?

The papers lay out a plan of action for Ryan to be able to have some sort of involvement in his baby’s life.  McKay wants Ryan to only be allowed to visit little Miah at a supervised visitation center (which she stated previously is the current situation) which is a court monitored facility for these types of unfortunate situations.  She also wants baby-daddy to complete a parenting class (hello!) and to get his backside tested for alcohol and drugs as needed.  The couple is due back in court on June 13.

As for Ryan’s take, he told TMZ that, “She’s doing this just to cause problems … it will all clear out in court.”  I’m wondering exactly what is going to clear out?  I ask you readers do we have yet another delper on our hands? 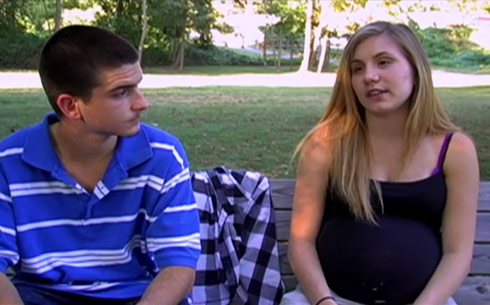 MTV, I am begging you.  If you have a happy ending, two kids in a bad mess but work it out and figure things out together situation, please run that one next week.  More Jordan Ward from epsiode 1 you could say.  I am fully in the corner of defending the show’s unfiltered ability to communicate that teen pregnancy usually results in a sh!t storm but many of our readers who were in the same situation have posted tales of survival and yes, happiness.

We need this, we need some hope here ASAP! No court, no fights, just some kids making the right choices and I don’t even expect a fairy tale ending, a happily ever after.  Mom and Dad could end up apart but in agreement and civil and loving to the little baby they brought into the world.

Arnold and Maria: We won’t be back

Ray Rice, domestic abuser, to be potentially reinstated by the NFL