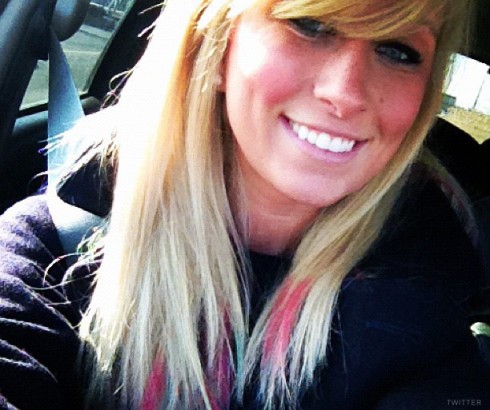 On February 23, 2010 America got to meet Nikkole Paulun, a soft-spoken former high school cheerleader and teen mom from Monroe, Michigan, when her episode of 16 and Pregnant aired on MTV. Unfortunately, America also got to meet Nikkole’s boyfriend, Joshua Drummonds.

Throughout the course of the episode Josh was openly belligerent and disrespectful both to Nikkole and to Nikkole’s mother, Rikki. Some of his best worst moments from the episode include:

• Getting expelled from school

• Standing Nikkole up at their Homecoming Dance

But his attitude problem went beyond just disrespect and belligerence. Here’s some of what I said about Josh in my post about Nikkole’s episode just after it aired:

“I rarely use harsh derogatory comments when talking about people, but this kid is a complete a$$. … Not only was he disrespectful to everyone, as he openly admitted on the show, but there is a meanness and viciousness about him – which is a character trait not many people are ever able to rise above.”

Here’s a brief clip of Josh and Nikkole’s mom in which he openly admits he has an attitude problem, and that it’s something that is never going to change:

As bad as Josh seemed in the episode, things were even worse “behind the scenes.” As we reported in our profile post on Nikkole before her episode aired, Josh pleaded guilty to a charge of Larceny in a Building and was sentenced to 3 years probation just one week after Lyle was born. But that wasn’t even the half of it.

Recently Nikkole, who is currently in college in Toledo and has finally moved on from Josh permanently, opened up on her Tumblr blog about what all was really going on with Josh before, during, and after MTV cameras were taping. I seriously didn’t think I could be shocked by anything negative anyone had to say about Josh (The last time we checked in with him he was being sentenced for larceny after stealing blank checks from his mother), but Nikkole’s stories about his extreme drug addiction are jaw dropping, and a poignant reminder of how drugs can reap havoc on people’s lives – both the person addicted and those around him or her. 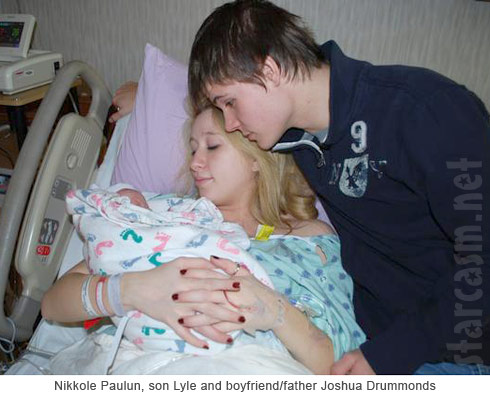 We contacted Nikkole and told her we wanted to do an article about what she had written, and she was kind enough to let us reprint the post in its entirety (with a few paragraph breaks thrown in.) So first, let me say thanks to Nikkole for sharing the info and for letting us repost it here. And second, let me say kudos to her for being able to move past Josh (however reluctantly) and start down a positive life for her and her son, Lyle. Forget 16 and Pregnant, Nikkole’s teenage years need to be a Lifetime movie! Or at least an episode of Intervention! (Remember, all this has happened – in addition to having a son – and Nikkole is only 18!)

Before we start, here’s Nikkole’s episode. If you don’t want to rewatch it now, you will after reading the rest of this post.

WHAT YOU DON’T KNOW

I’m writing this not because I want everyone to know my business, but because I’m looking for help, advice, & support. Josh being a drug addict is nothing new to those who think it is. I’m going to have to backtrack a little bit.

Josh was in juvy right after I first met him. Why? He had marijuana on him at school & also got in trouble for being on private property. When we started “talking” he had just got out. We started dating a few months later. When we were first dating, he was a homebody. He always sat at home and read or played Wii or whatever. He also loved to cook.

He got his GED about a year into our relationship and started college a few months later. A few months after he started college, I found out I was pregnant. Which was April of 09. Up until this point josh had been a pretty normal person. Just sat at home, most of the time with me. 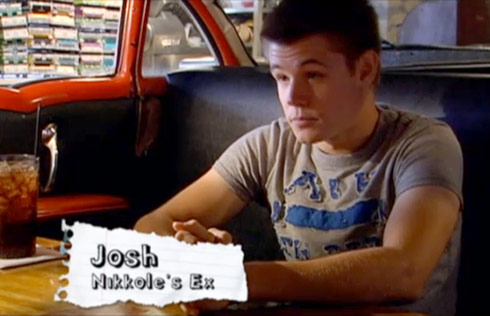 When I wouldn’t abort the baby, Josh changed dramatically. He broke up with me, stopped going to school, and got kicked out of his house. I was dumbfounded by it all. He was literally living in a crack house. I went there once and it was absolutely disgusting. No electricity, holes in the wall, and drugs everywhere. I couldn’t believe the person I loved was like this. I tried so hard to save him but I didn’t know what to do. I was only 15.

All of this plays a role as to why he was so crazy. He’s a drug addict. At the end of the episode where we break up at a restaurant, he got special permission to leave rehab to film that scene. The same “rehab” where he first smoked crack. Then, when it shows me crying saying I didn’t want him to leave, I’m crying because he was going to jail because of him failing drug tests in rehab. 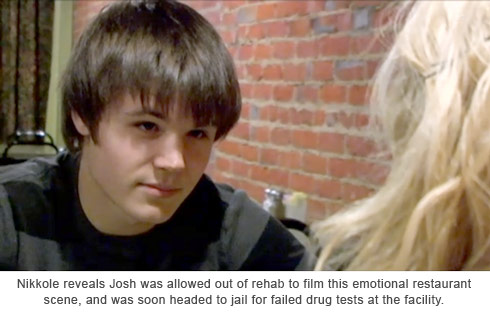 Once he got out of jail for that in may of 2010, we didn’t get back together. I was too focused on school and Lyle to pay any attention to Josh, although he’d call every now and then. In August, I knew he had warrants and when I saw him with his 15-yr-old girlfriend, I called the police and had him arrested.

When he got out of Jail for that in Dec, I agreed to giving our relationship one last shot. Ultimately, I moved in with him and his family because me and my mom couldn’t get along. Josh went out with friends to Detroit one night and didn’t come back for days. When he finally came home I just knew something wasn’t right. This continued for the next few weeks.

One night he came in real late and didn’t know I was still up. I heard him fiddle with the heat vent for a few minutes. Then he went to bed. When he was taking a shower the next morning I looked in the vent and found two needles. I was beyond shocked. I immediately disposed of them so he couldn’t find them. I didn’t say a word. 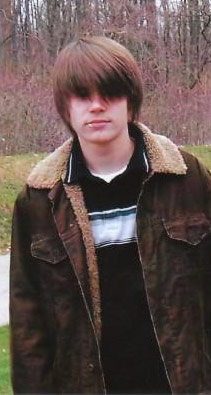 I was sitting on the couch later in the day and I heard him go into the room. He came out looking pretty upset and asked me if Lyle had been near the vent. I went into his room with him and confronted him about it. He told me and said he was sorry but nothing could stop him now. He said he wanted help but not to say anything to anyone. So I didn’t.

Finally, on New Year’s Eve, he called me and asked me to steal his dad’s gun or else he’d shoot up bleach. I decided it was time to tell his mom. She started crying, and me and his sister hurriedly drove to where he was. We found him safe and sound and he ended up coming home with us. About 30 mins after coming home he began to have crazy withdrawals. I didn’t know what to do. He was puking and shaking and freaking out. We called an ambulance and the police ended up showing up too since he had warrants we didn’t know about.

He served his time in jail, and when he got out, he went right back at it. I was done. I wasn’t letting myself live this life anymore. I decided to call my mom and come home, and of course she said yes. I had all my stuff packed and Lyle in the car, and Josh told me he was going to kill himself. I laughed and said shut up. He held his hand out and in it was a fist full of sleeping pills. He threw them all in his mouth and swallowed. I screamed for his mom to take him to the hospital. I went home after that.

I guess he had his stomach pumped and had to stay for 3 days because he was on suicide watch. I never wanted to be with him again. I still don’t. He went to jail in May, 2011 and remained there until a month ago, they then transferred him to the same rehab where he first did crack, and he ran away 2 weeks later. A week after he ran he was caught and his arms were full of bruises and holes.

He’s now in jail again until May. I’ve managed to be on two cheer leading teams, raise my son, get all A’s in school, and deal with this. Not to mention I’m barely 18 and a freshman in college. I’m looking for answers and help because we all feel so hopeless. Thank you. Q

UPDATE – According to Josh’s sister on Twitter, he just got out again today and she is “scared for him.” Josh is obviously someone that is in desperate need of professional help and I hope he’s able to get it.

UPDATE – Nikkole was taking Lyle to see Josh and apparently something went amiss. Here are Nikkole’s tweets from April 14:

Yup & there’s cop cars infront of my house. Way to embarrass me & especially your son in front of the whole f***ing neighborhood!

The more things change, the more they apparently stay the same.

Oh, and for those of you wondering, Lyle is growing up fast! 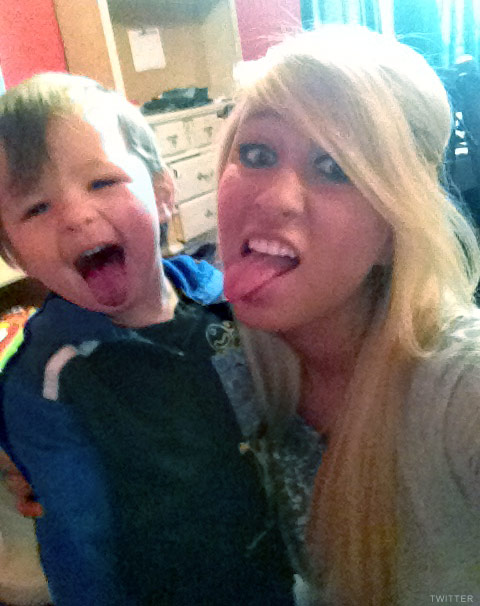 And Nikkole’s doing a little growing of her own – and lookin’ goooooood! 😉 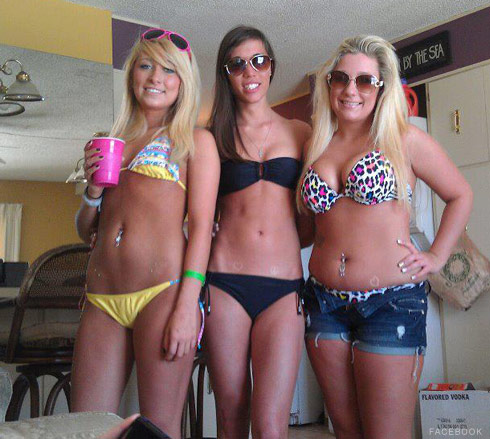 (That’s Nikkole on the left.)