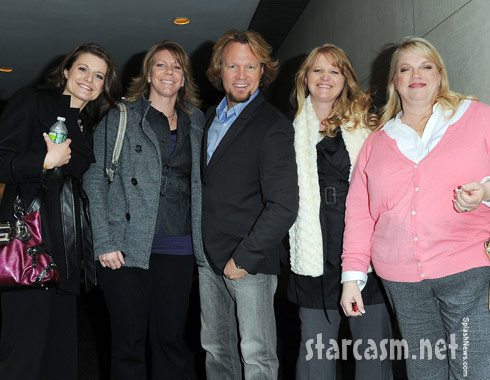 In a preview for season 3 we see the Browns struggling to adjust to their new life in Las Vegas and it looks like recently added 4th wife Robyn Sullivan is really mixing things up and speaking out. The Browns went public mainly in hopes of creating more freedom for and a better understanding of a lifestyle that many Americans lead. Following through with this mission the Browns filed a suit in their home state of Utah challenging the laws that they argued forced them to flee.

Recent happenings have cleared up much of the murky water in regards to how far the state intended on going in pursuit of possible legal action against the Browns and the family’s lawsuit challenging the laws in question.

As for the prosecution of Kody Brown and his family Utah County prosecutors are highly unlikely to file any criminal charges. As the family’s high priced lawyer initially indicated it is rare at best for authorities in Utah to proceed in these types of circumstances unless they’re to find evidence that the family in question was also breaking other laws such as welfare abuse etc. Since the Brown’s were not found to be breaking any laws except for simply being involved in their unique living environment this precedence is standing firm and the law is for all intent and purpose leaving the Browns alone:

“It is the policy of the Attorney General’s office that a polygamist would not be charged with the crime of bigamy unless it is in conjunction with the a prosecution for a violation of some other criminal statute.”

As for the lawsuit filed by the Browns in which they aim to be able to cohabitate as they see fit and it not be a felony, Utah is ceremoniously asking to dismiss it because they don’t actively prosecute families for doing just that. It’s one of those strange law situations for sure. I understand both sides of the argument but would have to fall on the side of the Browns. The fact is, if the state wished to they would have every right to charge families like the Brown’s with a felony simply for living their lifestyle. Living under that burden sacrifices some of their freedoms even if it is a precedent not to pursue legal action against these types of families.

The motion filed to dismiss by the Attorney general partially stated that:

“… there have been no arrests or prosecutions for the mere practice of polygamy in Utah in over 50 years.”

This is an interesting study in the way the law works in a practical fashion in people’s lives. In summary, the Browns don’t want it to be a felony to live their polygamist lifestyle and Utah is countering by saying they still want it to be a felony but that it doesn’t matter because they wouldn’t prosecute someone breaking that particular law. Weird.

How many celebrities are Scientologists?