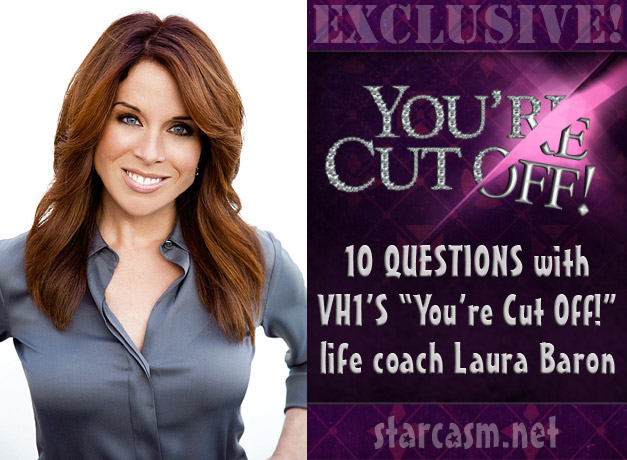 VH1 has launched an extremely entertaining new reality show called You’re Cut Off featuring 9 spoiled-rotten princesses who are cut off from their accustomed pampering and forced to live together in a “small” house to learn to cope with life in the real world.  Leading these queen-bees through this school of hard knocks is life coach Laura Baron.

In a previous post we provided our readers with a little background info on the life coach from Chicago and Laura was kind enough to take time from her intense schedule to do an exclusive interview to discuss the show, her future plans, and even offer advice to her 16-year-old self.

STARCASM: How did You’re Cut Off come into creation?  Were you approached by VH1 or was this concept a brainchild of yours?

BARON: I was approached by VH1 and we had natural synergy. Most significantly, I had confidence in the team.  Every one of us wanted to create a show that made a real difference and that made all of the difference to me.

S: Having read the cast bios and done a little research it certainly looks likes the show was able to round up an A-list of shall we say “princesses.”  What was the casting and interview process like and were you involved?

B: We hired one of the most talented casting directors in the business. We were ultimately looking for women completely engrossed in their lifestyles who really had an opportunity for change and could express it.  I didn’t get involved in casting as I wanted to have a clean slate with the girls when we first met on camera and let our relationship develop from there. 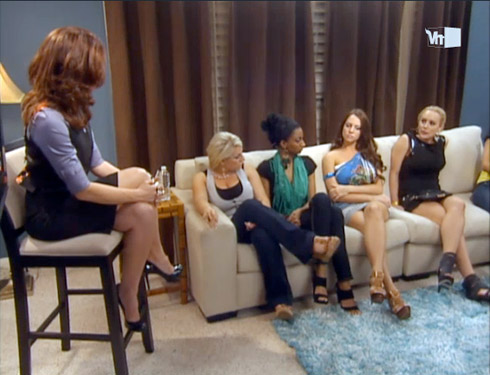 S: You have a recently updated website AskLauraBaron.com (which looks great by the way). What can interested folks find out about you via the site?

B: Thanks for checking it out! I’m most excited about sharing upcoming events.  I’m stacked up filling requests from private and invite-only ladies events right now, but my desire is to open that space up and conduct larger scale empowerment seminars that can be more inclusive. Also, it’s been great to get back into blogging. I get so many individual questions I’d like to start putting them out there so we can all better learn from each other.

S: As I discussed in our previous post about you, this isn’t your first time in front of the cameras.  How has the reality show format been different from what you’ve done in the past?

B: I have traditionally been on news sets where we’re discussing the issues instead of living them. It’s incredible to bring my private practice to viewers’ living rooms. 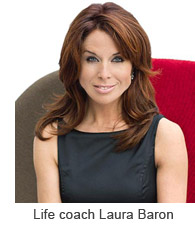 S: Looking back on little Miss Laura Baron at 16, is there anything that she would need to be cut off from?

B: Self-doubt. If I could go back, I’d give little me a hug and let her know it’ll be okay, all in time.

S: I have a two-year-old daughter. You wouldn’t have any free advice on how I can break her of the binky monster?

B: Definitely not with a new pair of shoes…

S: Which cast member would you say struggles the most with being “cut off” in Season One?

B: It was equally challenging across the board, that’s what makes the process so interesting. What you think would break one launches the next.

S: The premiere for You’re Cut Off was June 9th at 9:00 PM EST. So were you more anxious or excited about the show launch?

B: It was a combination.  None of the ‘TV stuff’ bugged me. I love the show and have full confidence in my team’s integrity. I was anxious because I’m protective over the girls and want them to be loved and seen for their humanity. I know that can be a tall order upfront.

S: So what comes next for you after You’re Cut Off Season 1?

B: Hopefully Season 2, really I love this project. In the meantime, I’ll be shooting a pilot with Dr. Drew, continuing my work with other partners like Today and Extra, and conducting seminars to empower women. I’m grateful.

S: I like to end my interviews with the following question. What is your favorite Nicolas Cage movie?

B: I like it… I’ll go old school with Leaving Las Vegas for sure.  Nicholas Cage was so raw and Sting sounded so good…

Thanks to Laura for her time and candid answers.  Don’t forget to check out our posts on show cast members Erica Rose, Pamela Lynn Blazewski, and Jaqueline Madden.  New episodes of You’re Cut Off currently air each Wednesday at 9:00 PM EST.  You can catch full episode replays and bonus footage at the show’s site here.

Who is Pamela from VH1’s You’re Cut Off?

Who is VH1’s ‘You’re Cut Off’ life coach Laura Baron?