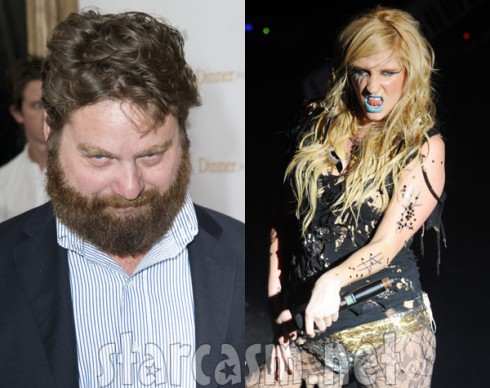 Even after a hangover I don’t believe comedian and actor Zach Galifianakis wants anything to do with pop singer Ke$ha and her romantic advances.

The “Tik Tok” singer and current front-runner for the strangest dressed pop musician of the decade has openly declared that she has a thing for, “fat and bearded boyfriends” and that Mr. Zach G would be her ideal man. She took this Galifanaticism next level by making attempts at connecting with the Hangover 2 and Between Two Ferns star. Sadly for the $ Zach was having nothing to do with it. 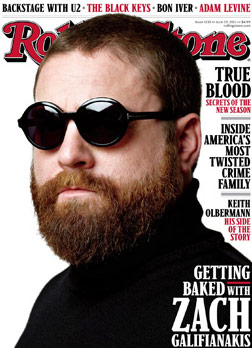 In a particularly candid interview that will be rolling out via Rolling Stone on June 17 Galifianakis riffs on everything from being rejected by Saturday Night Live because of a Britney Spears idea the young singer didn’t care for (he had this concept that BritBrit would unexpectedly begin to bleed from her mouth during a faux interview with Entertainment Tonight) to the fact that he still drives a 1998 Subaru and has neither a publicist or an assistant.

The real stand out teaser quote that RS released for me though was about his interaction or better said, lack of interaction, with Ke$ha. He told the interviewer:

“I saw that Ke$ha woman the other day,” he says. She’d e-mailed him about getting a drink, and a few days later, he ran into her in a bar. “She was sitting by herself, and I walked up to her and said, ‘Listen, I got your e-mail. Your music is really bad! I don’t know who listens to it, but I imagine it’s, like, six-year-olds – and it’s a bad message.’ ”

Pretty harsh stuff from a man who’s made a living not mincing words. Oh, and one other interesting bit of info for you Hangover fans like me. If Zach is right we all should expect a third edition to the extremely popular movie franchise!