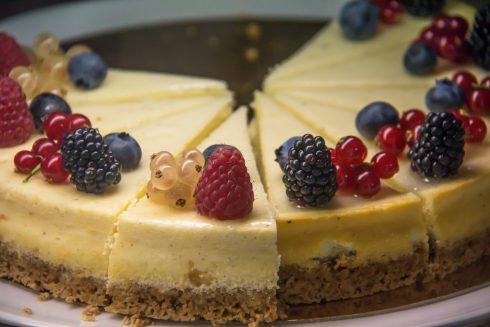 42-year-old Viktoria Nayrova Brooklynite was arraigned Tuesday for attempted murder in a very curious case She’s charged with attempting the steal the identity of her doppelgänger by lacing her cheesecake with a tranquilizer in August of 2016. After her victim dozed off, Nayrova allegedly stole her passport and other personal items and tried to make the death look like a suicide. 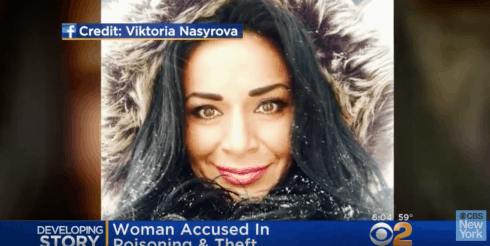 “This is a bizarre and twisted crime that could have resulted in the death of a Queens woman, whose only fault was that she shared similar features with the defendant,” Richard Brown, Queens district attorney said Tuesday.

Nasyrova befriended the Queens woman, prosecutors claim, because she looked like her and also spoke Russian. She showed up at the 35-year-old woman’s home with cheesecake. After she had some of the cake she felt ill and laid down. Her last memory before passing out was seeing Nasyrova beside her.

A friend found her the next day surround by pills and dressed in lingerie, which she presumably had not been wearing when she fell asleep next to her guest. She didn’t realize until after she returned home from treatment at a hospital that her passport and other identification documents were missing. She was also short some cash and a gold ring.

Both the pills found around the woman and the cheesecake tested positive for the Russian tranquilizer Phenazepan. To further round out suspicion of Nasyrova’s motives, she’s been accused of doing the exact same thing in Russia before coming to the United States.