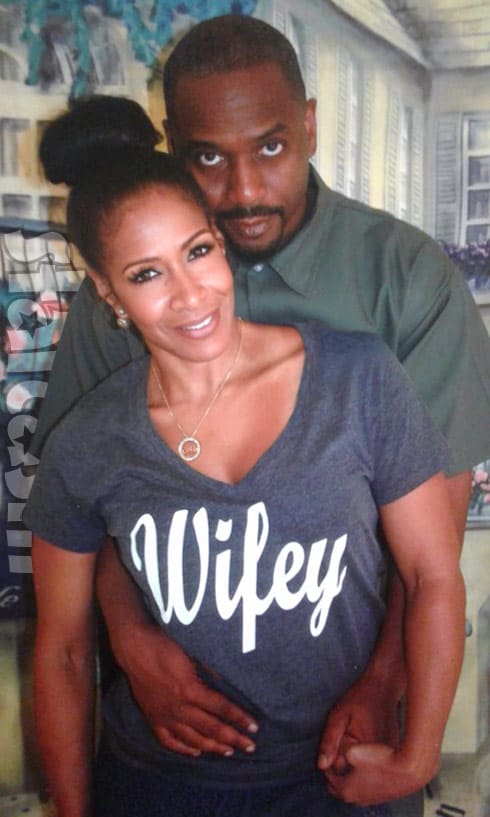 As we wrote about last week, The Real Housewives of Atlanta‘s Sherée Whitfiled has reportedly been fired from the show and will not be back as a housewife for Season 11. We now have a new report that sheds a little light on why Bravo decided to give the RHOA OG the boot for a second time.

A source for Us Weekly reveals that Sherée’s prison bae Tyron Gilliams “may have played a role” in Bravo’s decision to part ways — not because his inclusion presented any sort of ethical quandry, but because of the production difficulties. “Bravo can’t film inside or even outside the jail,” the source points out. “This is causing a problem with her storyline.”

If Tyrone was scheduled to be released soon, then I’m sure Bravo would have been chomping at the bit to keep Sherée around for that event — but unfortunately for Tyrone, his motion for early release was denied last month. Tyrone’s scheduled release date is now November 14, 2022, which I am sure is much too long for Bravo producers to wait. Of course, they could always just invite Sherée back in a couple years!

Another option for Sherée might be to give WE tv a call because I think they are still casting for Love After Lockup Season 2: 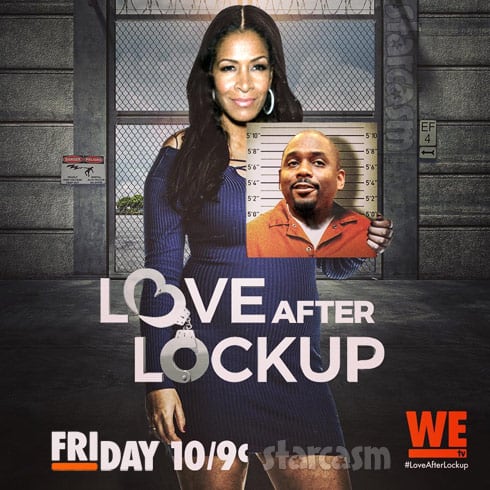 In case you were asking “Why was Tyrone Gilliams arrested? What crime did he commit that resulted in such a long prison sentence?” Tyrone was convicted of fraud, which included a $5 million + ponzi scheme. Basically, Tyrone was taking investors’ money and promising them a percentage annual return, but he only invested a small portion of their money and spent the rest on cars, homes, and putting together high-profile celebrity charity events with his name on them.

One of those events was the “Joy to the World Fest” in Philadelphia in 2010, which was attended by such high-profile celebrities as Sean “Diddy” Combs (who was paid a $120,000 appearance fee), NFL receiver DeSean Jackson, State Senator Anthony Hardy Williams, Congressman Chaka Fattah, and…The Real Housewives of Atlanta star Sherée Whitfield!

Here is a photo of Sherée at the event — notice the TLG logo behind her: 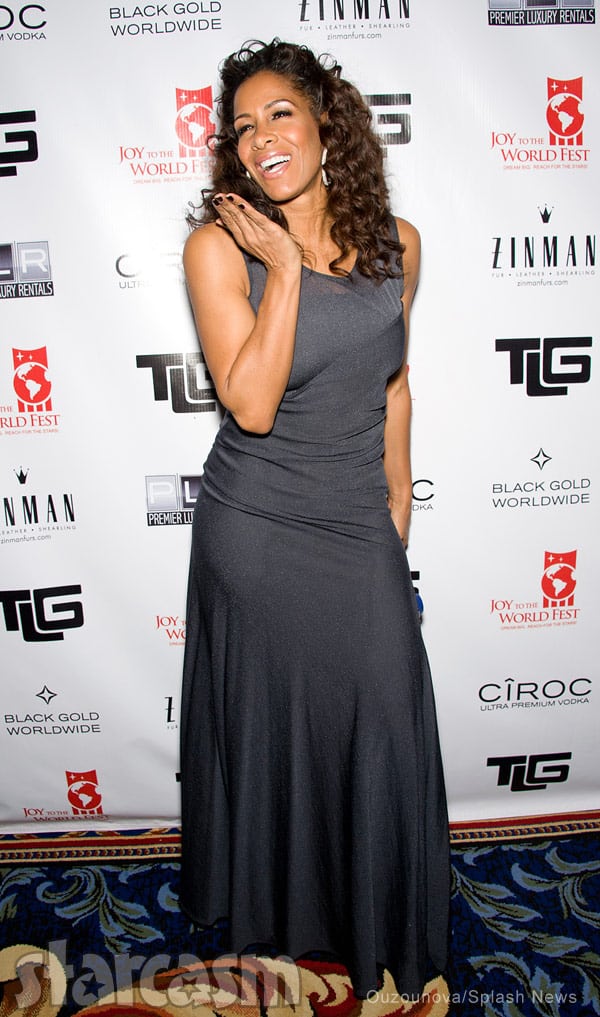 And here’s Tyrone back in his pre-prison heyday at the same event: 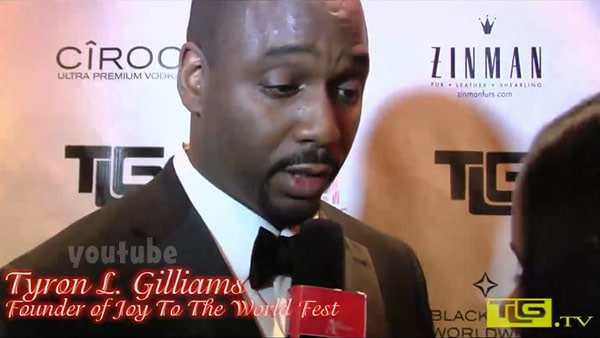 If you’re wanting to know more about Tyrone Gilliams’ crimes, here is an excerpt from the FBI press release after his conviction:

According to the Indictment and the evidence presented at trial:

In 2009 and 2010, Gilliams was the owner of TL Gilliams LLC, which purported to engage in transactions in commodities like oil and gold. Scott was an attorney at a small law firm in New Jersey and acted as TL Gilliams’s general counsel.

In the summer of 2010, Gilliams solicited $5 million dollars from two investors for purposes of trading in U.S. Treasury Strips, which are a derivative of U.S. Treasury Bonds. Gilliams and Scott arranged for the investors to make their investments by wiring them into an attorney trust account maintained by Scott’s law firm. Upon receiving the money, Scott—at Gilliams’ direction—misappropriated more than $700,000 to satisfy expenses stemming from an unrelated and failed venture to buy a coal mine in Utah. Scott also claimed $50,000 of the investment money for himself as purported fees. At Gilliams’ direction, Scott transferred most of the remainder to bank and brokerage accounts that he controlled.

At most, Gilliams purchased $250,000 worth of Treasury Strips with the more than $4 million in investment money transferred by Scott. Over a span of less than six months, Gilliams spent more than $1.6 million on an unrelated gold investment; more than $200,000 to purchase a commercial warehouse in Denver; at least $100,000 to buy or lease luxury cars; at least $50,000 for construction work on his home; at least $100,000 on luxury hotel and travel expenses; and more than $500,000 promoting both a festival called “Joy to the World” involving an album release party with Jamie Foxx at the Vault nightclub in Philadelphia, and culminating in a red carpet, black tie gala at the Philadelphia Ritz-Carlton, headlined for a $120,000 fee by Sean “Diddy” Combs; and a December 2010 comedy performance in Nassau, Bahamas, called the “Gatta Be Jokin’ Comedy Jam.”

Meanwhile, Sherée responded to the firing reports with a relaxed sauna photo to demonstrate just how many f**ks she gives:

UPDATE – Sherée was not quite as #unbothered by the shade shower being thrown by NeNe Leakes of late. While writing this post, Sheree shared a ? emoji and WENT OFF on NeNe, accusing her of credit card fraud, being a “bitter b*tch” and more:

@neneleakes I am not worried one iota about ur lies or anyone coming to me about what I was able to accomplish hands down, ALONE. I know being the bitter, nasty, jealous. hateful person u r, it may b hard to swallow, so not surprised u would hate and try to discredit. But what else would one expect from a woman who wishes RAPE on another woman! #vile Just know I sleep great at night and am very much at peace with ZERO worries! U on the other hand not so clear! R u still making those large credit card purchases and running up ur cc’s then calling them same cards in stolen or lost? How many times have u done that now? #fraud The FEDS may b coming to u! Won’t b long boo! God dont like ugly!!

And its so obvious the envy, hate and jealousy u have.. .u “claim” ur mad bcuz 1.U inserted urself in my personal life with your comments/opinions 2. bcuz I didn’t tell you had multiple bugs in ur house??? #girlbye #callOrkin #Twitterfingers #cyberbully u saw me for months but said none about this…even when I confronted u multiple times! So no, WRONG GIRL and WRONG ANALOGY! #BitterBITCH

In case you missed it, it is also being reported that another RHOA OG will not be back next year — click here for all The Real Housewives of Atlanta Season 11 casting news!