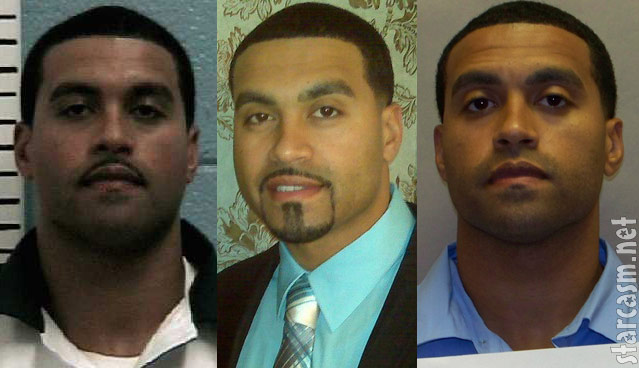 The first episode of Season 3 of Bravo’s The Real Housewives of Atlanta hasn’t even aired and new addition Phaedra Parks is already stirring up tons of controversy! The powerhouse entertainment lawyer from the ATL, who has worked with celebrities like Jermaine Dupri, Ludacris, Bobby Brown and Michael Jackson, got married late last year to Apollo Nida and it has since come to light that Nida is an ex-convict who had recently been paroled after serving nearly 5 years in prison!

According to public records, Apollo Nida was convicted for racketeering and began serving his sentence July 28, 2004. He served nearly 5 years of his 18-year sentence before being paroled on May 27, 2009.

MediaTakeout.com has a screen capture that also indicates he served close to 5 months from December 29, 1998 to May 14, 1999 for theft by receiving stolen goods. Both crimes were committed in March of 1997 so I assume they were connected. The racketeering evidence must not have surfaced until years later.

Here is Apollo Nida’s most recent parolee photo from the Georgia Department of Corrections: 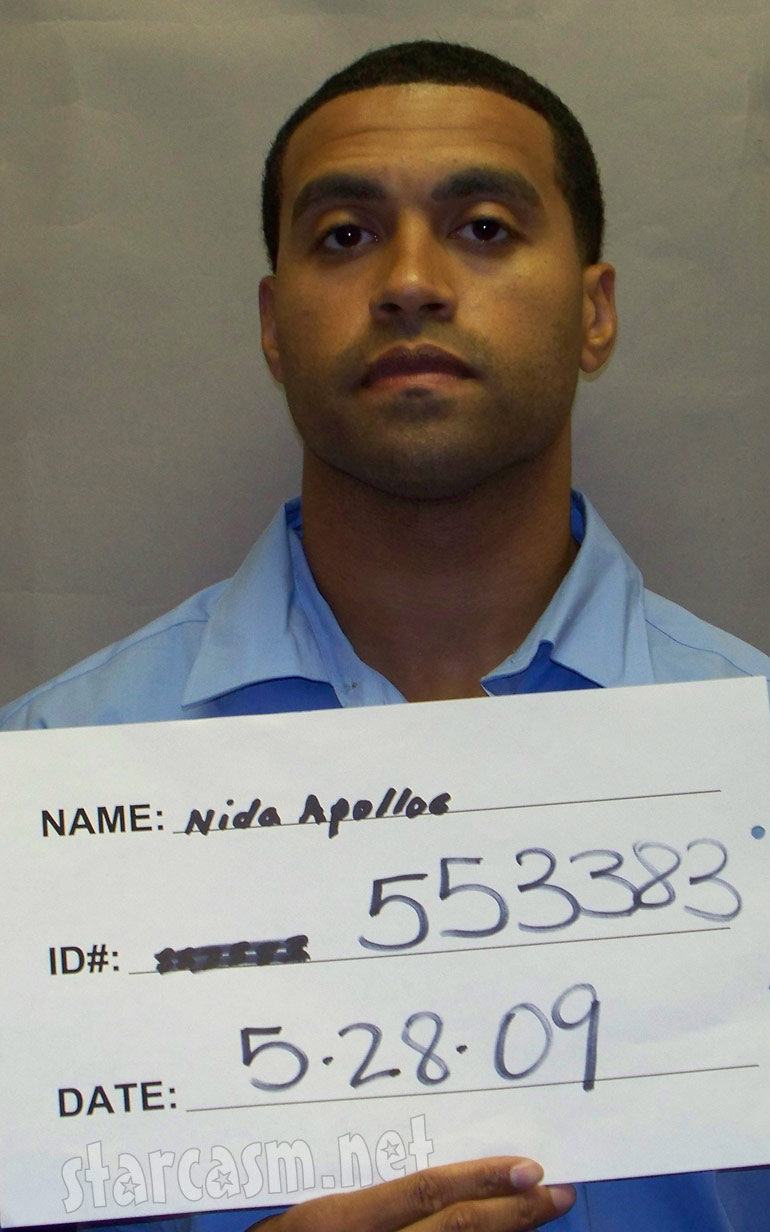 Nida lost no time re-acclimating to society because within 6 months he was married to Phaedra Parks and the couple was expecting a baby in July, 2010 – which if you do the math means that the baby was conceived right around the time of their wedding on the weekend of November 1, 2009. (It should be noted that in an interview with HerDailyFix.com Phaedra says she met her husband in 1995, so perhaps the romance wasn’t as whirlwindy as it appears.)

UPDATE – CLICK HERE TO SEE OUR PROFILE OF PHAEDRA PARKS INCLUDING PHOTOS, VIDEOS AND BACKGROUND INFO!

As far as the details from his conviction, you can read most of it in his appeal documents HERE. The highlights are:

A Newton County grand jury indicted Eddie James Lee Graham, Apollo Nida, and four other individuals on a 20 count indictment alleging violation of the Georgia Racketeer Influenced and Corrupt Organizations (RICO) Act and multiple counts of theft by receiving stolen property, forgery in the first degree, sale or possession of a vehicle from which the vehicle identification number (VIN) had been removed, and possession of counterfeit insurance identification. Graham and Nida were tried together with co-defendant Melvin Thomas, Sr. Graham was convicted on the RICO count as well as one count of theft by receiving and three counts of the VIN offense. Nida was convicted on the RICO count. 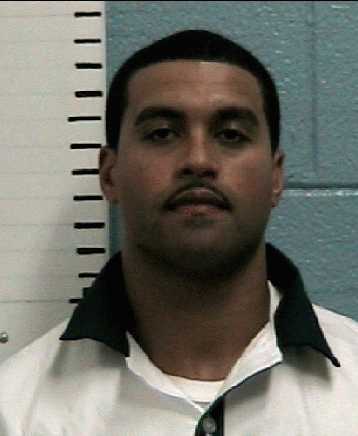 Here, the evidence showed that Graham sold four stolen vehicles to residents of Newton County and provided false Ohio certificates of title to the purchasers. After the titles were registered in Newton County, the certificates were recognized as forgeries by an employee of the Georgia Department of Motor Vehicle Safety (GDMVS). A GDMVS investigator who specialized in auto crime title fraud testified that the forged certificates of title were manufactured from copies of a single valid Ohio certificate of title in the name of William Spearman. Virginia Department of Motor Vehicle records showed a Virginia driver’s license issued in the name of William W. Spearman, but with Nida’s photograph on it.

Defendant Gerald Rillie, who testified at trial under an agreement with the State, testified that he researched “clean” VINs and provided the numbers to Nida for attachment to stolen vehicles. Rillie testified that Nida provided the forged VIN decal that was found in the Tahoe sold in Newton County. Rillie also identified a handwritten list or chart that he gave to the police, showing the organization of the car theft ring and Nida’s place in it as the man “to get the numbers done.” This evidence amply demonstrates that Graham and Nida committed predicate acts of theft by receiving, forgery, and possession of vehicles with false VINs, several of which occurred in Newton County.

So Apollo Nidra was the “numbers” guy in the operation – a non-violent, “white collar” crime – which should help his case as viewing audiences and fellow cast members start their own trials of Phaedra’s choice of spouse when Season 3 of The Real Housewives of Atlanta kicks off!

Here are the details from his arrest including a listing of his aliases Brandon Phillips, William Spearman, and Corey Lamont Thomas:

Phaedra Parks issued this statement about her husband Apollo Nida’s criminal past:

As Malcolm X so eloquently put it: “Stumbling is not falling.” Yes, my husband is a convicted non-violent offender but I did not marry him because of his past, I married him because I love him. I married him because I am a Christian and I know that a person’s past does not dictate his or her future. Be you a Christian, ordinary citizen or just identify yourself as an American – this country and the justice system, however flawed it may be, was built on the power of redemption.

Charles Dutton was a convicted violent offender before he was the beloved actor, playwright and director we know him as now. Don King, Michael Vick and even Martha Stewart are convicted felons who served time and still make a difference. Prison did not stop Malcolm X, it enlightened him and gave him the perseverance to fight for others.

I believe in my husband, I trust my husband, I love my husband, and I know he loves and adores me. That is a blessing, and each day I am filled with an even stronger sense of gratitude for it.

It should be another wild season of The Real Housewives of Atlanta!

UPDATE 1/25/2014 – Apollo Nida has been arrested and charged with bank fraud and identity theft in a Secret Service sting. Click for more info, including the full criminal complaint detailing Apollo’s alleged schemes.