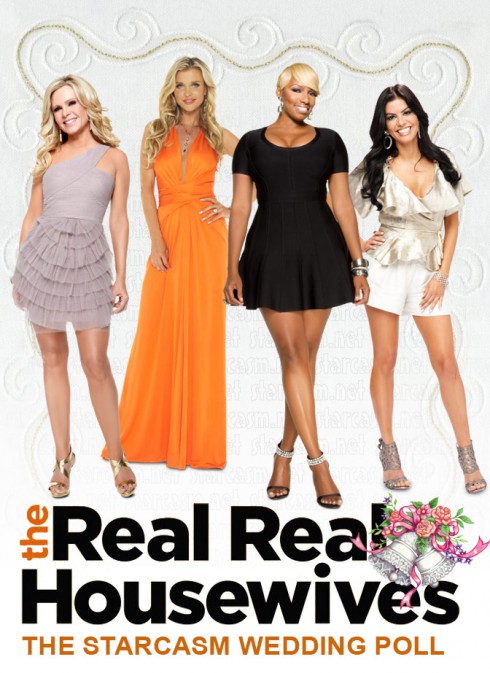 The world of the The Real Housewives has had more knot tying over the last five weeks than a boy scout jamboree! Since May 17 we’ve had no less than FOUR different housewives get married starting with Adriana de Moura and Joanna Krupa from The Real Housewives of Miami followed by Tamra Barney of Orange County and Atlanta’s NeNe Leakes this weekend — the latter two of which were captured for their own wedding spin-offs. So we thought we’d ask our readers which of the four ceremonies they’re most looking forward to seeing with a poll!

Here are the four weddings in chronological order with links (in case you need to know more before voting) followed by the poll: