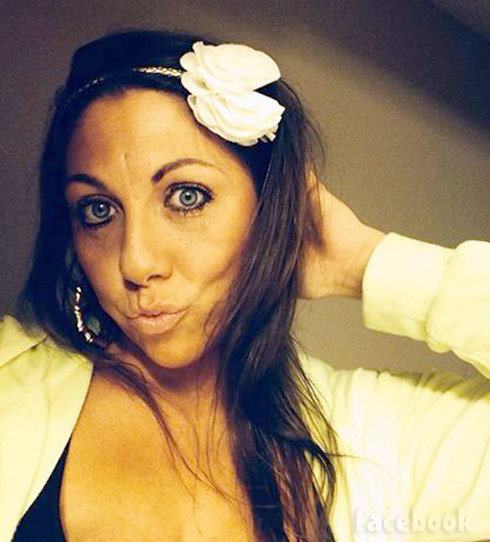 TLC’s Roma momma dramafest returns tonight as Gypsy Sisters kicks off its third season with a two-hour premiere starting at 9/8c. While fans will be seeing the familiar faces of Mellie Stanley, Nettie Stanley, Kayla Williams, Annie Johnston and Joann Wells, they won’t be seeing their Season 2 cast mate, Sheena Wells (above).

So why isn’t Sheena back for Gypsy Sisters Season 3? She shared her explanation with fans on Facebook back in February:

ATTENTION FANS!!!! I just wanted to let you all know that I WILL NOT be on season 3 of Gypsy Sisters! Firecracker Films called me and offered me to come back for the next season but I declined and here’s the reason … I live in Tennessee and would have to move to Martinsburg WV with my 4 girls and stay until filming was finished. I did not get offered the same amount of money as the others but would be expected to film as much and I didn’t think that was fair. So after a few days of thinking about it and talking it over with my family, I told Mike when he called for my decision that I’d have to decline. I’m going to continue to work on my music, I’m in the process of writing more songs. I’m getting a dream come true chance of singing with my all time favorite female artist Amber Digby!! I think I can just die after that, hahaha!!! My Jean Clothing line will be out late summer early fall. We have a meeting in Los Angeles, California with the production team for a final approval and can’t wait till you all are wearing my product!!! I hope all my fans will still follow and support me, and hope to see you out on the road somewhere soon!!! And when Kayla and Annie have more meet & greets, I’ll be there in full support of MY GYPSY SISTERS!!!!

I want to thank all of you. Thanks for understanding my reasoning. Firecracker films sells the taping to TLC, they’re the ones who pay us after they receive their budget from TLC. I told Mike, one of the filming crew members, that I couldn’t accept his offer for that amount of money and that I felt he’d only be holding me back from succeeding. He did wish me luck and said that everyone knows reality TV is only for a limited time and that at least I had a talent to fall back on. I’m really excited to start my music career and nervous at the same time. Thanks to all of you who have encouraged me to go for it!!!!!!

For those of you desperate for your Sheena drama fix, she did have a Facebook run-in with Mellie at about the same time she announced she wouldn’t be back on the show. The whole thing started after Sheena, Annie and Kayla planned a meet and greet with fans and invited Nettie and Mellie to come. They declined, and then after the event, Mellie posted this on her Facebook page:

If your going to have a meet and greet please make sure people is going to come lmfao it looks lame as sh!t when noone is there after it done been aired on radio

Sheena assumed Mellie was talking about her, Annie and Kayla so she fired off her response calling Mellie out by name and referenced the fact that Mellie, Nettie and Joann had scheduled their own separate meet and greet elsewhere:

Dear mellie stanley lol if ur making a status about me the least u can do is put my name! Lucky for u, u are doing ur meeting n a mall. So we know people will already be there! U don’t have to have the fear of ppl not showing up! Cause the guys know u really we’ll at ur we’ll known meeting place, the strip clubs! Now as for the meet and greet here ! A lot of ppl came, it’s bothering you! Not only did we have a meet n great but a after party! Now u better hold tight to the pooch! Ur gonna adopt! And pretend to be the good girl u are! Cause belive me if it wasn’t for Joann , no one would care to see you! Jealousy is a illness get we’ll soon b!tch!!! 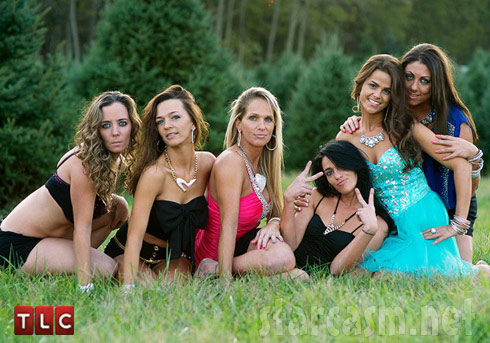 Joann came in as the lone representative for Team MNJ, although she wouldn’t put it that way:

Okay let me clear something up real quick the meet n greet we are having has been planned since January to the person who saying it was only being done cause the other girls had one your wrong! now on to the next we are all family and at end of day love each other same as any other family I don’t believe in teams or taking sides and I invited ALL the gypsy sisters to this meet n greet but to be REAL Nettie Mellie and Kayla and Annie have some drama going on since the showed aired and tmz clips got put on Facebook! So that’s why not all the girls are coming together I am not picking sides I love my family and one day once again everyone will make up

Joann then replied to a commenter that had offered up a pro-Sheena take on the fiasco:

We have had words over and over you comment and say stuff like really you have no clue Nettie or Mellie was not upset about not being invited if you knew anything you would know my cousin Sheena Diane invited everyone same as I did but they didn’t want to drive Sheena doesn’t know why Mellie mad the comment and personally I think she shouldn’t have but boy do you put you two cents in EVERYTHING! at least get ya facts straight and one last thing Nettie didn’t post any negative comments in case you read wrong it was Mellie! Thank you for spreading the good news you know so much about

Sheena later jumped back in the fray:

Lol all I’m saying I conceder myself too classy to get trashy! Lol but I also don’t take sh!t from no one! And mellie is gonna be crafty n make a status about ME without saying my name! Knowing I was going to see it lol that dear girl will never learn! What would she care if 2 or 2000 showed up at a meet and greet she wasn’t at? Lol it’s jealousy n greed! She’s to lazy to arrange a meet. N greet instead of being crafty to me on facebook ! She needs to worry about how to get more people to attend her meeting at the martingsburg mall!! 😉 I would never attend a meet n greet with mellie stanley I don’t mingle with trash! My standards are too high!!! So she brought this fb fight on her own self, she ain’t got the ass to say nothing to my face! I hope there’s Enuff sanitizer there for mellie so she don’t pass on more then her aoutograph! Lol cause we all know what she is! Now with that being said I need to keep it professional !! Lol and brush that b!tch off my shoulders like the men done her at the strip club lol u know what would be great if all those men’s wife’s that she f***ed was at the mall there waiting to f**k a b!tch up!! That’s what she needs to worry about and not worry about a meet and greet she wasn’t invited too!!! 😉 # Enuff said! # too classy!

Sheena then concluded with:

Mellie talks about her own sisters’ I really could care less what she has to say about me lol but I like to let her know she will never concer me!!! Lol

Oh, and just after all of the above drama, Sheena had another meet and greet with a booking camera as she was hauled in by the po-po in Washington County, Tennessee on a failure to appear charge in March: 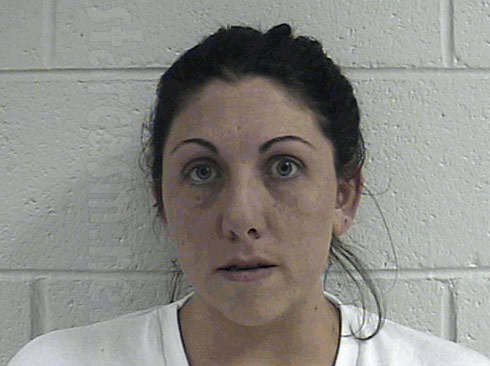