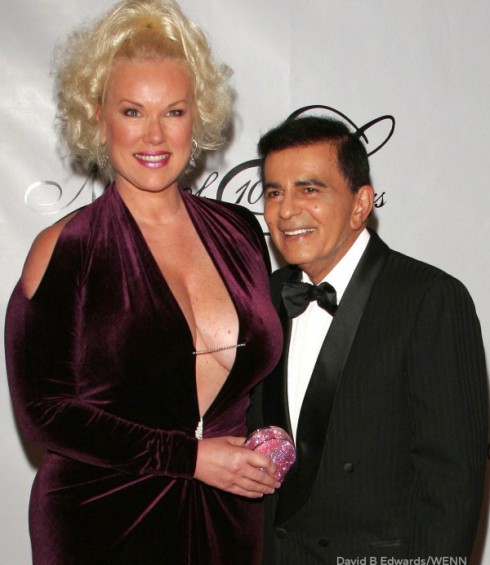 Legendary radio host Casey Kasem is in the center of a bitter feud between his children and their step-mother — and is, unfortunately, unable to do anything about it. The 81-year-old is suffering from advanced Parkinson’s disease. Left as the sole decision-maker in the household, wife Jean Kasem has reportedly decided that neither Casey’s children nor his siblings may visit.

Kerri Kasem, one of Casey’s three children from his first marriage, told Los Angeles’ ABC News Jean refuses to answer calls and tells the children to go away whenever they try to visit. Left with few options, Kerri and her siblings organized a protest outside of the home on Oct. 1. 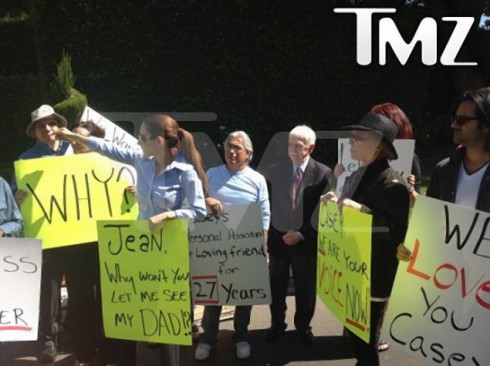 ^Photo of the protest from TMZ.

Contrary to some reports, the children say they are not motivated by money. They have known for a long time that they are not included in their father’s will and are all financially secure because of their own careers.

“My dad is very sick, and we have been completely shut off from him for the last three months,” Kerri said in another interview with The New York Daily News. “There is no money issue here, we just want to see our dad. We love him, and everyone knows his kids and grandkids are a source of joy for him.”

Friends of the American Top 40 creator say they are also concerned for his health and safety. He reportedly has not been seen in three months.

“We fear that he’s been isolated and neglected, and so that’s why we stand here today,” Gonzalo Venecia, Casey’s former personal assistant for 24 years, told ABC.

Casey married Jean Kasem (née Jean Thompson) in 1980, shortly after divorcing his first wife, Linda Myers. Casey and Jean had one child, a daughter named Liberty Kasem. However, Jean never got along with Casey’s young children from his previous marriage. 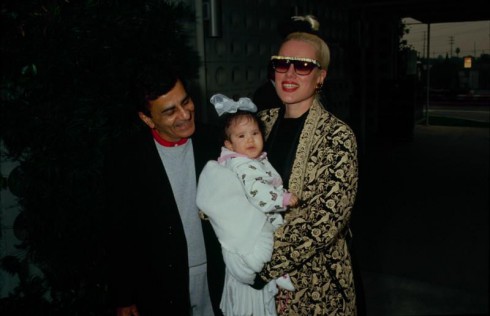 ^Casey and Jean with their daughter, Liberty. She is now an aspiring singer.

Jean, who appeared on Cheers as Loretta Tortelli, seems to have a penchant for conflict: She filed an $80,000 lawsuit against her house painters in May of this year, TMZ reports.

Currently, the law seems to be on Jean’s side with this battle. She called the police and had protesters removed from the area. However, it’s clear Casey’s children will no go down without a fight.

“Look, people fight and they don’t like each other, and that’s fine,” Kerri told The NY Daily News. “But it’s cruel to keep us from seeing our dad.”

Bill Hudson says kids Oliver and Kate Hudson are “dead” to him, asks them to stop using ‘Hudson’