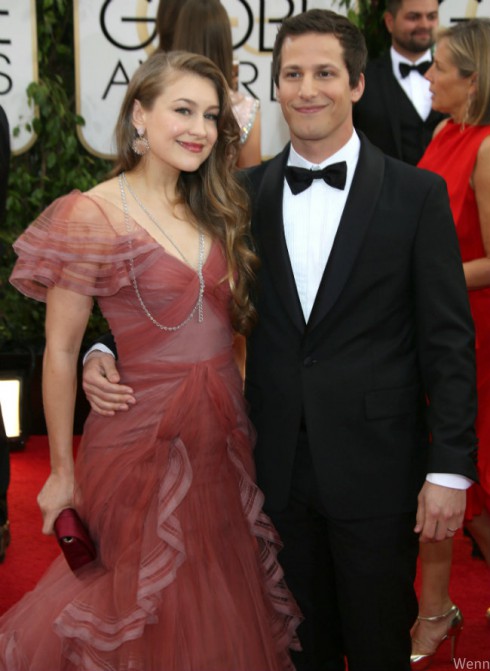 Earning what was likely the most unexpected win of the 71st Annual Golden Globes, Andy Samberg managed to compose himself enough to thank the important people in his life — including his new wife, Joanna Newsom.

Although Joanna’s name is likely unknown to most fans of Andy’s comedy, the singer-songwriter-harpist has a respectable fan base of her own. As a Guardian columnist put it in 2010…

She makes ambitious folk-inspired records in an era when the album is meant to be dead. Her lyrics mix archaic language with modern vocabulary, sung in a distinctive, stark voice – which a critic for AllMusic.com described as ‘somewhere between Bjork and a handbrake.’ She has made harp music influenced by Venezuelan and west African rhythms fashionable to indie fans. And stranger still, this mix sells out venues such as the 3,000-capacity Royal Festival Hall in minutes.

During her active decade in the business, Joanna has performed at numerous music festivals, personal concerts and live television shows. Her songs have been licensed for a number of uses, including a 2009 Victoria’s Secret commercial, 2008 MTV public service announcement and 2013 HBO show. She even provided original vocals for 2011’s The Muppets.

It was also through her music that Joanna and Andy got acquainted.

“He liked her music and would go to her shows,” a friend of Andy’s told Us Magazine. “He had the biggest crush on her.” 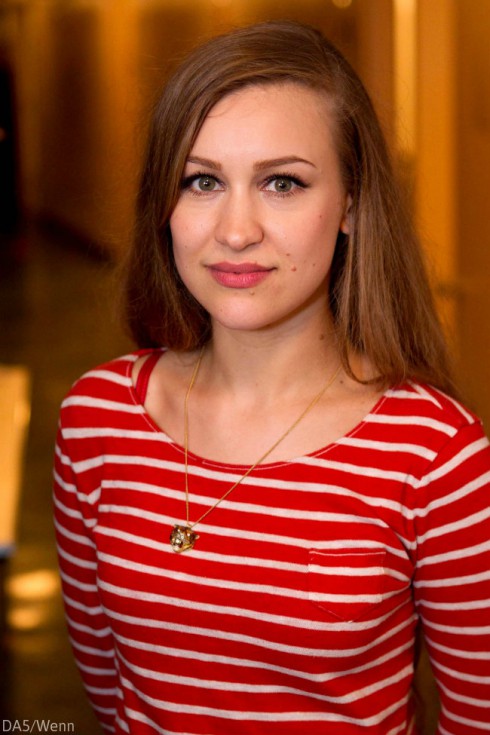 Superfan Andy and Joanna eventually met and hit it off. They dated for five years before marrying in Big Sur, Calif. last September. Despite being united in marriage, Andy said the pair has no plans to team up for a song.

“We’ve decided ultimately that her fans would probably murder me in my sleep,” Andy joked to Glamour of a theoretical Lonely Island/Joanna Newsom collaboration. “What she does is so, like, actually beautiful and important.”