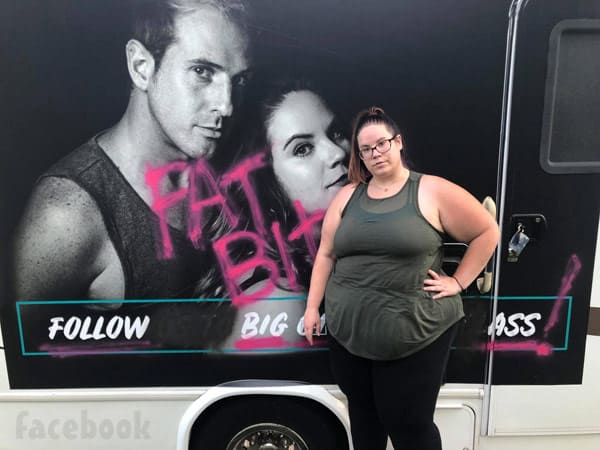 My Big Fat Fabulous Life star Whitney Way Thore just completed a very successful three-city “Big Girl Dance Class Tour” along with her bestie co-stars Todd Beasley and Buddy Bell, but the reception in her hometown of Greensboro, North Carolina wasn’t nearly as receptive as someone spray painted hateful graffiti on her tour bus — which was parked at her house!

Whitney posted photos of the RV, which featured the words “FAT B*TCH” painted across a photo of her and Todd. In addition, the vandal used black paint to cover up part of “FOLLOW US TO BIG GIRL DANCE CLASS” to read “FOLLOW BIG GIRL ASS” with an added exclamation point.

In a lengthy Facebook post accompanying the photos, Whitney points out that she is no stranger to hateful comments, but the fact that someone did this while physically at her home frightens her. “The content isn’t what bothers me — way worse things are sent to me on the internet daily,” Whitney says, “but this is different; this is at my home, on my property, and it’s terrifying.”

Whitney called the Greensboro non-emergency police line “and was told that since it’s not a hate crime and it’s not gang-related, someone would return my call tonight or tomorrow in the order it was received.” Whitney says that she has since parked the RV elsewhere, but that doesn’t do much to assuage her fears. “I can’t say I feel a whole lot better,” she adds.

Clearly this was literally a “hate crime,” but not legally. North Carolina’s hate crime statutes are among the nation’s weakest, and they currently only apply to specific misdemeanors in which a victim was targeted based on “race, color, religion, nationality, or country of origin.” There was a bill filed by state legislators early last year to “expand the state’s hate crime law to include protections for the LGBT community,” but that does not appear to have passed. Regardless, the new law would not have applied to Whitney’s case either.

On a positive note, as I mentioned above, it appears as though Whitney’s “Big Girl Dance Class Tour” through Pittsburgh, Chicago and Columbus, Ohio was extremely successful! Here are a couple photos shared by Whitney just after the conclusion of the tour — including a shot of the tour RV before it was vandalized: 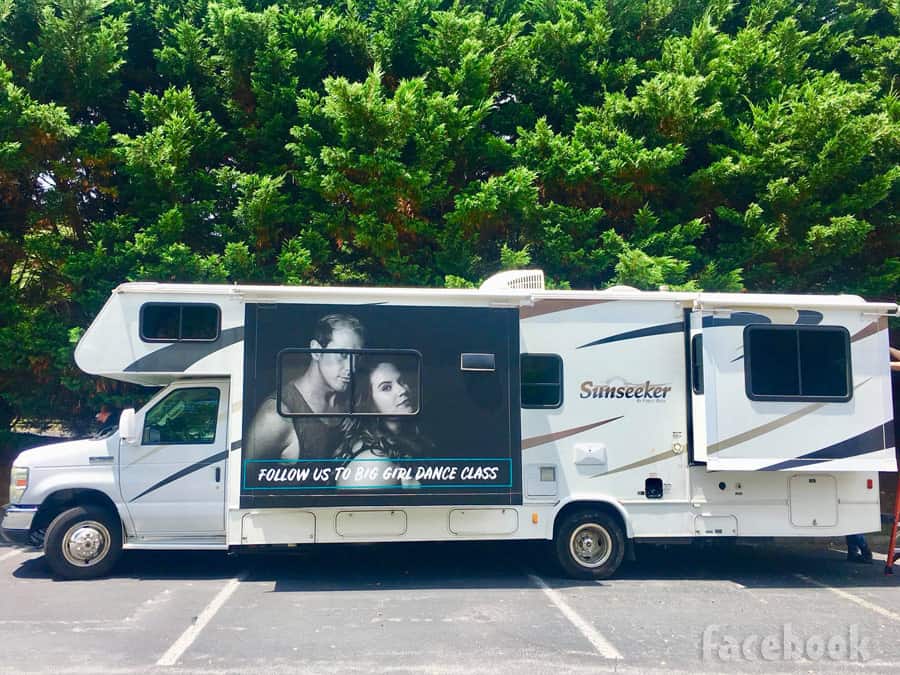 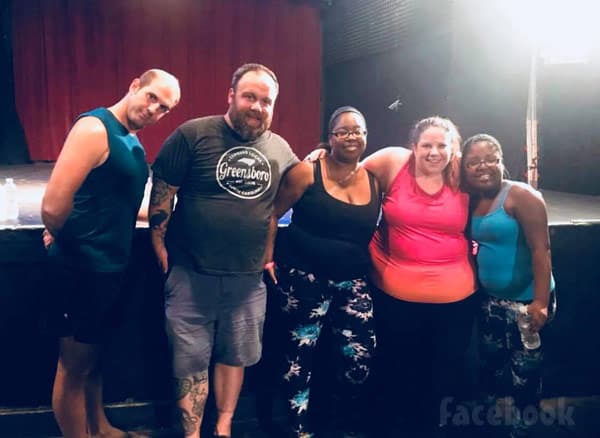 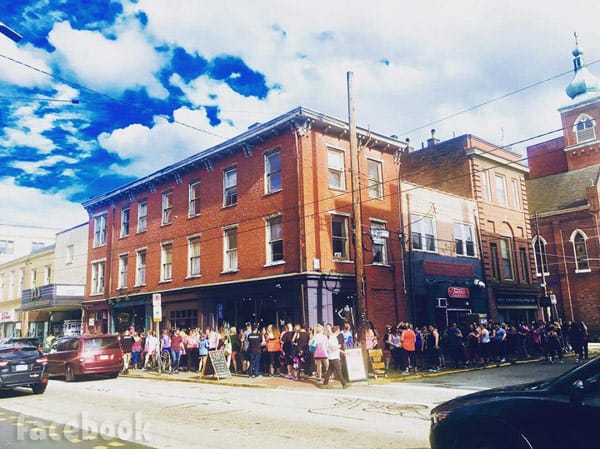 If you look closely at the bottom photo, among the HUGE THRONG of peeps lined up, you will notice several staffers — including what appears to be a camera crew. Whitney confirms in her appreciative caption that fans will have a chance to see the tour soon, “but you’ll just have to be patient!”

Todd, Buddy, and I want to say a big THANK YOU to everyone in Pittsburgh, Columbus, and Chicago who came out for the first BGDC tour! We had a blast taking our little RV around, exploring, and—of course—teaching class for so many amazing and enthusiastic people! We’re back home and missing it already. We’ll keep you posted on future tour dates! ? PS: if you missed it, you can still see it, but you’ll just have to be patient!

I know I will be tuning in just to see what the sleeping arrangements were for these three on that RV! It’s kind of like that riddle involving a fox, a chicken, and a sack of grain. 😉

But, back to the sobering topic of the hateful vandalism at Whitney’s home. Here is her full post, which focuses on reminding fans that there is a line that shouldn’t be crossed as far as a celebrity’s private property:

It’s not unusual to have people show up at my house and ring my doorbell, or leave gifts on my porch. Even though people are trying to be nice, this has always made me incredibly uncomfortable. People regularly mail things to my parents’ home address, show up, and once a woman even walked right in the house and into the living room and began talking to my mom. About a year ago, the Greensboro Police Department showed up at my doorstep in the middle of the night to do a welfare check— because they’d gotten a call that someone was planning to attack me with a knife that night. After that, I installed an alarm system.

This evening I walked outside to find the RV vandalized. The content isn’t what bothers me—way worse things are sent to me on the internet daily, but this is different; this is at my home, on my property, and it’s terrifying.

I called the non-emergency line in Greensboro, and was told that since it’s not a hate crime and it’s not gang-related, someone would return my call tonight or tomorrow in the order it was received. I’ve removed the RV from in front of my house, but I can’t say I feel a whole lot better.

I will say this: if you know where I live or where a celebrity lives, do not go to their home, even to pay them a compliment. When a stranger is on my property, I do not feel safe.

We would never advocate vandalism — especially at someone’s home. BUT, if you absolutely had to vandalize the “Big Girl Dance Class Tour” bus, and it was parked somewhere public, and you were using easy-to-wash off temporary paint, then we would recommend something more along the lines of this: 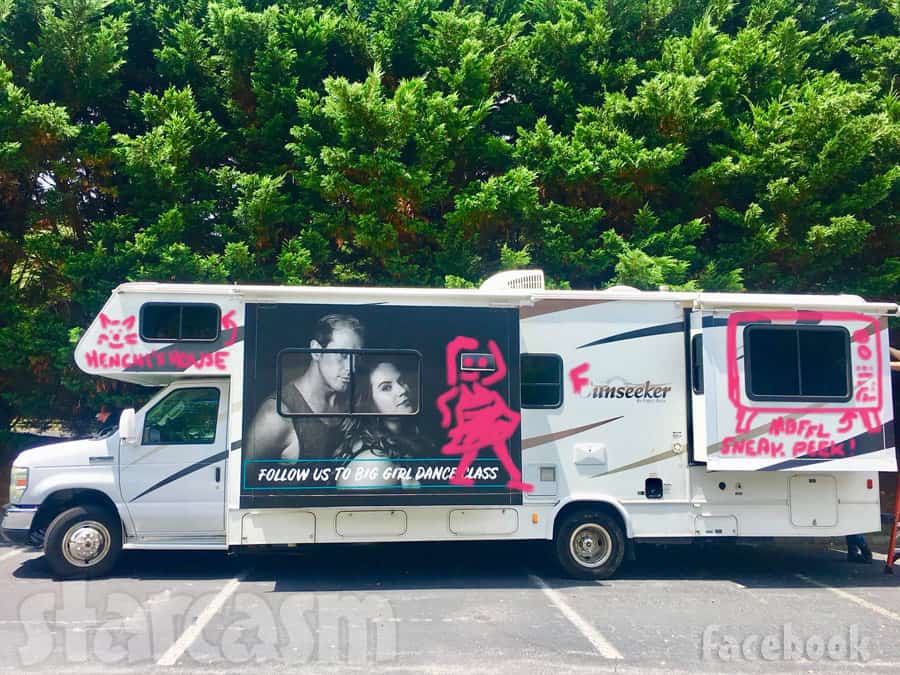