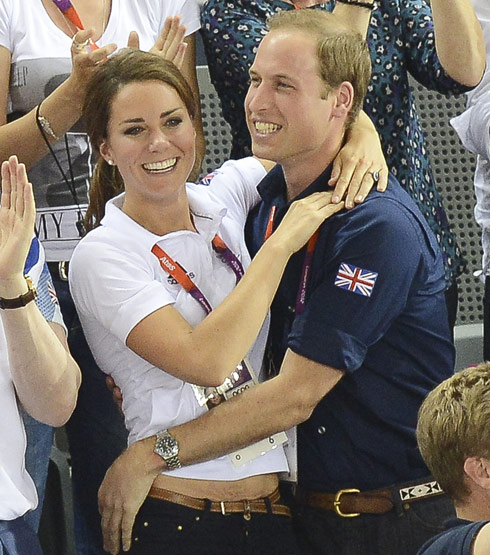 Kate Middleton and Prince William have confirmed that they are expecting a royal baby some time next year. And now, a close friend of Kate’s, Jessica Hay, is revealing key details about Kate including how far along she is and how they felt when they found out that Kate was pregnant.

“They cried with joy when they found out she was pregnant,” Jessica revealed to Life & Style. “Catherine’s been steadily putting weight on since April this year and hasn’t been drinking for a good few months — they’ve been preparing all summer. It was decided that they’d try at the tail-end of the royal tour in September, and that’s when it happened!”

“The difference in Catherine is already tremendous,” continues Jessica, who attended school with Kate when they were just 14 and was later a guest at Kate and William’s wedding ceremony. “Her face is already fuller. She really is glowing.”

Jessica also revealed that Kate is “seven to eight weeks along,” and another insider confirms, “She’s due in July, which is a month full of significance for William. His mother, Diana, was born on July 1, and his parents got married on July 29.”

Unfortunately, Kate hasn’t had the easiest pregnancy. She is currently in the hospital suffering from hyperemesis gravidarum which is an intense form of morning sickness which results in dehydration, vitamin deficit, and weight loss. In an official statement from the Palace, it was announced that Kate would remain in the hospital for several days and will require a period of rest thereafter.

Ever wonder why Kate isn’t officially called a princess? Click here to find out why.