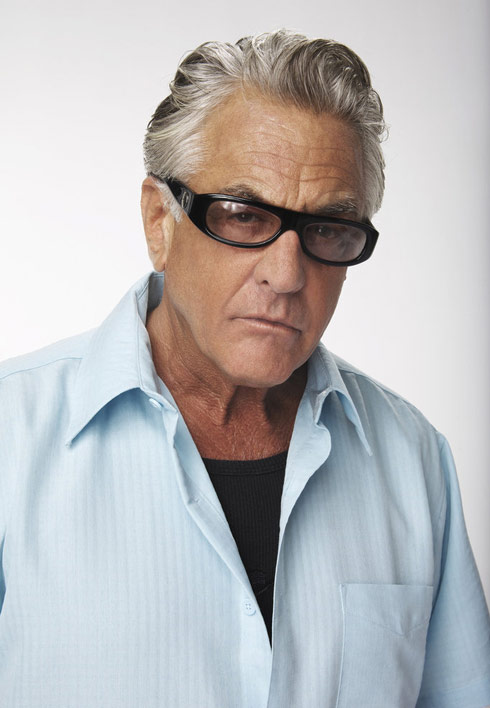 Barry Weiss is the eccentric and witty break-out rock star from A&E’s enormously popular reality series Storage Wars. His cavalier attitude and borderline ridiculous (but all in fun) antics are a huge part of Barry’s success, as is his hipster mobster look that includes Hollywood-worthy slicked back gray hair, skeleton gloves, and one of the toughest pair of eyeglasses to ever grace the small screen.

So, if you’re like me, you’ve found yourself trying to tune out Dave Hester’s repeated “Yuuuuuuuuuuup!” as you asked yourself the questions, “Where kind of glasses are those Barry Weiss is wearing? And can I get me a pair?”

The answer to the first question is West Coast Choppers. That’s right, the glasses are an ultra rare pair of custom eyewear made by Jesse James’ company, which is fitting given the fact that Barry Weiss is Jesse James’ “Jewish godfather!” (Click the link for further Barry Weiss mind blowing!) 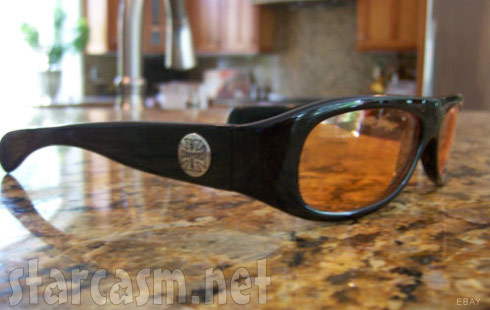 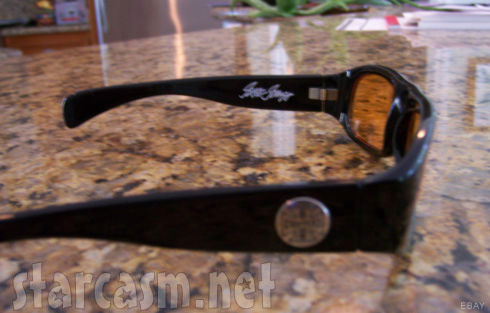 These were some of the original glasses made by West Coast Choppers, as evidenced by the round logo on the side. They were made in Italy and feature a Jesse James signature on the inside of the left earpiece.

So what about the second question posed above? Can you get a pair? The answer is “Yuuuuuuuuuuuuuuup!” But, only if you have some serious billage to spare. The photos in this post are from a Belgian eBay listing that has an opening bid of $255 – and I would imagine that is probably in the right ballpark. (Although it appears as though the auction may have ended without a bid. Anyone out there able to read the listing?) The only drawback is that it appears as though Barry has replaced the yellowish lenses with a pair of (probably prescription) slightly reddish tinted ones. 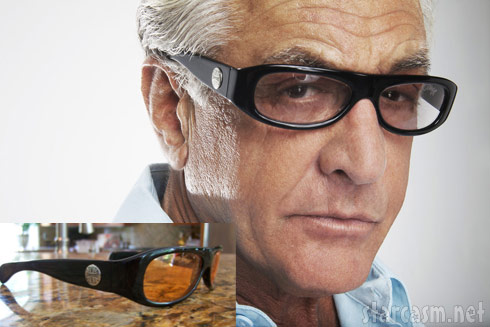 Want more Barry Weiss info? Be sure to check out our post about how he made his money selling wholesale produce, our post about his badass “Cowboy Cadillac” and our post featuring a photo of Barry Weiss as a long-haired strawberry blond stud muffin from the 1980s!