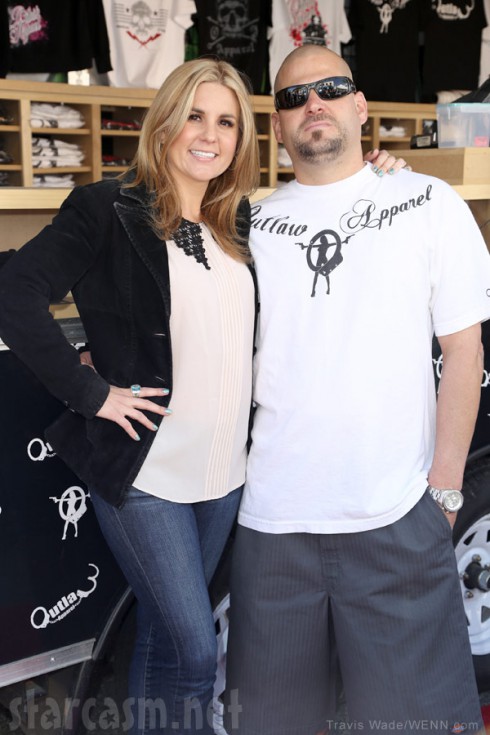 Storage Wars “Young Guns” Jarrod Schulz and Brandi Passante have expanded their growing retail empire with the Grand Opening of their second Now & Then thrift store, this one located in Long Beach, California. The big event was held Saturday under sunny skies where Brandi, Jarrod, their kids, Storage Wars auctioneer Dan Dotson and co-star Barry Weiss were all in attendance as a large crowd shopped through an inventory of used merchandise, some of which was purchased at storage auctions on the show! 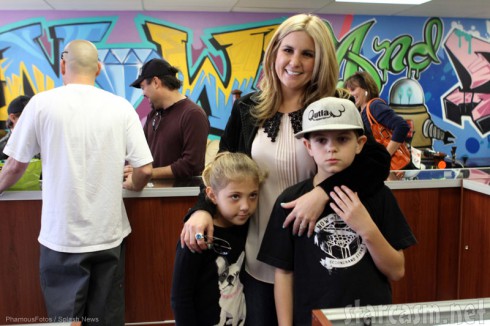 ^ Brandi Passante with son Camren (I believe that is his name) and daughter Payton in front of the elaborately painted walls of the Now & Then thrift store in Long Beach. 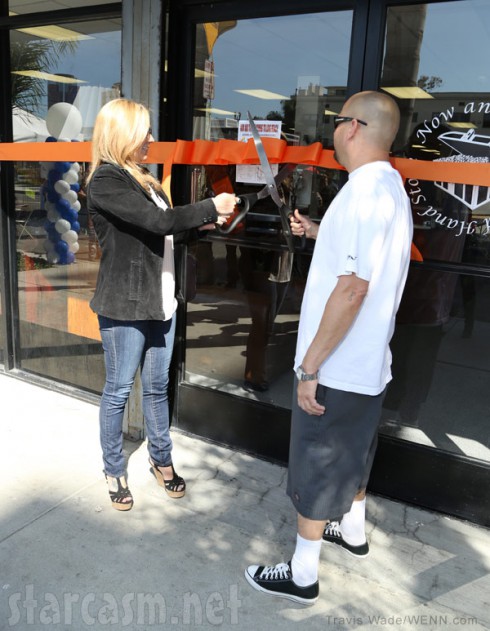 Festivities kicked off with an official ribbon cutting ceremony (above) and later included a raffle as well as lots of food and fun courtesy of food trucks brought in for the shin dig. Entertaining the large crowd was the always charismatic Barry Weiss, who apparently gave an impromptu concert with some sort of dulcimer thing: 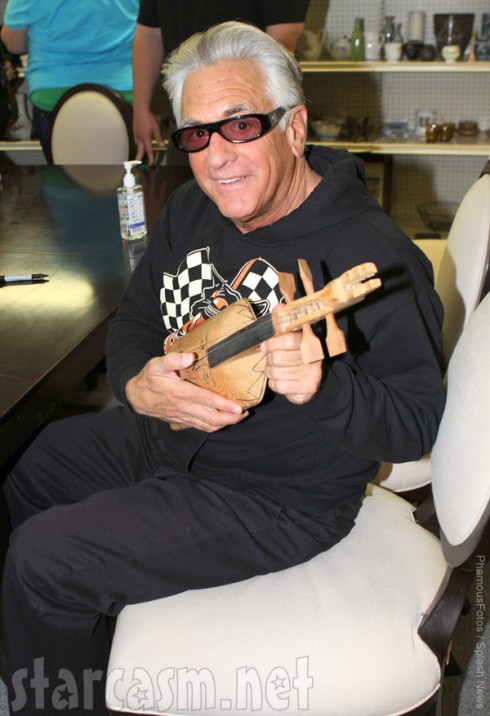 As I mentioned above, Storage Wars auctioneer Dan Dotson made an appearance and posed with Brandi and Jarrod: 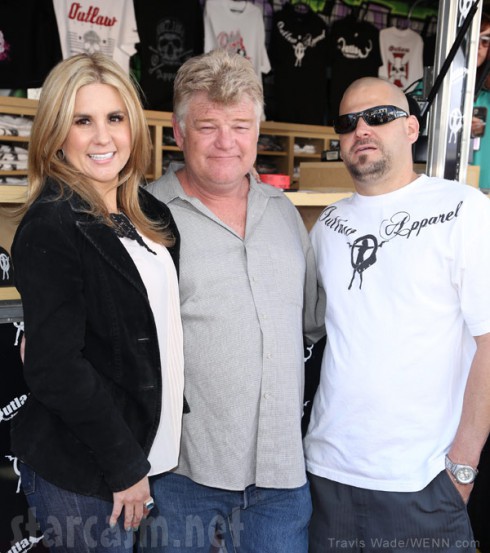 The Long Beach Now & Then Grand Opening was also attended by Ghost Hunters‘ Britt Griffith (below left) and Monster Man‘s Constance Hall among others: 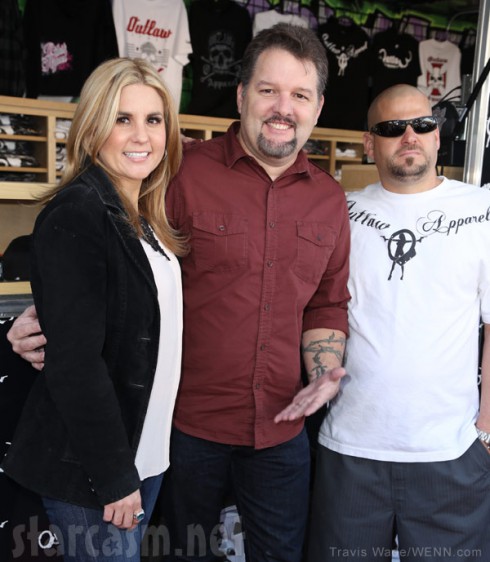 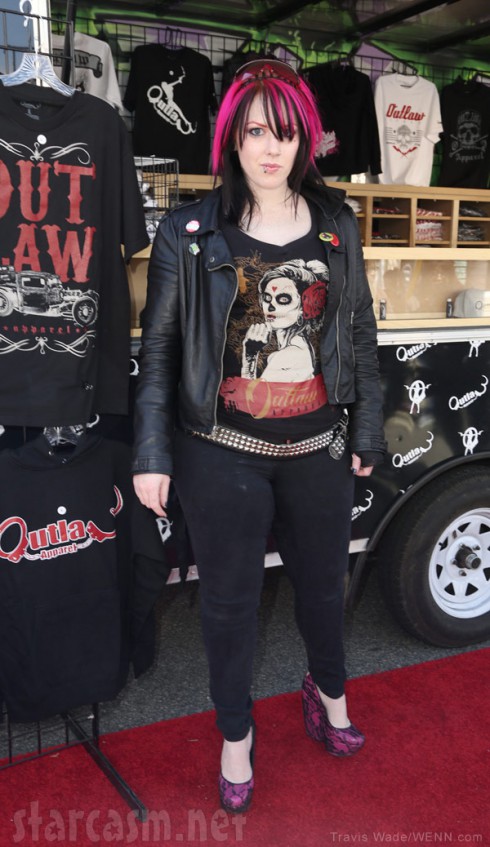 In addition to their new store opening, Brandi and Jarrod have something else to celebrate this month — the return of Storage Wars! It was just announced that Storage Wars will be returning with all new episodes on March 18 on A&E!

Until then, here are a few more photos from the store opening to check out: 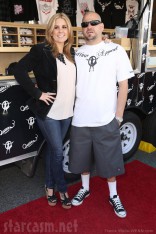 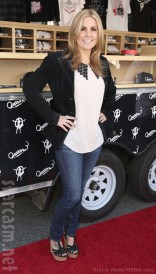 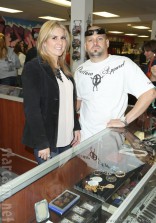