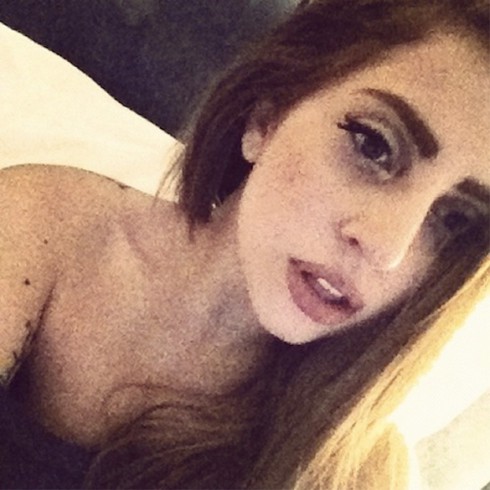 Lady Gaga is capturing headlines this week but no, she didn’t wear meat again this time, it’s because the Mother Monster (as her fans call her) cancelled four concerts from her tour after suffering an injury during one of her concerts. While fans (and everyone around her) are just now finding out about the injury, it actually happened a while ago. Gaga had been working through the injury but now things have become unbearable.

“There’s an unfortunate announcement coming out right now, concerning myself and the Born This Ball. Im so sorry. I barely know what to say,” Gaga tweeted yesterday afternoon. Moments later, an official statement was released via Lady Gaga’s website:

Live Nation Global Touring has confirmed that due to a case of synovitis, (severe inflammation of joints), Lady Gaga’s doctor has ordered her to postpone The Born This Way Ball performances in Chicago, Detroit and Hamilton.

“I am completely devastated and heartsick. I’ve been hiding this injury and pain from my staff for a month, praying it would heal, but after last night’s performance I could not walk. To the fans in Chicago, Detroit and Hamilton, I hope you can forgive me as it is nearly impossible for me to forgive myself right now. I would do anything for you. I will hopefully heal as soon as possible and be at 500% again, which is what you deserve.” – Lady Gaga

Fans holding tickets to the affected performances are advised to retain their tickets pending confirmation of rescheduled dates.

Refunds for the postponed performances if required will be available at point of purchase.

According to Health Scout, Synovitis is defined as the inflammation of a synovial (joint-lining) membrane, usually painful, particularly on motion, and characterized by swelling, due to effusion (fluid collection) in a synovial sac (which is a herniation of a synovial membrane beyond the confines of a joint.) As for treatment, Gaga will likely be prescribed with anti-inflammatory drugs ranging from aspirin to ibuprofen to corticosteroids.

Unfortunately for Gaga, this isn’t her only heartache. She’s also dealing with a lawsuit regarding her ex-assistant Jennifer O’Neill and Jennifer claims that Gaga required her to sleep in bed with her when she didn’t have a man around.