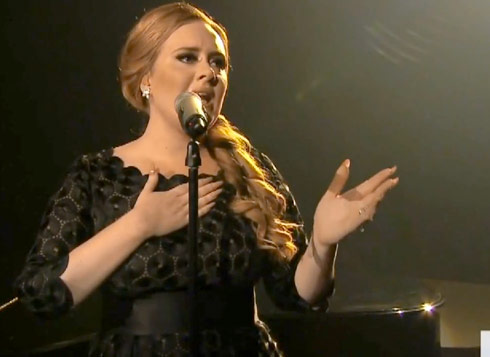 Despite the great numbers for the telecast, reviews have been mediocre, most of which lament the lack of anything shocking as well as the rather lackluster and unmemorable Britney Spears tribute. Reviews of Lady Gaga’s cross dressing alter ego Jo Calderone were mixed, but few had really great things to say about it – especially during Britney’s Video Vanguard Award presentation during which Gaga/Calderone seemed a bit overly aggressive in her attempt to be humorous. 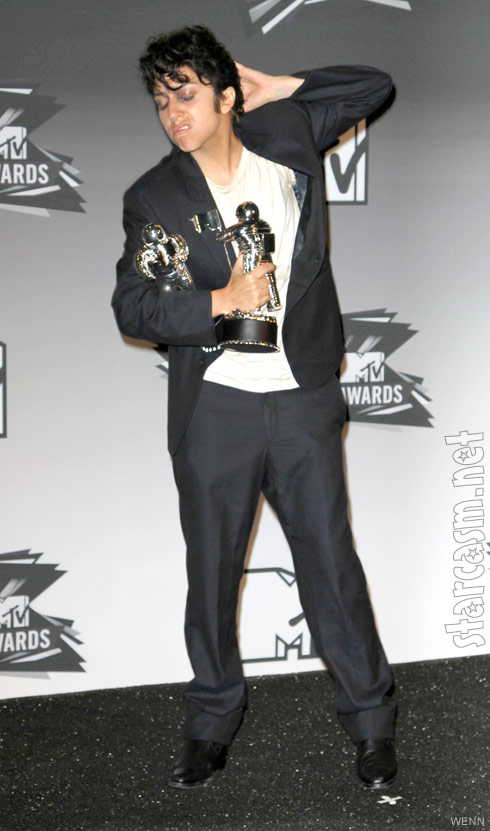 For me the show was a little disappointing, but not so much so that it wasn’t still entertaining! I got a little tired of the Gaguy routine pretty quickly and was really hoping she would do one of her famous costume changes before returning to the stage to present, but that was not nearly enough to prevent me from enjoying the ultra-hip pop culture spectacle that is the MTV Video Music Awards!

Some of my favorite parts of the show included Adele’s straight-forward performance of “Someone Like You,” Bruno Mars’ wonderfully emotional but uplifting performance of Amy Winehouse’s Valerie, and ***GULP*** I hate to say this but… Chris Brown’s flying trapeze dance act. Though I’m still not sure why we had to watch him kneel down while grungy white kids hopped on trampolines during Nirvana’s “Smells Like Teen Spirit,” the rest was really sensational to watch. For a moment his dance moves and smooth acrobatics made me forget he bashed Rihanna’s face in and has been a jerk about it ever since.

I think the high ratings this year were the product of the last two years being so sensational and newsworthy (Kanye and Taylor Swift anyone?) Who would want to miss something like that happening live?

That being said, I don’t think the lack of headline-grabbing antics this year will have too big of an impact in 2012 – MTV has done too good of a job making the show super-hip and not boring. I don’t even think anyone (outside of Bieber Nation and the performers themselves) even cares who won, do they? I was 15 minutes into that “Dude, Where’s My Pants?” show before I realized the award Katy Perry won was for Video of the Year and the ceremony was over!

So what did you think of the VMAs? Got any favorite or least favorite moments? Fire away!

Christina Hendricks wants to be a zombie on The Walking Dead