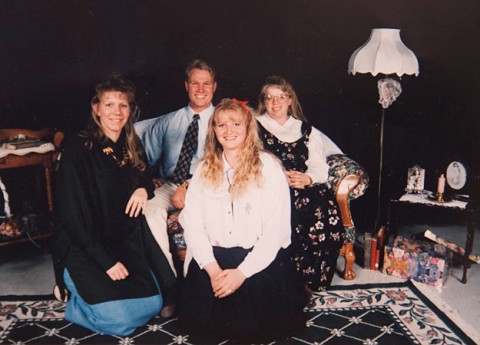 The Brown family from TLC’s reality show Sister Wives are currently under investigation for bigamy by the Lehi, Utah police department.

The polygamist family have exposed themselves in a major way by agreeing to the show and this attention has in practicality forced the hands of the law.  Kody Brown is only legally married to his first wife Meri but under Utah state law the crime of bigamy is defined by cohabitation and as the show has documented all three sister wives live together in the same home.  Bigamy is rarely prosecuted in Utah but if they were to be tried and found guilty the crime carries with it a third-degree felony charge.

Lt. Darren Paul of the Lehi Police Department confirmed that the show ignited the investigation:

“Admittedly, [the investigation] was brought on by the publicity surrounding the show,” Paul said. “It’s rare because most of the time people don’t bring this kind of attention onto themselves. But it is a state law, and we’re going to investigate it.”

In an interview with the Salt Lake Tribune the Browns made it clear that their intent was not to act as a representative of their particular faith but instead to show that their lifestyle is a viable and socially acceptable one.  So exactly what faith do they practice and believe in so passionately that they are willing to risk felony charges to follow?  Lets take a look at this particular question and find out some of the fundamentals of their faith system.

In another post from The Salt Lake Tribune, this a blog by Brooke Adams, it is stated that the Browns are not a member of the Fundamentalist Church of Jesus Christ of Latter Day Saints as has been reported but instead fall under the umbrella of the Apostolic United Brethern.  The AUB is sometimes referred to as the Allred group because two of its presidents shared that surname.  Members do not usually classify themselves as AUB but instead use the terms “The Work,” “The Priesthood,” or “The Group.” 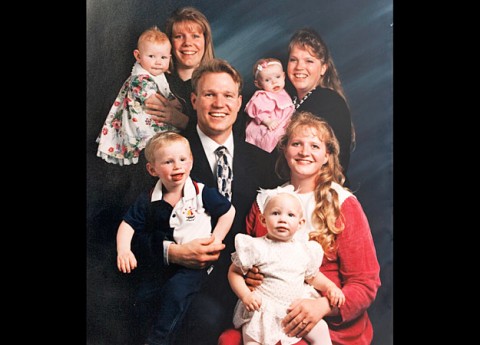 Furthermore they do not refer to themselves as a church and unlike nearly all other Mormon fundamentalist groups they regard the current mainstream Church of Jesus Christ of Latter Day Saints as a legitimate, but wayward, divine institution.  The leadership of the AUB, headed by Joseph LaMoine Jenson, provided a detailed description of their beliefs and practices in 2009 for addition to Utah’s “Polygamy Primer” a document put together by the state to assist social workers and the general public in understanding these groups.

1. We are, and always have been, wholly opposed to abuse and oppression of any kind, and we feel it our duty to promptly report any suspected abuse to the proper law enforcement authorities.

2. We do not encourage or permit “child-bride” marriages or arranged marriages.  Instead, it is a fundamental principle of our faith that it is the sacred privilege of all, male and female, when they are adequately mature, to choose whom they will marry.  Forced, arranged, or assigned marriages are not a part of our belief or practice.

3. We try to encourage our people to take care of their own needs and to entirely avoid any reliance upon the government. Though there are some members of our faith who may have received government assistance, they are encouraged to become self-sustaining as soon as possible. Our teachings are to be honorable in all our financial dealings which includes full payment of all required taxes as well as avoiding debt.

4. Although we have not had any affiliation with the FLDS for nearly 60 years due to some of these very issues, we are nevertheless deeply concerned that Texas state agencies have violated God-given and Constitutional rights of the FLDS community at the YFZ ranch contrary to principles and freedoms that iconic America stands for.

In summary, we do not support abuse of any kind, and feel that the perpetrator, whether it be an individual, a group, or a government, ought to be held accountable for perpetrating abuse. We believe in being honest in our financial dealings and in provid­ing for our own people. We are appreciative of this good country in which we are al­lowed to worship Almighty God, and we willingly pay our taxes so that these and other freedoms may be enjoyed by all. We do not condone underage, assigned, or incestuous relationships. We abhor compulsion and oppression in all its forms and support those laws that seek to properly address these issues.

Key to understanding the difference between the AUB and the LDS church is what is commonly referred to as the “1886 Meeting.”  From the Wikipedia entry:

The AUB’s claims to authority are based around the accounts of John Wickersham Woolley, Lorin Calvin Woolley and others, of a meeting in September 1886 between LDS Church President John Taylor, the Woolleys, and others. Prior to the meeting, Taylor is said to have met with Jesus Christ and the deceased church founder, Joseph Smith, Jr., and to have received a revelation commanding that plural marriage should not cease, but be kept alive by a group separate from the LDS Church. The following day, the Woolleys, as well as Taylor’s counselor, George Q. Cannon, and others, were said to have been set apart to keep “the principle” alive.

In summary the Brown’s faith could be described as the most liberal of fundamental Mormon group systems.  Their acceptance of the LDS along with the desire to be transparent in many ways make them the most socially acceptable of the Mormon fundamentalist groups.

So what do you think of the Brown’s faith and the subsequent investigation of bigamy by the state?  Should it be any of our business if consenting adults choose this lifestyle as long as they are not breaking any other laws?