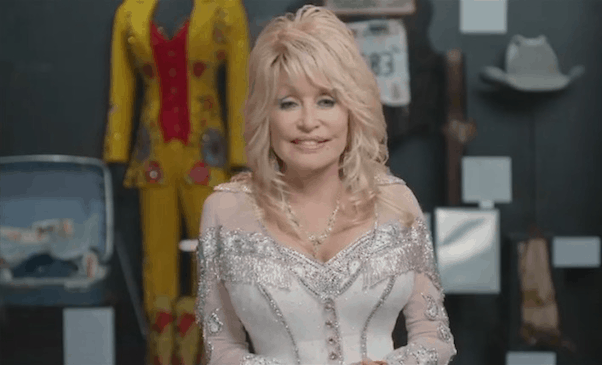 JEZEBEL – Dolly Parton is in talks to reprise her famous 1978 Playboy photo shoot — potentially right down to the black leotard — to celebrate her 75th birthday in a few months. That doesn’t necessarily mean the legend is going to grace the world with Dolly Parton topless shots, though; Dolly says she’ll do it if the shoot can be “in good taste” and “if they [the magazine] want it.” Consider this a done deal

VOX – On a completely unrelated note: “How to vote by mail in 2020: Everything you need to know to get your ballot on time and make sure it gets counted”

LAINEY GOSSIP – There’s another new rumor about new Adele music coming soon, except this time it looks like the rumor may have some legitimacy to it? And by “coming soon,” we mean “next month”

DLISTED – Modern Family wrapped six months ago, but Sofia Vergara is still the highest-paid female actor in the world after pulling in $43 million dollars over the last year. That’s just a tick under what the highest paid male actor brought in: The Rock earned $87.5 million over the same span

THE BLAST – “Britney Spears Gives A Sneak Peek At Her REAL Life — ‘Instagram Vs. Reality'”

GO FUG YOURSELF – Finally, here’s another fun GFY blast from the past: “The Photos from the Premiere of Good Will Hunting Are SO Late ’90s”