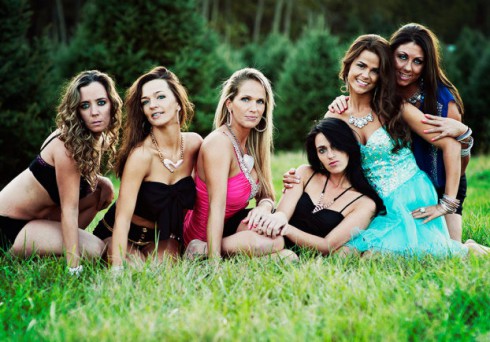 Based on pictures for the second season of TLC’s Gypsy Sisters, it looks like the ladies put their wild ways behind them and are finally able to get along. But don’t be deceived: Tomorrow’s season premiere centers on their most knock-down, drag-out fight yet.

“With gypsies, in the long run, the only way you settle a war is with your fists,” said Nettie Stanley, the self-proclaimed family matriarch, in a video leaked to TMZ.

Although there isn’t much context to the TMZ video, we were able to piece together a bit more with the help of TLC: “Fresh out of jail and pregnant with her first child, the unruly black sheep of the Stanley troop, Mellie, stokes the flames of drama that surround her older sister, Nettie. The Stanley sisters, armed with verbal weaponry and fists of fury, are a force to be reckoned with. Nettie’s feud with cousin Kayla comes to a head with a colossal gypsy brawl, and after the dust settles, the family is left in a bitter divide.” 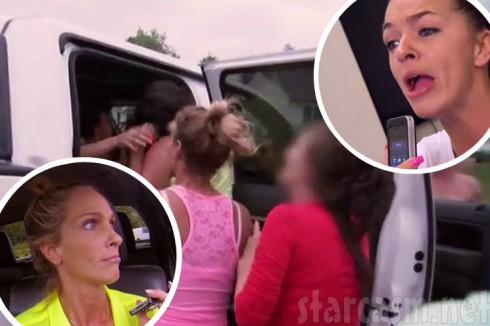 It’s unclear what kind of dispute led to the actual battle, but it definitely wasn’t an impulsive fisticuffs. Before even meeting up, Nettie, sister Mellie Stanley and their cousin Kayla Williams got on the phone to “discuss” where the fight should go down. (The family tree is kind of confusing. Reference our handy guide for help!)

The fight discussion comes around the 1:16 mark…

“When gypsies fight, it has to be on neutral territory so no one calls the law,” Nettie explained in a later confessional.

During the chat, the mother-of-nine was a little less calm…

“I’d be like a f**king homeless cat that ain’t eat meat in a month,” Nettie said to whoever was on the end of the line.

For once, Mellie seemed to be the calm one. She may even have a future as a fight organizer! (Is the WWE hiring?)

“Nettie is happy to roll up into Kayla’s house and fight her, but she knows Kayla’s a law-caller and Kayla’s only going to call the law,” Mellie explained. “No one can agree where to fight at.”

It seems they eventually settled on meeting at Nettie’s house. Kayla showed up with her side of the family in tow. She was so eager to go that she jumped out of the car before it came to a stop and ran over to get things started… But Nettie quickly took her down.

“Do you ever want to taste something like really good and you’re jaw’s just like watering? I want to eat you the f**k up,” Nettie said in a confessional.

Toward the end of the clip, it seems Nettie came to her senses and let the outnumbered Williams family go. Unfortunately, the rest of the Stanley clan wasn’t so forgiving…

“I’m in the truck in between Sheena and Lottie. We’re hanging out of the truck, in of the truck and Sheena’s tryin’ to take off,” Kayla later said. “This fight was out-numbered and unfair and we’re tryin’ to get out of here.”

Watch the full fight play out during the two-hour season premiere of Gypsy Sisters on TLC tomorrow night at 9/8c.