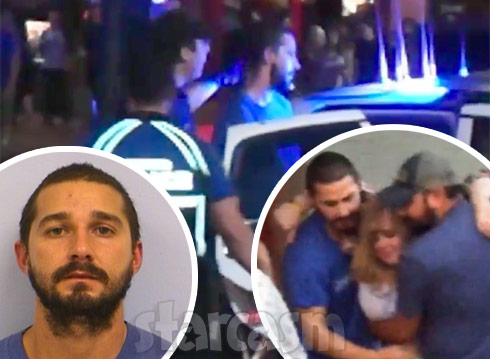 Troubled actor Shia LaBeuof continues to add to his train wreck resume, this time managing to somehow get arrested for being too drunk on 6th Street in Austin, Texas. (6th Street is party central in downtown Austin with a string of bars, restaurants, and clubs.)

Shia is in town for the Austin City Limits Music Festival and apparently got the party started pretty early on Friday. An eye witness says he/she saw Shia and a woman attempt to enter a bar, but both appeared to be extremely intoxicated and were turned away. Towards the end of this video report by local TV station KVUE you can see Shia and another man trying to hold up a blonde woman who appears to be too inebriated to stand up:

At approximately 7:30PM, eye witnesses report seeing Shia acting intoxicated as he ran into the street illegally in front of police. He was warned not to jaywalk again by officers, but Shia disregarded their warning. Shia was cuffed, arrested, and later booked into Travis County Jail at 8:30PM. He was charged with misdemeanor public intoxication and later released.

Here is Shia’s latest mug shot photo as well as the official statement issued by the Austin Police Department: 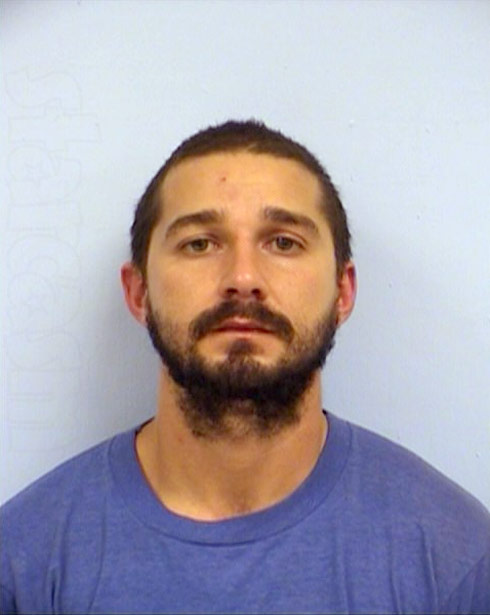 On October 9, 2015 at 7:33 p.m., Shia Saide LaBeouf was arrested by the Austin Police Department for Public Intoxication at the intersection of 6th Street and San Jacinto Boulevard.

Due to pending adjudication, no further details will be released at this time.

UPDATE – Representatives from the Bring Me Your Torch podcast are currently in Austin and they have a different account of what happened, claiming that Shia wasn’t intoxicated, but merely running from fans:

AGAIN we know that #ShiaLaBeouf was NOT WASTED & was being chased by FANS, then JAY WALKED http://t.co/CznEm8yMxn pic.twitter.com/6iXfX66SjI

Video of Shia LaBeouf’s arrest from an eyewitness:

You can hear live music in the background (It’s 6th Street in Austin yo!) and someone says at the end of the clip, “Yeah, he’s on drugs.” (“Drugs” gets cut off, but it’s pretty clear that’s what was being said.)

Here are a few more photos: 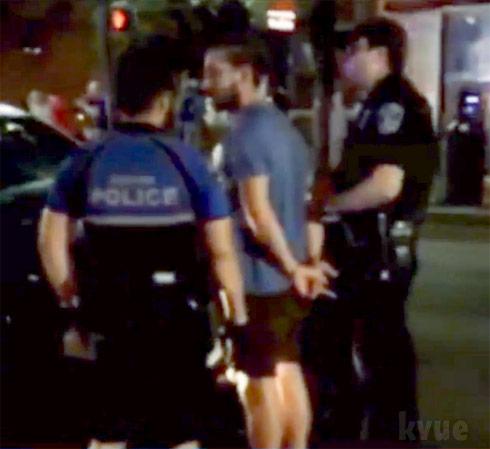 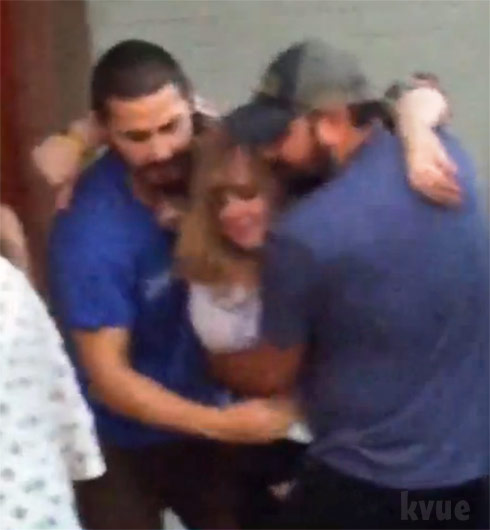 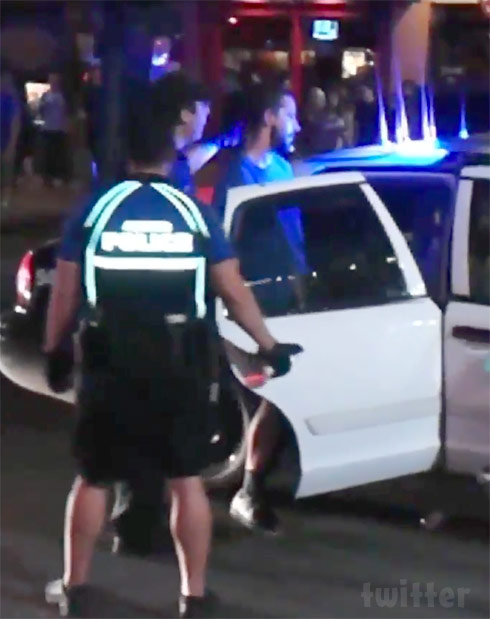 It seems like Shia REALLY needs to take a lesson from the patron saint of Austin, Willie Nelson: 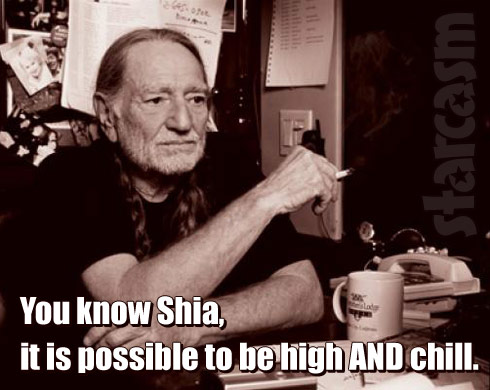 Of course, Willie had his Shia years as well: