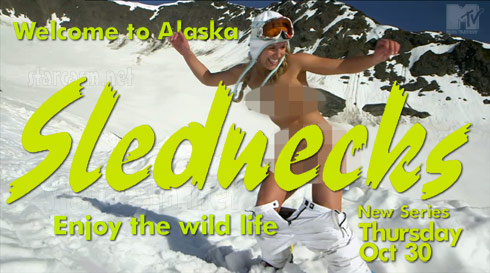 It was officially announced waaaay back in April that MTV planned on reviving Buckwild by heading to the last frontier of Alaska for a new reality series called Slednecks. During the Video Music Awards the network aired the first video promos for the new show and announced the snow holds barred series will premiere Thursday, October 30!

Judging from the clip, Slednecks looks like a bunch of 18-25-year-olds making iceholes of themselves. Ha! Oh snow he didn’t!

You gotta hand it to these folks, being nearly naked in the South is easy, but in Alaska?!? I was especially impressed with the young lady in the photo at the top of this post who put the “ski” in skivvies by wearing a hat, goggles and a pair of pants Justin Bieber style (with nothing underneath) as she streaked down a slope. Now that’s an extreme sport!

And how about all those delicate unmentionables from Victoria’s Secret that can only be washed in cold water? No problem for these Alaskan ladies: 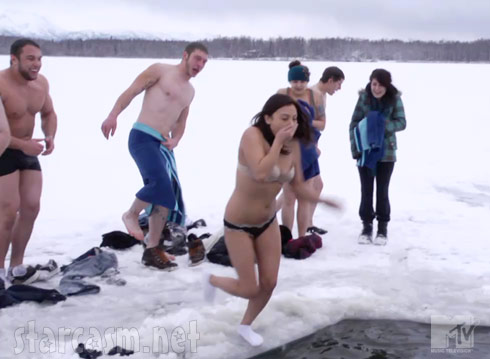 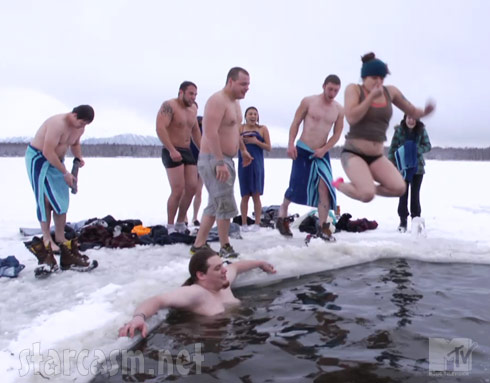 And just in case you’re wondering why MTV elected to add the ‘necks tag to the title, it’s because these snowbillies seem to have a lot in common with their distant Southern brethren, like drinking, setting things on fire, and always looking for new ways to use living room furniture other than in a living room: 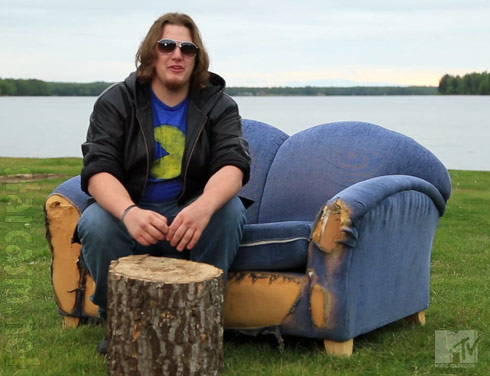 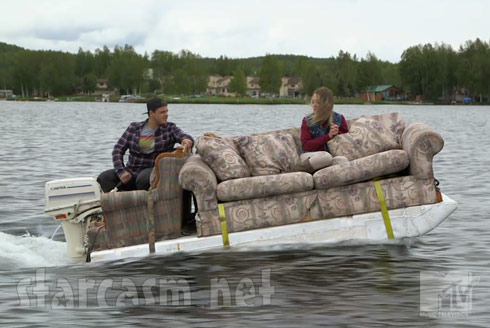 Is that what you would call an Eskimotorboat?

Also, these Alaskan ladies appear to like gettin’ muddy just as much as their Southern counterparts: 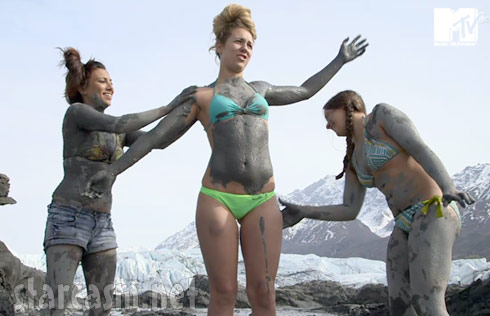 And of course there’s the whole gun totin’ aspect too: 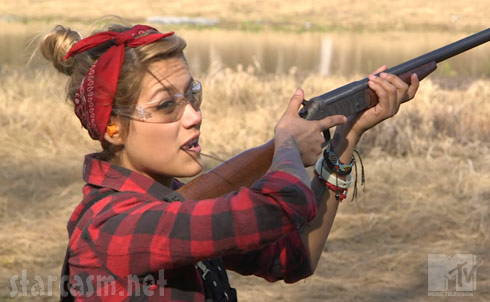 Sarah Palin would be proud!

Here’s a second Slednecks preview video that is very similar to the first, but it focuses a little more on cast member Jackie, who says in the clip, “I come from a small town past the Arctic Circle. I’m a straight up Inupiaq Eskimo.”

Here’s a description of the show from MTV:

MTV’s Slednecks is a weekly half-hour, comedic docu-series, following a group of ‘outdoor tough’ friends living in the rural town of Wasilla, Alaska. With mountains and rivers as their playground, these close friends make the most of what they have while always having a blast doing it. Polar Bear plunges, airboating on ice, glacier parties, river wakeboarding, and human catapulting are just some of the action-packed adventures these ‘Sled-necks’ get into, while also navigating dramatic friendships and relationships in the prime of their lives.

Slednecks premieres Thursday, October 30 on MTV. (It is unclear at what time.) What do you think? Will you be igloooed to the screen?