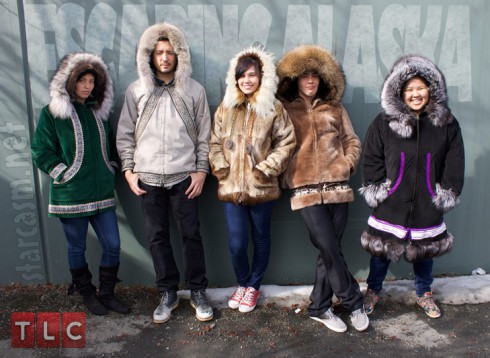 Tonight TLC and Hot Snakes Media premiere Escaping Alaska, their latest “escape from American subculture into American mainstream culture” TV show featuring “five young people of Inuit, Inupiaq and Yupik descent who risk everything in the pursuit of their dreams as they leave their frigid Alaskan homes for sunny San Diego.” The show follows in the footsteps of the network and production company’s popular Breaking Amish series as well as their FLDS-based Breaking the Faith, both of which have come under fire for starring cast members whose on-screen story lines turned out to be a bit exaggerated. So will Escaping Alaska be the same story, or are these actually fresh-off-the-ice Alaskan youths?

I should first point out that TLC, just as they were with the Breaking the Faith press release (and not the original Breaking Amish release), is very careful in the wording of the press release for Escaping Alaska, avoiding the use of terms like “true stories,” “reality show” and even “docuseries” completely. The result is that they never really claim that these are true stories at all, merely “a fascinating study of people struggling to preserve their traditional way of life, and the aspirations of its younger generation who are seeking their own way,” according to Jon Sechrist, vice president, production and development for DNI, who commissioned and executive produced the series. “The five characters featured are a microcosm of their community,” he says. 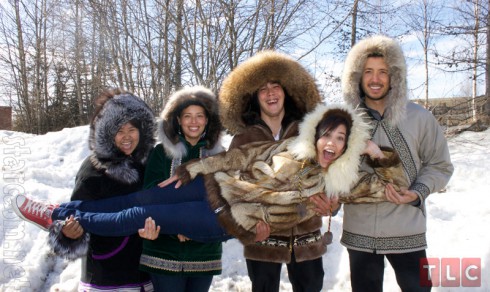 Sechrist commented further in an email to ADN.com, “Escaping Alaska is about five young native Alaskans and their point of view during this stage in their lives, and not meant to portray the experience of every Alaskan.”

When asked about the “fake” claims that hounded Breaking Amish when it was discovered a number of the cast members had in fact left their Amish and Mennonite communities long before taping began, Sechrist said, “it’s great to be in the company of Breaking Amish,” before adding that “he can’t speak to any inaccuracies on that show because he didn’t work on the series,” according to ADN.com.

“You look at some shows and say, ‘Wow, they are basically reading a script.’ That is not the case for us,” Sechrist said. He also pointed out that potential cast members who had clearly left Alaska long ago were rejected.

Our previous post about Escaping Alaska was shared on the “I Am Alaska Native” Facebook page, and in addition to sparking a debate on whether or not this was going to be good for Alaska, it also inspired comments from folks claiming to know a couple of the cast members:

This girl worked in a coffee shop in fbks and I’ve gone to school with her! I’m sure she wasn’t all “I’m so eskimo and stuck in ak”! She went to Europe! She worked with my 18 yr old sister and my sis has established herself! If Mary couldn’t do that on her own with out a TV show obviously her coffee wasn’t good enough to get tips like my sis. I mean an 18 yr old who worked at a coffee shop on tips has her own car she paid for and an apartment of her own while graduating from high school!

Save the tears and learn to budget money you made.. your in your mid 20s and have to “ESCAPE AK” no!!!!!!! This is crazy she is crying on screen for 5 secs of fame. She was living in FAIRBANKS!! NOT A VILLAGE WHERE I GREW UP!

Another commenter named Georgia pasted numerous “laughing until you cry” emoji followed by, “She moved here in 7th grade. Mr.Kellys daughter that moved here to be a consular.” She adds, “He worked at the Hopson Middle School.”

Hopson Middle School is in Barrow, Alaska, home of Escaping Alaska cast member Nuala. A Google search for Nuala Kelly in Barrow, Alaska turns up all sorts of things — a lot of which include photos that do appear to be Nuala from the show: 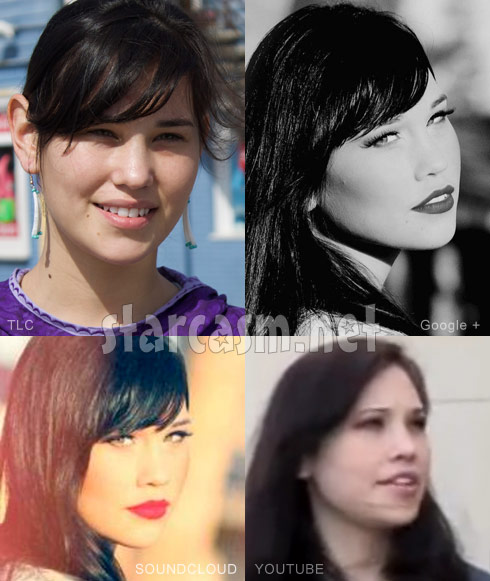 Although there is no confirmation that Nuala moved to Alaska from somewhere else, she does appear to have a lot of family connections to Arizona, judging from her Facebook page.

Regardless of the authenticity of her story on Escaping Alaska, Nuala Kelly definitely seemed destined to leave Barrow! Unless there is more than one Nuala Kelly of approximately the same age who attended Barrow High School, Nuala has quite the entertainment media resume! Check out this suicide awareness video she made as a high school student in 2012:

Titled “Suicide Affects Us All” it took home 2nd place in the Alaska Association of Student Governments’ Media Awards that year.

But the video isn’t the only award-winning foray into media for Nuala, she also took home a first place trophy from The Alaska Society for Technology in Education in their 2011 iDida contest for her educational “Onomatopoeia Song:”

Not enough amazing-for-her-age technological hilarity for you? Well then how about this music video Nuala (I assume it is the same Nuala) made for her media productions class:

There really isn’t enough information available at this point to determine just how true Escaping Alaska will be, but it is my guess that what you will see are young people who are actually from these Alaskan communities with authentic ties to the Inuit, Inupiaq and Yupik. But, as far as their transition to mainstream American culture, I’m assuming a lot of that will be mostly manufactured by the production team. Also, I am guessing the conventionalism of their native communities and their aversion to young people “escaping” will be exaggerated a good bit for dramatic effect. The same can be said for how familiar these main cast members are with the “outside” world.

Also, all of the cast members are reportedly coming up with cover stories for their families and friends to explain why they will be gone, but I’m guessing none of their excuses will explain why there are camera crews there filming. So clearly those segments are either not true or else reenacted after the fact, right?

Either way, the program still has the potential of shedding some light on an American culture that not many people know anything about, and I for one will be tuning in to see if the story TLC and Hot Snakes Media tells is an informative as well as an entertaining one.

VIDEO Are You the One? Season 5 trailer, cast names, photos and Instagram links