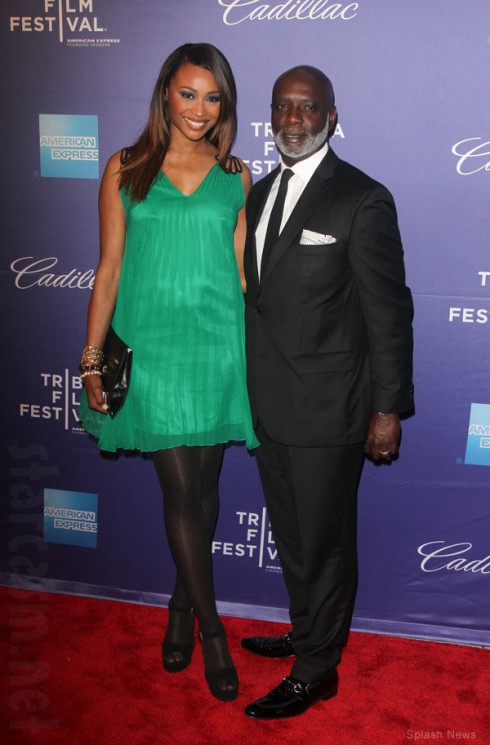 The Real Housewives of Atlanta‘s Cynthia Bailey and husband Peter Thomas have had a rough go of it in their relationship, both personally and financially. Fans of the show will remember Cynthia’s reluctance just prior to her wedding, not to mention her family’s efforts to sabotage the nuptials. They will also remember Peter’s failed business venture, the Uptown restaurant/lounge.

Peter appears to believe in the mantra, “if at once you don’t succeed, try, try again” and is back at it again with another restaurant and lounge called Bar One. In a preview for the upcoming 6th season of The Real Housewives of Atlanta, Peter reveals to Cynthia that the business is facing foreclosure. (There’s no word on how his “Peter’s Brew” coffee venture is faring.) 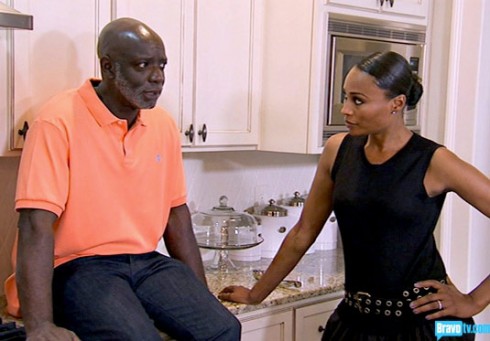 Cynthia spoke with Radar Online recently about the Bar One foreclosure issue and the continued troubles the couple’s relationship. “Financial issues are just huge in a new marriage,” Cynthia says. “We were struggling even to get married and then once I finally feel like I’m seeing the light at the end of the tunnel, I got hit with the bomb.”

Cynthia went on to say that the couple is still struggling with the Bar One financial issues today, and that one of the major issues is their lease. “We’re taking steps to try to buy the property,” Cynthia explained. “We were comfortable renting it and it’s a whole other set of things that come with buying, so that’s where we are and I’m just hoping it works out.”

* It should be noted that it was apparently the owner of the building that was facing foreclosure and wasn’t an issue with Bar One. According to Straight From The A, the property was scheduled to go up for auction and Peter says he submitted a bid and was “the first in line to purchase” the property at the time.

As you might imagine, the financial difficulties faced by Bar One have just continued to add stress to the couple’s already strained relationship. “He feels everything’s going to be okay,” Cynthia says of Peter. “My thing is, well I’m not so sure because three years ago, that wasn’t the case. So it’s not that I don’t believe him, but I feel like I need to take steps no matter what to make sure that we are good.”

The steps Cynthia is referring to includes filming RHOA as well as putting a lot of time and effort into her own business venture, The Bailey Agency School of Fashion. “All I do is work,” Cynthia admitted. “That’s one of the other issues Peter and I are having in our own personal life is now I’m so paranoid and scared of being broke again that we even struggle for a date night.”

“Peter’s very frustrated with the fact that I’m just a working lunatic now,” Cynthia adds. “And now he feels like we never do anything together.”

So what does Cynthia think of her and Peter’s future as a couple? “I’m not a psychic [on] what five years down the line is going to hold for us,” she says. “But if we don’t end up being together, I think we tried everything we could do to make it work. And if we’re not together, it’s just not meant to be.”

She then reminds us, “We just celebrated our three-year anniversary,” before adding, “Most people didn’t even think we’d make it that long, including us. To be honest with you. I wish for the best.”

The Real Housewives of Atlanta Season 6 premieres tonight at 8/7c on Bravo.

To find out more about Cynthia Bailey and Peter Thomas’ personal lives and relationship struggles, be sure to pick up a copy of their new book, Carry-on Baggage: Our Nonstop Flight. Here’s the cover followed by a description from the publisher: 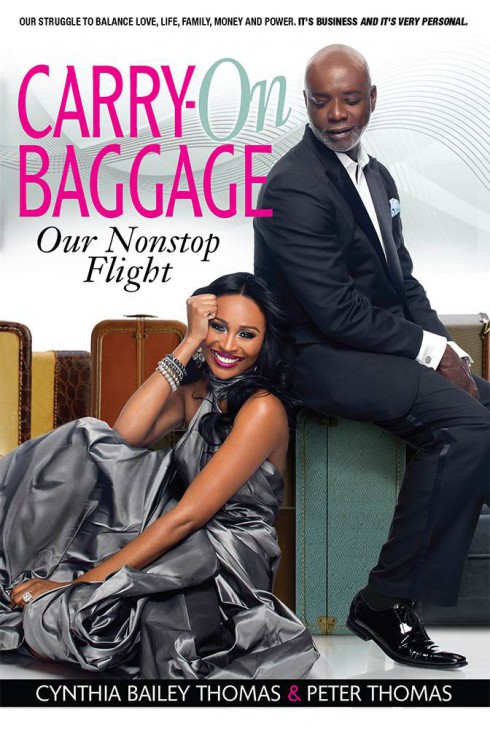 In their straight-talk couple’s memoir, Carry-on Baggage: Our Nonstop Flight, Cynthia Bailey Thomas and Peter Thomas chronicle their journey of raising a blended family, running a mini-empire, and keeping the fire burning in marriage after age forty. The book’s title is a playful euphemism that defines all the moving pieces that come along with mid-life marriage. The chapters delve into everything from Cynthia’s and Peter’s first date, which was fifteen years in the making, to their formula for successfully managing six children and five co-parents. Readers will be stunned to learn how the ex-supermodel and restaurateur/entrepreneur shot to fame and joined the ensemble cast of Bravo’s hit reality show, The Real Housewives of Atlanta. Carry-on Baggage will inspire, provoke, and make readers laugh out loud as they take Cynthia and Peter’s nonstop flight to finding marital bliss.