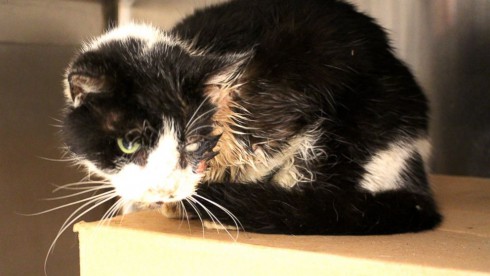 After being struck by a car, appearing dead and getting buried, Bart the cat casually turned up at a neighbor’s house earlier this month — to the great shock of that person and Bart’s owner.

“I open the door and my neighbor’s standing there with the cat in her hand,” Bart’s owner, Ellis Huston, told ABC News. “She said, ‘Bart is not dead.’ I said, ‘That’s impossible. We buried Bart.'” 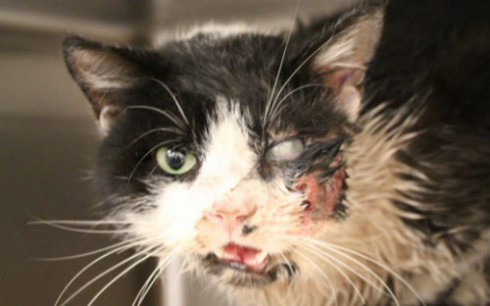 Ellis explained that he was absolutely heartbroken two weeks ago when Bart was hit by a car and seemed to be lifeless. Neighbor Dusty Albritton confirmed that Bart seemed lost, saying, “I saw him with my own eyes. I know he was dead. He was cold and stiff.”

With another neighbor’s help, Ellie buried the 23-month-old feline in a grave. Everyone thought that was that until Bart showed up at a neighbor’s house nearly one week later. He was weak, dehydrated and in need of medical attention. It also looked like he was attacked by another animal in the meantime. But, he was alive!

To get Bart treatment, Ellis brought him to the Tampa Humane Society, where the workers were similarly dumbfounded. They said on their website, “We have seen many amazing cases at our full-service veterinary clinic, but this situation may take the cake.”

Bart (also called Markie) underwent surgery to repair his broken jaw and remove a damaged eye today and will have to spend a few days in ICU. In an effort of offset the veterinarian fee for her friend, neighbor Dusty set up a Go Fund Me page. They’ve already exceeded their $1,500 goal by more than $1,400 — demonstrating many are touched by what Ellis calls a “miracle” story.