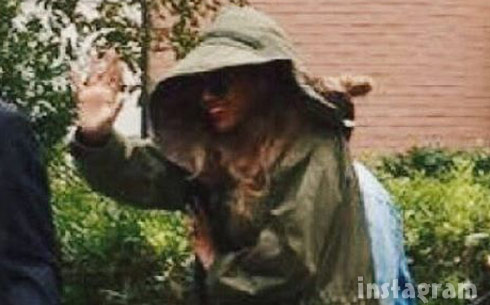 Beyoncé was spotted on the campus of USC today, at the state-of-the-art USC McKay Center. While Queen Bey has not confirmed her presence on campus, rumor has it that she is visiting the school’s athletic center to get in some practice for her upcoming performance at the Super Bowl. According to E! News, “Her dancers were dancing and rehearsing…They blocked everything down and the windows so nobody could see.” Although she tried to cover up with a big green parka, it was impossible to disguise the presence of a goddess among mortals. Needless to say, social media quickly blew up:

Just got kicked out of the weight room because Beyoncé is here ??

Go to ice in the training room and Beyoncé comes out of no where to practice in the USC weight room ? pic.twitter.com/Rut2fKScAY

Perks of USC: seeing Beyoncé practicing for the Super Bowl on campus ?? pic.twitter.com/EMd1E7zPYO

Beyonce at USC – the atmosphere is like the second coming of Christ. People are out and READY.

Beyonce was just at USC and I’ve never been prouder to attend this university. If someone sees me licking the ground on campus, don’t judge.

when the goddess Beyoncé visits USC and you are only 10 ft from her glory #beyonce #usc pic.twitter.com/cke4vCiOOg

ESPN confirmed that Beyoncé will be joining Coldplay and Bruno Mars on February 7 to perform at the Super Bowl Halftime Show at Levi’s Stadium in Santa Clara, California. Beyoncé last performed at the Super Bowl in 2013, at the Superdome in New Orleans. Although ESPN reports that Queen Bey is not being paid for her appearance, she is likely to get a sales bump for the new Coldplay album, “A Head Full of Dreams,” on which she is a collaborator.