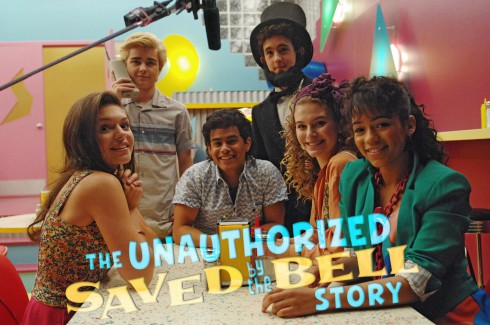 Tonight is the premiere of Lifetime’s The Unauthorized Saved by the Bell Story — a TV movie that’s already been celebrated by snarkers and denounced by many of the original show’s stars.

“We know the lives we led. I have no idea what their picture of it is,” Elizabeth Berkley, who played Jesse Spano, told Us Weekly in July.

Despite what Elizabeth said, the “picture” the movie is based on is actually quite clear: In 2009, Dustin Diamond published Behind the Bell, an unfavorable tell-all about the drugs, threesomes and otherwise crazy things that went on behind the scenes of the popular TV show. Tellingly, the Lifetime movie is also from his point of view — as demonstrated in this clip from the first five minutes when “Dustin” pushes “Mark-Paul Gosselaar” out of the way to announce “this is my story.”

However, The Unauthorized Saved by the Bell Story isn’t exactly an adaptation of Dustin’s memoir… After the book was published to widespread criticism from others involved in Saved by the Bell, Dustin admited it was largely embellished and claimed the finished product was just based on a short conversation with a ghostwriter. The movie, he told Time, is based on his own clarifications. 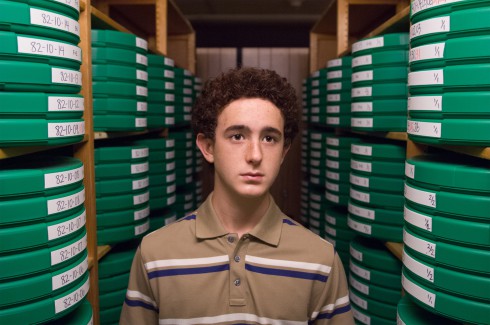 What is still really strange about the situation is that, despite being credited as Executive Producer, Dustin confessed he hasn’t read the script or seen the film.

“No one who is writing this was there,” he conceded. “I didn’t talk to [the writers] really, so how did they research? I’m going to watch with very nervous hopes.”

According to Buzzfeed, writers of the movie actually relied on independent interviews to supplement Dustin’s testimony. One person they may have contacted? Lark Voorhies, the only original cast member besides Dustin who supports the movie.

The Unauthorized Saved by the Bell Story premieres on Lifetime tonight at 9/8c.

Who is Dustin Diamond’s girlfriend Amanda Schutz, aka Loli Pop the Clown?