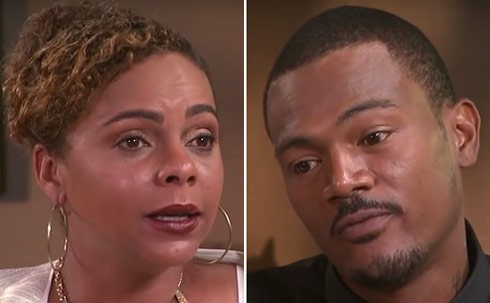 Where’s Principal Belding when you need him!?!

Former Saved By the Bell star Lark Voorhies finds herself in the news for all the wrong reasons as the fallout from her split with former gang member Jimmy Green worsens.

To whom this may concern. I am single! Jimmy couldn’t fork up a dime for our divorce. There’s an active restraining order that he continues to violate. No sex tape even physically exists. Do you really think he could afford a camera? I gave him money multiple times and put minutes on his Obama phone. You better take a U-Turn on that bus. Everyone in Pasadena knows you’re a joke. Gang Member? You lost your job at Taco Bell. Your penis is NOTHING to brag about! Is it normal for a penis to smell like corn chips? I chose to not be in the spotlight. I am an amazing author (3 Books on Amazon) and I am currently working on a short film that I wrote & directed and putting the final touches on my highly anticipated album! I’m too busy to interact with you bugaboos. Take care and god bless! LV

Voorhies took to Twitter claiming that she was hacked:

I truly apologize! It seems as though my Instagram account has been compromised to the most fullest.… https://t.co/wyZXD35waL

Now Green is telling Radar Online that he has a sex tape featuring Lark that he’s willing to part ways with if someone is willing to fork up, say, $2 million.

Green emphasized that the footage is most definitely adult in nature. “Anybody who sees it would be surprised. Ain’t nobody seen Lark like that! We don’t do nothing regular. The tape shows everything.”

While Green says he’s willing to sell out Voorhies with a tape he acknowledges was made just for the pair, he wants everyone to know he means his ex no harm. “Lark is cool. She’s still my friend. I love her and I don’t want to hurt her. I wish the best for her,” he said.

Back in October, ET confirmed that Voorhies filed for divorce from Green just 6 months after the pair married in Las Vegas. Lark’s mother, Patricia, filed for a restraining order against Green in June saying that she lived in fear that he might “cause her physical harm.”

Patricia felt Green was taking advantage of Lark, whom she described as “psychologically, mentally, and emotionally fragile.” Patricia told People in 2012 that Lark had been diagnosed with bipolar disorder.

Voorhies and Green taped the following bizarre interview with ET-back in July-in which she stated that Green was not taking advantage of her, adding that “I’ve always been mentally healthy.”

Yesterday someone tweeted to Lark that Green was threatening to rob her and was ranting about her and she replied, “Im Reporting him to the local authorities.”

VIDEO What is The Unauthorized Saved by the Bell Story based on?