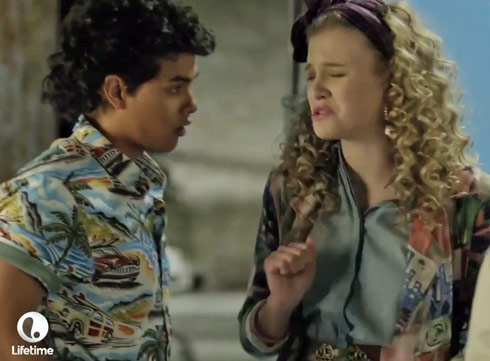 After watching the first footage, via Buzzfeed, released for Lifetime’s upcoming Saved by the Bell movie based on Dustin Diamond’s tell-all book – I honestly have no idea what to think.

We got some Bell Biv DeVoe, kids that cartoonishly don’t really look like the original show’s stars they’re trying to portray and overall awkwardness as all of the cast apparently don’t like each other in a teenage angst sort of way.

Are you ready for a bizarro look at whatever this is gonna be? Tough – here it is anyways:

I do hold out one hope, and I credit Kara Brown over at Jezebel for the thought, this has all the making of something sooooooo bad it could be good.

If it’s just bad without being gloriously bad I guess Mr. Belding will be forced to put this out of line movie in TV detention.

If you’re looking for the 411 on the cast you can get all those deets and pics here.