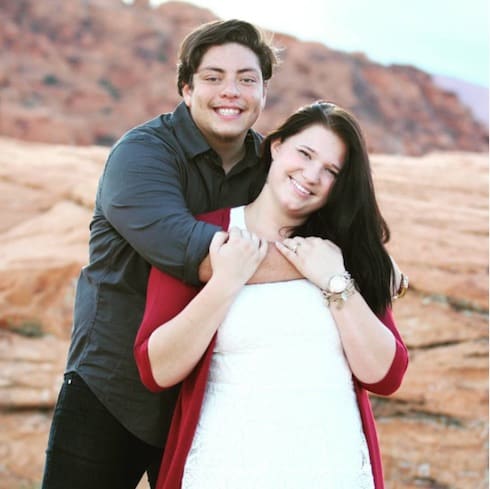 Christine Brown, star of TLC’s reality TV series Sister Wives, received quite a shock when her daughter Mykelti brought up the subject of marriage during last week’s season premiere. Mykelti, who is 19 years old, had only been dating her boyfriend Tony for five months before she told her mother that he wanted to ask for her hand in marriage. In a deleted scene from the episode, Christine explained why she didn’t think it’s a good idea for her daughter to rush her wedding.

The polygamous Brown family is still reeling from the catfish scandal Meri got caught up in last year, but Kody and his four wives are all committed helping celebrate and plan a wedding for one of his daughters, Maddie, whom Kody shares with his second wife Janelle. But Maddie’s sister Mykelti (whom Kody shares with his third wife Christine) is anxious to follow in her footsteps. Mykelti’s boyfriend Tony asked her father Kody for her hand in marriage, but Kody and the rest of his wives all agreed that the timing just wasn’t right for their dream August wedding.

“Mykelti is really holding firm to wanting to get married in August and I even spoke to her about it later and I just told her, you know, ‘August is really soon after Maddie’s wedding,’” Christine told cameras in the clip.

Christine explained that she, Kody and the rest of her fellow sister wives Janelle, Meri and Robyn are all focused on helping Maddie plan her wedding, and won’t have any time to helping Mykelti plan hers. Mykelti also wants her wedding to be in August so she could have an outdoor ceremony, but an August wedding date means that the Browns will only have two months after Maddie’s wedding to plan Mykelti’s.

Just got out of Tony's best friends wedding. It was so beautiful and I'm so happy for the new couple. Tony looked good as the best man.

“In my realistic mind, do I really think that Mykelti and Tony would elope? Yeah,” Christine said. “I know she’s really frustrated that no one’s been excited for her, she hasn’t had the reaction she was looking for and no, it’s not going to be that special of a wedding if we have two months to plan it. So here it is, we’re going to throw Maddie this beautiful, wonderful wedding and because Mykelti doesn’t have the vision to wait, she’s just gonna have this hurry, slam bam wedding that isn’t gonna be that great. And I would like her to have a really nice wedding.”

Watch the full deleted scene above and be sure to catch the upcoming episode of Sister Wives, airing Sundays at 8 p.m. on TLC.