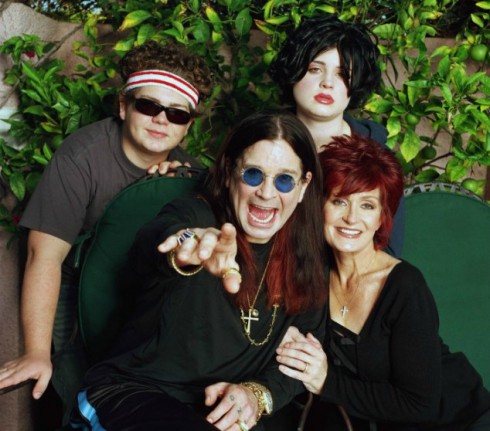 We don’t know where or when… But The Osbournes is coming back with new episodes!

“It’s not as much coming back as a proper series [but] as an update,” Sharon Osbourne revealed on The Talk on Tuesday. “At most there’ll be only six to eight episodes. It’s a catch up on our lives and where we are now.”

Just last year, Sharon said rumors the show was returning were “absolutely not true.” But, she said this week that husband Ozzy Osbourne convinced her, Kelly Osbourne and Jack Osbourne to give it another go: “He looked back on his life and he said, ‘I wish we could have done The Osbournes now where I am clean and sober.'”

Besides, Sharon said the family has “so much to talk about,” including Ozzy’s upcoming tour with Black Sabbath and the big developments in her kids’ lives since the original MTV series ended nearly one decade ago.

“It has been so long since we’ve been seen as a family and our family has grown. We have a grand-daughter and a gorgeous daughter-in-law,” she said of Jack’s daughter, Pearl, and wife, Lisa.

The Emmy-winning reality show originally aired on MTV from 2002 until 2005. The network hasn’t addressed Sharon’s announcement, so it’s unclear whether the new episodes will air there or on another channel.