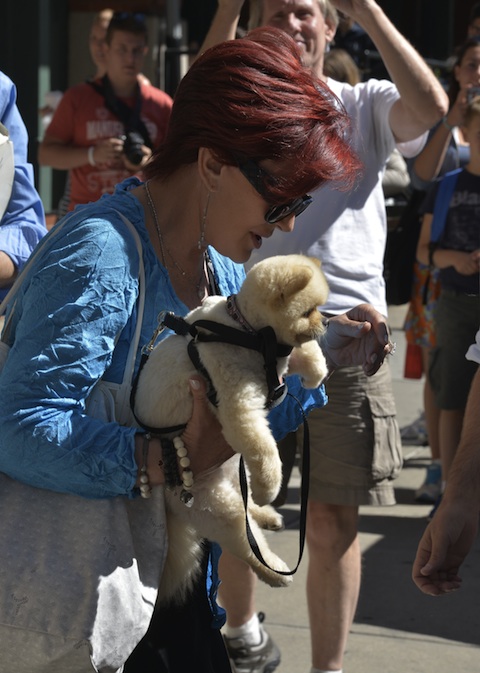 You guys knew that Sharon Osbourne and Jay Leno used to be a thing, right? It’s true: Way, way back in the day, for about a week and a half, the two were an item. Now, Sharon has opened up about why the coupling didn’t last–and the reason may surprise you.

Then again, maybe it very much will not.

Osbourne was a recent guest on Howard Stern’s radio show, and she dished about The Lenster’s sexual prowess. (Or his total lack of it, am I right?)

The two were together for one hot minute back when Osbourne, now 64, was 25. And she does mean a minute:

“Talk about when you had sex with Jay Leno, go ahead! I love that story,” said Stern.

“Well, it only took a minute, so I’ll just say, it took a second, that was it,” replied Osbourne.

And it wouldn’t be Sharon without some F-bombs: When Stern asked if she had at least had a pleasurable experience, Sharon’s response was “F*** no, it wasn’t long enough.”

Stern tried to get Sharon to describe Jay’s–ahem–attribute, thinking that maybe it was what she had in mind when she said something wasn’t long enough. But Sharon shut that thinking down right away: “I don’t remember, and you can’t see past the chin anyway.”

Here’s the full interview. Get a warm drink and a tasty snack:

At least it ends on a sweet note. Leno is partially responsible for Sharon meeting Ozzy? That’s sweet. And great fun for the rest of us, since Sharon and Ozzy’s marriage has produced some of the most absurd, most quotable moments in reality television history (heavy metal category).

So now we know who the real Iron Man is.