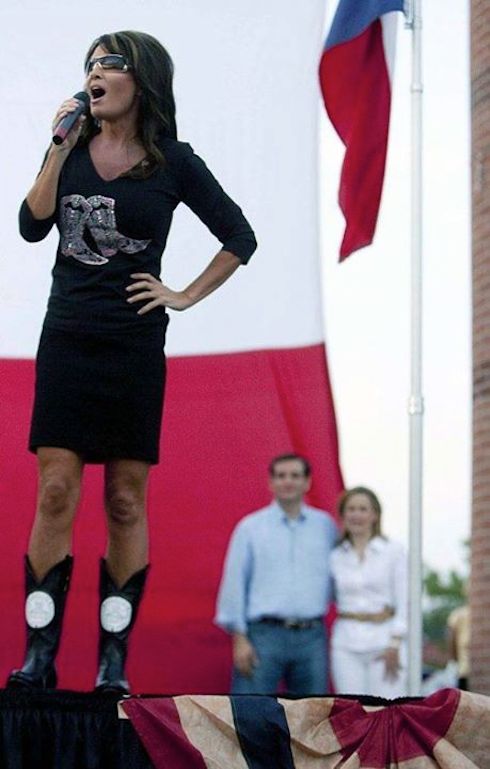 In an interview on CNN’s program State of the Union, former Republican vice presidential candidate Sarah Palin implored immigrants to America to learn English. New arrivals in the country should “speak American.”

Sarah Palin was asked to weigh in on the ongoing fight between Donald Trump and Jeb Bush regarding bilingualism–and, to a greater and more nebulous extent, Trump’s dismissal of Mexico as a whole. Earlier this summer, Trump said that Jeb Bush would not be making as big a deal out of Trump’s dismissive comments if his wife were not from Mexico.

The question, and Palin’s response, begin at about the seven-minute mark:

“You know,” Palin said, “I think we can send a message that say[s], a, You want to be in America? You better be here legally, or you’re outta here; b, when you’re here? Let’s speak American.”

Palin did continue and clarify her remark: “I mean,” she began, “that’s, let’s be, let’s speak…English, and that’s, kind of, a…kind of a unifying aspect of a nation.”

Palin further noted that she took Spanish and French in high school. “Shouldn’t’ve taken em both,” Palin said, “’cause I got em all mixed up by the time I was graduating.”

The Inhofe Amendment, which was the most recent attempt to make English the national language of the United States, passed the U.S. Senate in 2006, but failed to pass in the House.