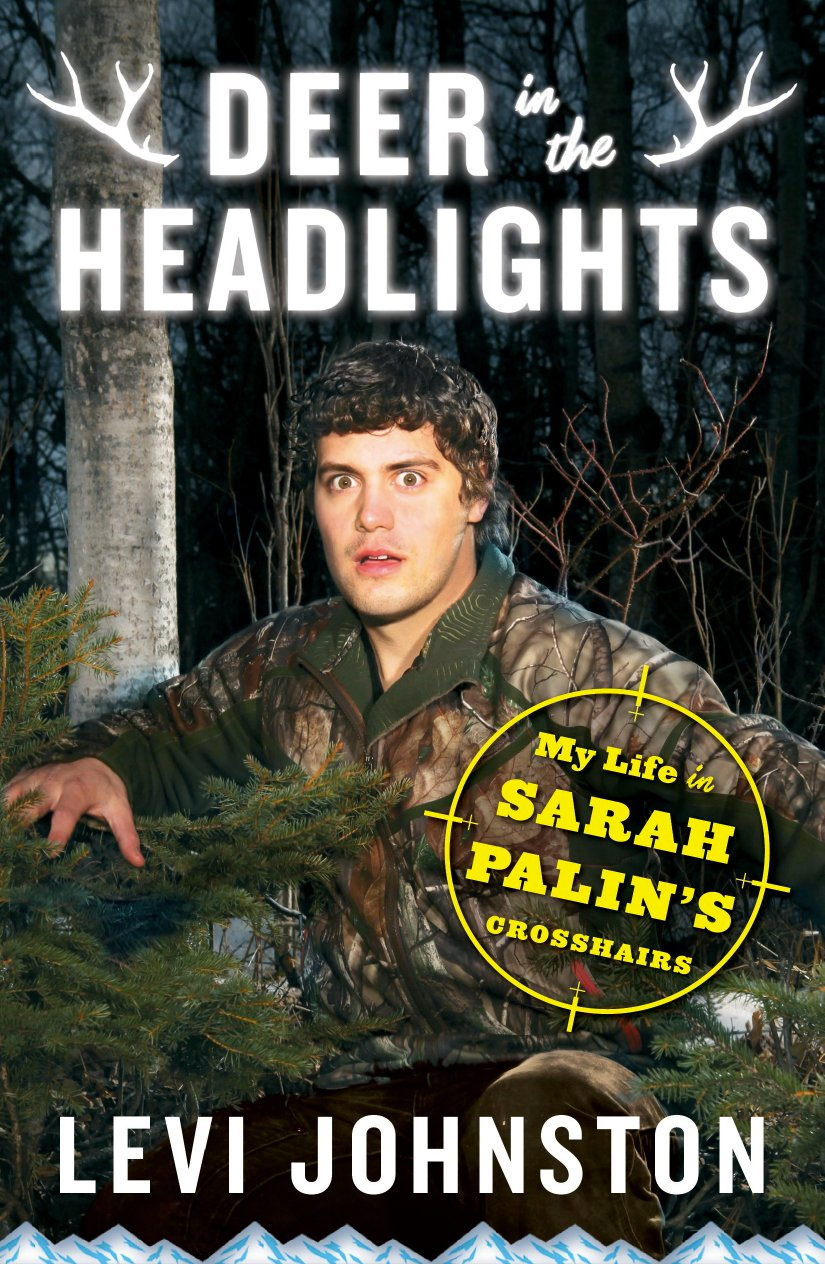 The book cover for Levi Johnston’s autobiography Deer In The Headlights: My Life in Sarah Palin’s Crosshairs has been released and I can’t decide if it’s one of the worst book covers ever or one of the best. (You can click on the image above for a larger version to contemplate this conundrum for yourself.) I’m leaning toward the latter with the assumption that something this campy and ridiculous had to be intentional. (Right?)

The premise of the photo is that we are seeing Levi Johnston from Sarah Palin’s viewpoint, just as she stumbles upon him in the woods after tracking him for days, rifle in hand, ready to shoot. Can you imagine the photoshoot for this?

I can’t even fathom what the conversation was in the design room.

LEVI: “Could you put antlers on there? On either side of the title? Awesome! Can you make them glow? DUDE! Awesome! Oh you know what would be badass? mountains all along the bottom! OK. Yeah, that’s cool. Is there any way to make ’em look more Alaska-y? Maybe put some snow on ’em? BOOM! There ya go! Now, I was thinking we could put actual crosshairs on there, whatya think?”

Deer In The Headlights is due out September 27, but you can pre-order yours now on Amazon! (I don’t know what happens if you order the book now and they switch the cover to something more dignified later – I hope you would still be able to get the original masterpiece.)

Actually, I was thinking they could just go with his campaign poster.

Taschen’s $1,500 ‘The Stan Lee Story’ book due out this month is seeming like a bargain