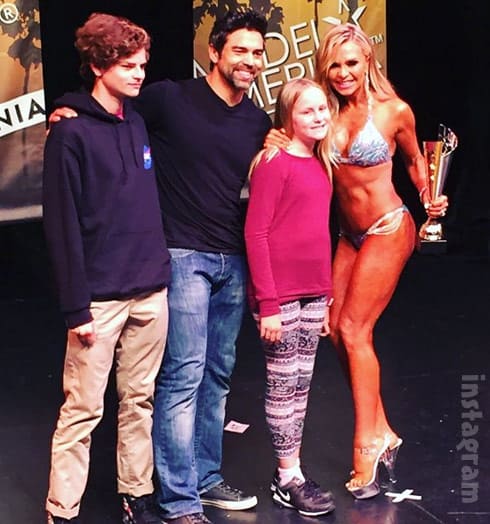 Saturday was the culmination of months of hard work and dedication for The Real Housewives of Orange County‘s Tamra Judge as she finally took the stage in her first fitness competition!

The very social media friendly reality star shared numerous photos prior to and after the competition, showing off the spectacular results of her training. Above you can see Tamra proudly posing with her trophy along with husband Eddie Judge, daughter Sophia, and son Spencer. (At least I assume that is Spencer. It’s been a long time since I’ve seen a photo of him and he has REALLY grown — as has his hair!)

Next is a shot of just the fittest couple on Bravo:

So proud of this woman @tamrajudge #champion #goaldigger #workhard #prepwithmia

And here is Tamra prior to the competition showing off her comic book superhero leg just after her competition spray tan session with Lindsay of Million Dollar Tan: 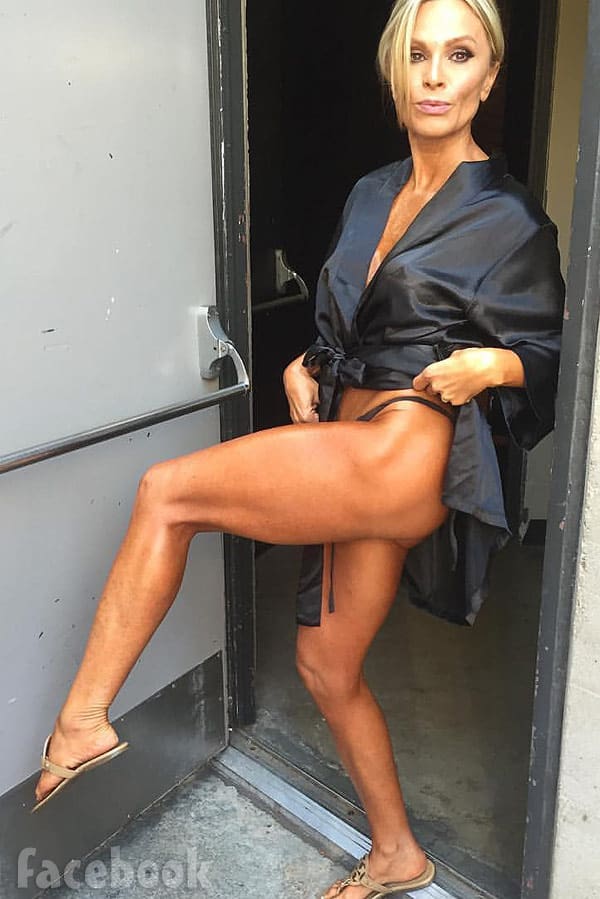 Just in case photos weren’t enough to satisfy your appetite for totally toned Tamra, check out this video of her pumping some iron just before show time in her blinged-out stage bikini:

Hard work, determination and it all comes down to tonight. Thank you @mia_finnegan for training me and being so dedicated. Thank you @juliusmichael1 from @juliusmichaelsalon for the amazing #hair you always do for me and for being a dear #friend. Thanks @missm1437 for my amazing #makeup always. Thanks for @milliondollartan for making me look pageant perfect! #fitness #glamorous #RHOC #tamrajudge #juliusmichael #love my #glamteam so much!

Another couple shots of Tamra in her stage attire (high heels and all) the day before the competition:

F Me because if this is what "Grow Old Gracefully" means then bitches got a lot of work to do! Why didn't my grandmother look like @tamrajudge?? So proud of all the hard work and dedication my friend #tamrajudge put in to her body in the past year. She's is just the example of "hard work pays off" tomorrow the world will get to "judge" her in the #musclemania #fitness competition. Can't wait to see her walk on that stage and own it! #RHOC #body by @mia_finnegan for #cutfitness

The blingkini wasn’t Tamra’s only stagewear, however. Here she is backstage in her other two-piece look along with her spray tanning guru Lindsay: 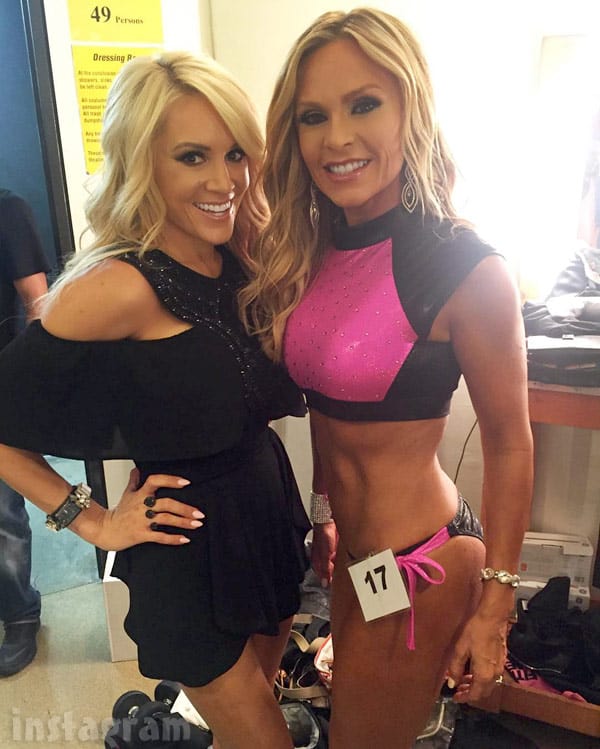 The CUT Fitness Instagram account shred this next photo of Tamra on stage with her competition sporting the two-piece above and proudly holding a CUT Fitness surfboard:

Update! This girl looks hot! Competition is about enjoying the journey. Today is all fun and games. Take life too serious and it's no long worth all the hard work put into something you love to do. Thank you for all your support. ❤️❤️❤️ ~eddie

Even though Tamra looked AMAZING, don’t think for a second she wasn’t still nervous about the competition. “I Got this!……then why am I crying?” Tamra asked on Facebook, along with a text graphic of “The Athlete’s Prayer.” She added: “I’m so nervous! Thank you friends for all your support, (almost) everyone on my board has been so uplifting throughout my journey. I hope I inspire others to set a goal big or small and follow through with it. ‪#‎ThisOneIs4YouSidney‬ ‪#‎musclemania‬”

Bring on the nachos

In case you missed it, Tamra originally planned to debut her toned frame at an event in April, but those plans were derailed after her ATV accident with RHOC co-stars Vicki Gunvalson, Heather Dubrow, and Kelly Dodd on April 2. The accident was merely a setback, however, as Tamra adjusted her goals and set her sites on the May 28 event.

Congratulations to Tamra on all of her hard work. We look forward to seeing more behind-the-scenes of her fitness journey when The Real Housewives of Orange County Season 11 premieres Monday, June 20 at 9/8c on Bravo.