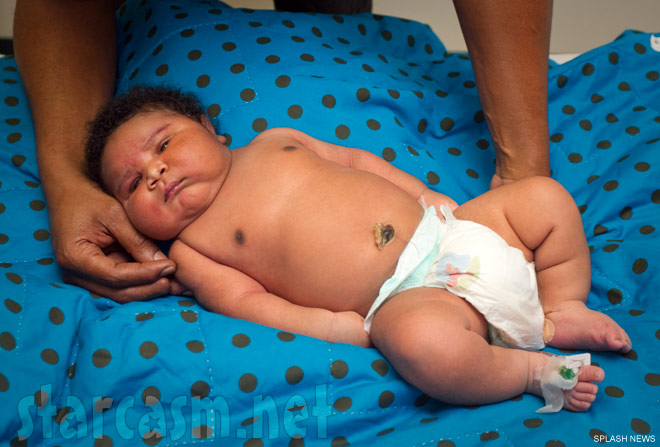 I suppose I am obligated to start off this post by stating, “They say everything is bigger in Texas!” The cliche certainly seems to hold true for Janet Johnson and Michael Brown of Longview, Texas who are the proud parents of son JaMichael Brown, who tipped the scales at just over 16 pounds at birth!

Janet, who has three daughters, was expecting her first son to be a large baby, but not that large. Doctors estimated JaMichael would weigh somewhere between 12 and 13 pounds prior to his delivery (a week early!) via Cesarean on July 8.

“I can’t believe he’s that big. A lot of the baby clothes we bought for him will have to be returned. They’re already too small for him to wear,” mother Janet Johnson, 39, said in an interview. 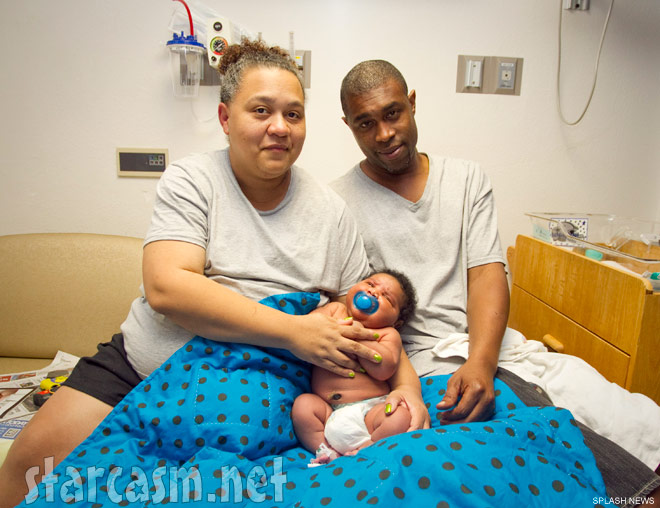 The main reason for JaMichael’s extreme size is the fact that his mother had gestational diabetes during her pregnancy. The headlines have caused many to wonder how the baby was allowed to get as big as he did and why the doctor’s estimates on the weight of the baby were so far off.

Dr. Manny Alvarez, who writes a health blog for Fox News, had this to say in his post titled “16-Pound Baby Breaking Records for the Wrong Reasons:”

Gestational diabetes is a condition where there is too much sugar circulating in the mother. The sugar is easily transferred to the fetus in utero, which leads to weight gain.

…glucose testing of the mother is imperative, as well as serial ultrasounds to monitor fetal weight gain. Babies that are excessively overweight are at risk for many complications, including not only birth trauma and electrolyte abnormalities, but unfortunately in-utero fetal death is also a possibility.

Thankfully, from what I have read, this child seems to be okay, but let us not lose sight of this: 16-pound babies should not be celebrated, but rather serve as a warning that if monitored poorly, pregnancies can suffer unexpected negative consequences.

As Dr. Manny says, thankfully JaMichael appears to be relatively healthy. He will spend a few days in the Neonatal Intensive Care Unit to regulate his blood sugar, and then return home with his anxious parents.

“I’m happy,” mom said. “We’ll be here for a few more days, and then I’m looking forward to bringing JaMichael home and just loving on him.”

Here is an extended video segment that appeared on ABC’s Good Morning America talking about JaMichael and large babies in general:

Historians are currently checking to see if JaMichael is the largest baby in Texas history. As far as the heaviest baby ever, according to the Guinness World Records, that distinction belongs to a baby delivered to Ann Bates in Ohio in 1879 that weighed an astounding 23 pounds, 12 ounces! More reccently a 19.2 pound baby was born in Indoneisia in 2009, making a big splash on the internet.