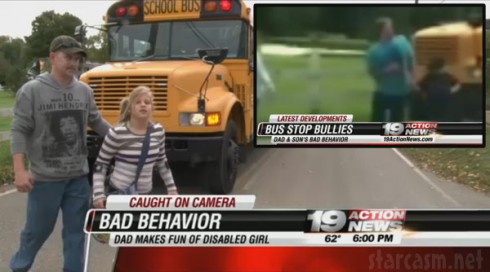 We have a new nominee for Douchebag of the Year. Trisha Knight of Sparta, South Carolina caught her neighbor, 43-year-old William Bailey, and his son appearing to mock her 10-year-old daughter with Cerebral Palsy as she was getting off the school bus.

And it appears Knight and her family have cause for concern — and not just because of their neighbor’s disgustingly tasteless mocking of their daughter. William Bailey was previously arrested for and found guilty of aggravated menacing earlier in the year after “firing a shot in the direction of a utility worker!” Here’s his mug shot photo: 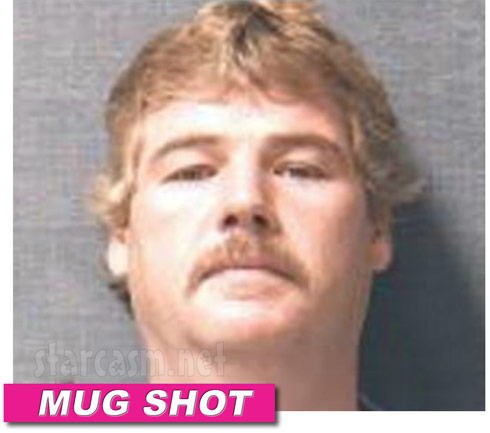 Action News 19 later returned and talked with with the girl’s father, Mike Knight, who tells the interviewer, “I don’t even have words for that. It’s ridiculous to even attempt to sound like there was a reason … to be walking like that.”

While reporters were filming, they actually heard what they claim to be gun shots coming from Bailey’s residence.

The neighbors are reportedly in some sort of family feud, which escalated to the mocking scene caught on tape by Trisha Knight. She will be in court later this month in an attempt to get a civil protection order against Bailey.

“I really don’t have anything to say to him right now. Not that I wish to say,” Trisha says.

Mike Knight says, “I’m tired of it, you know? I just want to live my life with my kids with no nonsense, you know, that I have to put up with all the time.”

PHOTOS Proof that ‘The Dress’ is black and blue, not gold and white

Why did Cee Lo Green wear feathers and chainmail to the Grammys?