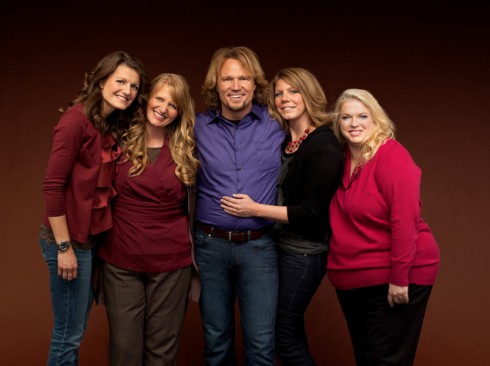 The Brown Family (Kody and his wives Meria, Janelle, Christine, and Robyn) stunned the nation when they openly discussed and filmed their polygymist lifestyle on television last year. It was incredible because it’s a minority behavior frowned upon by many, but also because it’s a felony offense under state bigamy laws, including laws in Utah, where the family lived in Lehi until their show aired.

They said they agreed to be on the show to live a more open life, and help their 17 children not be ashamed or secretive about their family. Some of the adults have memories of growing up having to pretend their father was not their father, and their siblings were not their siblings, and they didn’t want that for their own children.

It was a courageous move, but they had to uproot their entire lives and flee to Las Vegas when Utah launched a criminal investigation against them December 2010. No charges have been made yet by the Utah County Attorney’s OFfice, but the point was clear: it was unsafe for The Browns to be honest about their lifestyle.

Now, they’re fighting back with a lawsuit, not aimed to legalize polygamous marriage, but to not allow states to punish people who choose to “cohabit” with multiple people, as long as they are not breaking any other laws (child abuse, seeking multiple marriage licenses, etc.) There are about 38,000 families living like The Browns, but currently it’s a felony offense in Utah and other states to simply “cohabit” with more than one person.

That’s all The Browns are asking to do, be able to peacefully live as a family as long as they don’t break any other laws. Their attorney Jonathan Turley, a law professor at George Washington University, argues that making polygamous marriages illegal violates “due process and equal protecion clauses of the 14th Amendment, as well as free exercise, establishment, free speech and freedom of association clauses of the First Amendment.”