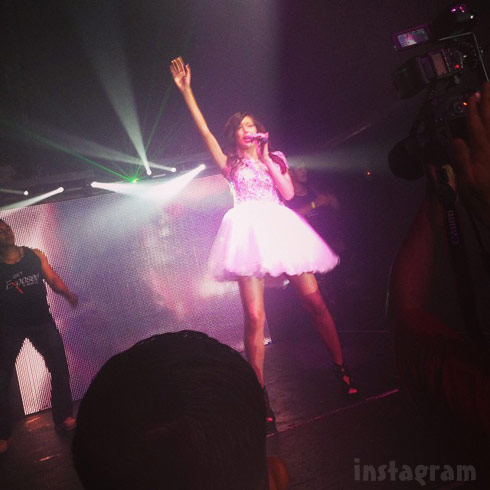 Forget Beyoncé and Jay-Z’s “On the Run” tour, the most highly anticipated live musical event of 2014 happened this weekend at the 340 Nightclub in Pomona, California as Teen Mom reality star turned chanteuse Farrah Abraham treated club attendees with the first ever live performance of her single “Blowin’!”

So far, the only video we have of the historical performance was posted by Farrah Beyoncébraham herself on instagram:

UPDATE – Courtesy of The Ashley from The Ashley’s Reality Roundup, who was in attendance for Farrahpalooza this weekend, we have a couple more clips:

Farrah singing “Blowin'” was just part of the birthday festivities for Farrah’s agent, Johnny Donovan, whom Farrah posed with during a pre-bash meet and greet:

Farrah also served as hostess for an all-male revue, and shared this next photo along with the caption, “#hosting #peepshow @340nightclub 🙂 2 hours till my performance of #blowin” 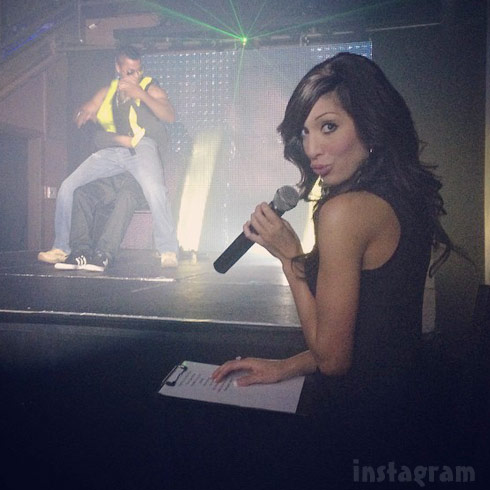 In addition to Saturday night’s event, Johnny had his client booked as host of Industry Lounge & Grill‘s “Go Go Palooza” Friday night which featured another meet and greet during Farrah packed her assets into a tiny metallic silver and fishnet outfit:

Friday night also featured the world premiere of the “Blowin'” Club Banger Remix by Radio Smash. Here are a couple of clips of that (I think), the first of which features Farrah singing along:

The remix version has yet to be released officially, but we’ll keep an eye out and update if Farrah or Radio Smash post it online.