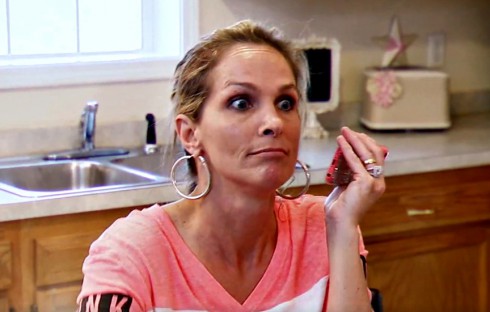 “In the first episode of Gypsy Sisters, the girls are settling into their new living situations as Kayla enjoys her single life, Mellie prepares for a new baby, and Nettie and Joann adjust to having Mellie out of their house,” TLC said in a press release. “Things aren’t all sweet, though, and at Mellie’s baby shower, tempers flare as Nettie and Kayla fight over what Mellie should name her baby.”

Based on the preview for the season, Mellie told both Nettie and Kayla that she was going to name her daughter after them — which led to yet another fight between the cousins. (Spoiler: Find out what Mellie named her baby girl!)

The name issue seems to be just one of many points of contention for Nettie and Kayla, who got into a huge fight when Nettie allegedly made inaccurate claims about Kayla online. As the preview also shows, Mellie sided with Kayla as they sought legal help and ultimately served Nettie with cease and desist papers. Just a reminder: In case you think the ladies play up the drama for cameras, their fights seem to be even more intense when TLC isn’t around!

“Throughout the season of Gypsy Sisters, follow the Stanley women as they deal with births, wild fights, unprecedented tragedy and a real attempt to keep their family from falling apart,” TLC added. “This journey is one like never before, and the Gypsy Sisters must learn that they are better together than they are apart.”

The new season of Gypsy Sisters premieres on TLC on Sunday, May 31 at 10/9c.