Four days ago, the first proper trailer for Mad Max: Fury Road debuted on YouTube. Since then, it’s clocked a staggering 6.5 million views, and left a trail of broken, jubilant brain-pieces in its wake. Because people are going absolutely crazy for this thing: 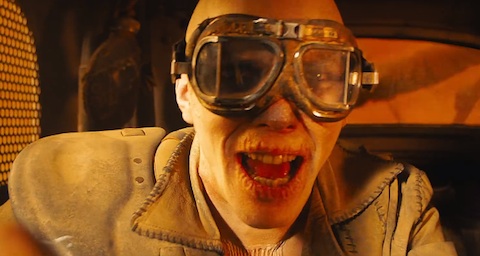 And, in fairness to all of those publications (plus the hundreds of thousands of fanboys drooling in comment threads), it is a pretty intense look at what’s sure to be a really fun summer popcorn movie. Whether it’s short on plot or not, the first installment in the Mad Max franchise in 30 years (it’s fair to call this one a reboot) is doubtless full of enough ‘splosions, crazy cars, half-mad declarations, and bleak landscape shots to fill an afternoon with stimulation. If that’s not the underlying point of the whole endeavor, what is? 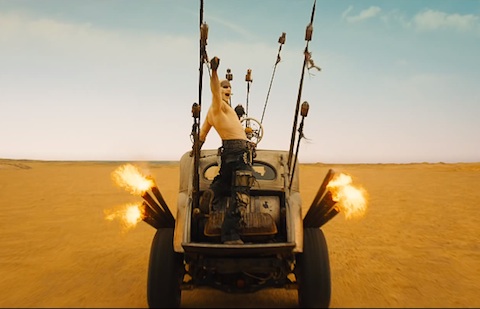 One thing the trailer has hardly at all? Mr. Tom “T-Hard” Hardy, who’s got the title role. The dude’s almost there to be seen; aside from a couple of voice-overs and a couple of “Tom Hardy is pretty” establishing shots, we don’t see him at all. Plenty of Charlize Theron (she goes by “C-Ther,” now, but we’ll stick with her full name), who’s almost unrecognizable. There’s an interesting choice by Warner Brothers.

But it’s also kind of the point with a trailer like this. If you’re a fan of T-Hard (or just his looks [or both]), you’ve been expecting a Mad Max trailer for awhile now. If not, the trailer gives you a glimpse into the gleeful madness of the near-apocalyptic water wars.

In either case, it’s a lovely day for you. Innit? What say, folks? Are you excited for this filmic diversion? Will you be lining up next summer?