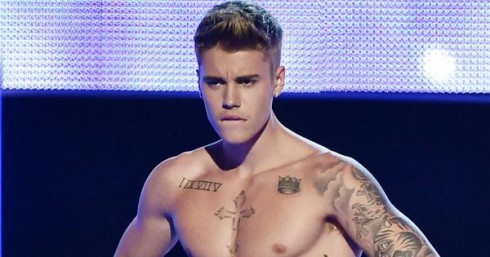 During a surprise appearance at the Fashion Rocks show in Brooklyn on Tuesday night, Justin Bieber was greeted by a booing crowd. In an attempt to change the tone, he then stripped down to his boxers. The strategy still didn’t work.

“I actually don’t feel comfortable unless I’m in my Calvins,” said Justin, who reportedly shot an ad campaign for Calvin Klein earlier this summer. Still, the subsequent strip tease that aired live on CBS was apparently spontaneous.

Even though it doesn’t sound like a successful night, Justin later tweeted his appreciation to the unappreciative crowd — and included a zoomed-in Vine of his Calvins.

Today‘s Hoda Kotb, who was present at Fashion Rocks, confirmed the in-person experience was just as awkward as it looked on television.

“It was totally weird,” she said. “You know what, I felt bad for him. I really did.”